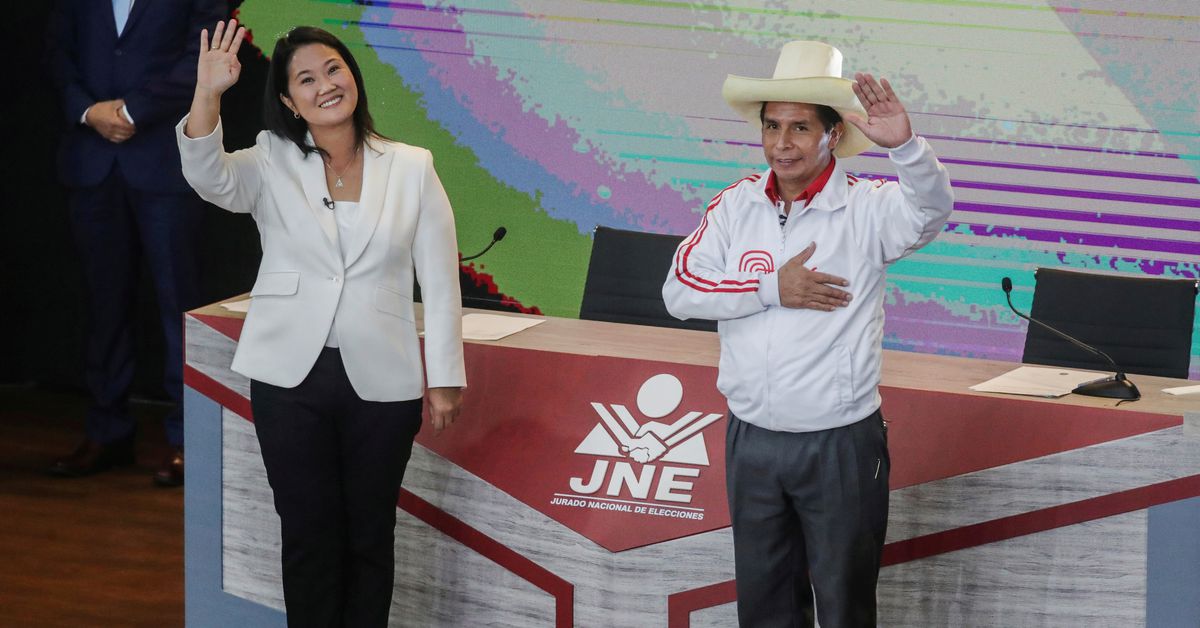 Peru’s right-wing candidate Keiko Fujimori and socialist candidate Pedro Castillo wave at the end of their debate ahead of the June 6 run-off election, in Arequipa, Peru May 30, 2021. REUTERS/Sebastian Castaneda/Pool

The highly polarized election pits Fujimori, the daughter of jailed ex-President Alberto Fujimori, against Castillo, a little-known elementary school teacher and union leader who has campaigned on a socialist platform.

Polls have shown Fujimori catching up to the current statistical tie with Castillo, who has been the favorite since the first round vote in April.

It is illegal within Peru to publish polls during the last week before a presidential election, although those surveys can still be carried out as long as local media do not publish them.