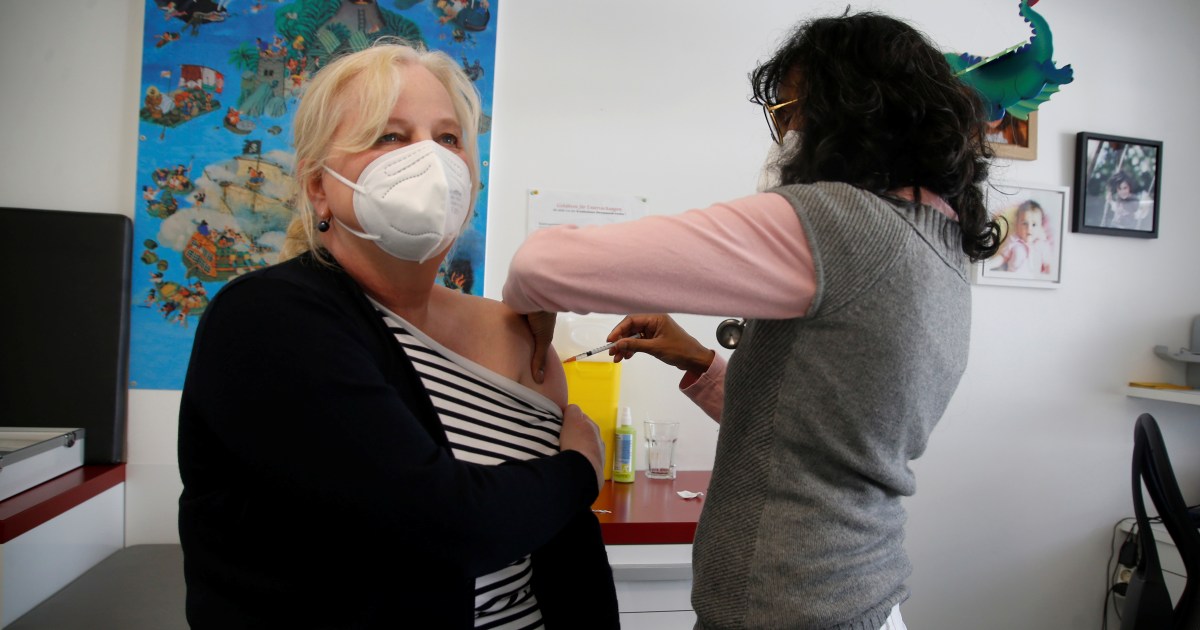 Europe is keen to shore up protection and curb the spread of the more transmissible Delta variant.

Pfizer and Moderna, the manufacturers of two of the most effective COVID-19 vaccines, have raised the prices of their jabs in their latest European Union (EU) supply contracts, according to a report in the Financial Times newspaper (FT).

The price of a dose of the Moderna vaccine was set at $25.50, according to the contracts, compared with $22.60 in the first procurement deal, although lower than the previously agreed $28.50 because the order was larger, the FT said, citing one official close to the matter.

Al Jazeera’s Neave Barker, who is in London, said the price hikes reflected the continued demand for effective jabs and that governments had become a “captive audience” to pharmaceutical companies.

“EU countries are keen to stamp out the spread of the Delta variant,” he said. “And the EU and countries beyond are mulling the possibility of administering a booster jab to improve efficacy.”

Pfizer declined to comment on the contract with the European Commission (EC), citing confidentiality. “Beyond the redacted contract(s) published by the EC, the content remains confidential and so we won’t be commenting,” the company said.

Moderna was not immediately available for comment to the Reuters news agency.

Last Tuesday, the European Commission said that the EU is on course to hit a target of fully vaccinating at least 70 percent of the adult population by the end of September. In May, the EU said it expects to have received more than a billion doses of vaccines by that time from four drugmakers.

The World Health Organization has urged wealthy countries to share vaccine doses rather than go for booster shots, as new outbreaks gather pace in countries in Asia and Africa, where a far smaller proportion of the population has had access to vaccinations.

Israel has begun to offer booster shots to people in their 60s and older and the United Kingdom might start giving out booster shots next month, according to the Daily Telegraph.

Germany might also start offering boosters to the elderly and at-risk from September 1, according to a draft document seen by the AFP news agency, which also recommends promoting vaccination for those aged 12 to 17.

Health Minister Jens Spahn and Germany’s 16 regional health ministers are expected to finalise the plans in a meeting on Monday.