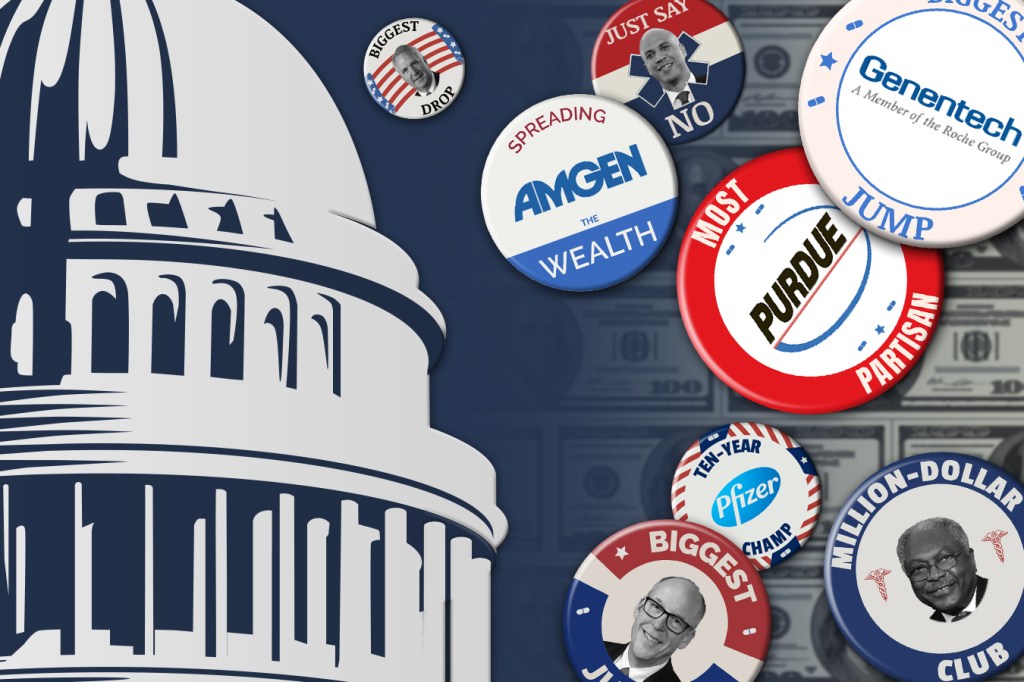 Every year, pharmaceutical companies contribute millions of dollars to U.S. senators and representatives as part of a multipronged effort to influence health care lawmaking and spending priorities. Use this tool to explore the sizable role drugmakers play in the campaign finance system, where many industries seek to influence Congress. Discover which lawmakers rake in the most money (or the least) and which pharma companies are the biggest contributors. Or use our search tool to look up members of Congress by name or home state, as well as dozens of drugmakers that KHN tracks.

Kaiser Health News uses campaign finance reports from the Federal Election Commission (FEC) to track donations from political action committees (PACs) registered with the FEC by pharmaceutical companies. Totals include donations to the principal campaign committees and leadership PACs for current members of Congress. We include only donations to members for election cycles in which they hold office (even if they weren’t in office for the full cycle, in the case of special elections). Donations are assigned to the quarter in which they were given, regardless of when they are reported by the receiving committee or PAC. Exact amounts can change as amendments and refunds are reported; KHN will update the analysis quarterly. Occasionally, refunds are reported in a different cycle from the original contribution, resulting in a negative total for the cycle.

When calculating changes in contributions from one cycle to another, we compare the latest quarter in the current cycle to the same point in the previous cycle for all drugmakers and for members of the House, who run for re-election every two years. For senators, who run for re-election every six years, we compare the current cycle to the cycle six years prior. We use the ProPublica Congress API to gather some information about past and present members. We use both Open Secrets and CQ Political Moneyline to collect additional information about PACs and verify our work.

KHN’s coverage of prescription drug development, costs and pricing is supported in part by the Laura and John Arnold Foundation.