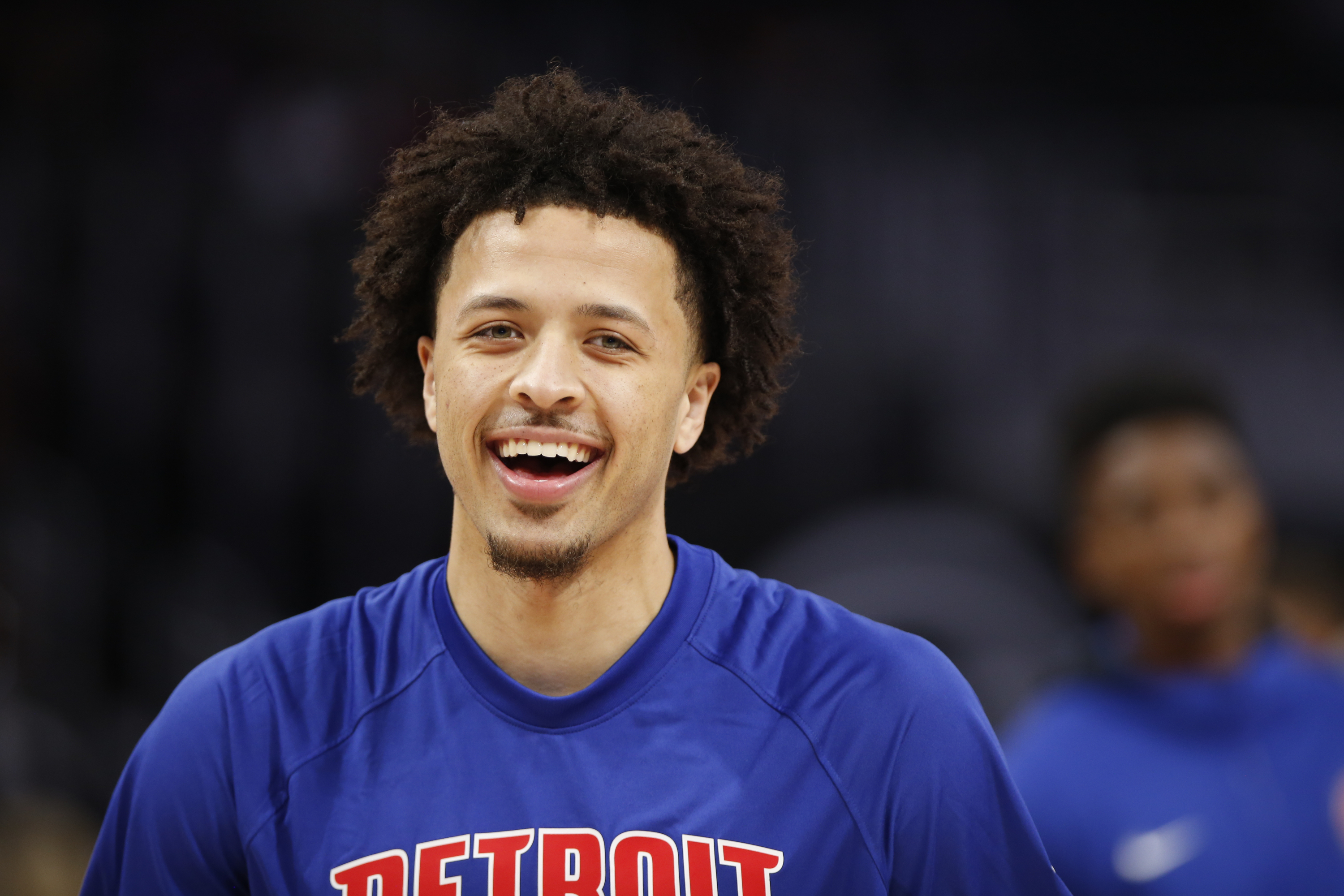 After missing four games with an ankle injury, Cade Cunningham made his much-anticipated NBA debut for the Detroit Pistons in Saturday’s 110-103 win over the Orlando Magic.

The No. 1 overall pick in the 2021 NBA draft was clearly shaking off some rust. He finished with two points on 1-of-8 shooting and grabbed seven rebounds in just 19 minutes.

🚨 Bring out the MotorCade, Detroit. Cade is in the building. 🚨@BallySportsDET | @CadeCunningham_ pic.twitter.com/9QM1B2Wa2Y

Even though the shooting numbers weren’t what Cunningham would have liked, he did make his mark as a rebounder.

Cade Cunningham recorded 7 rebounds in the first half tonight against the Magic, setting the record for most rebounds in a half by a Pistons player in their NBA debut since at least 1997-98 (when NBA first tracked play-by-play data). #Pistons

Per ESPN’s Eric Woodyard, the Pistons’ plan was to play Cunningham between 20-25 minutes. The 20-year-old has been out of action since rolling his ankle during a training camp practice on Oct. 1.

Head coach Dwane Casey told reporters prior to tipoff what he said to Cunningham before his first game as a professional basketball player.

“He told me yesterday that he’s been playing since he was 4, so do what you do since you were 4. So, have fun, compete and don’t worry about mistakes, next-play mentality. Again, we all in this room are grownups, and we understand that he feels the pressure, but he shouldn’t. He should go out and have fun, compete and let everything else take care of itself as he knocks off the rust and gets back in full swing.”

Cunningham’s debut coincided with the Pistons’ first victory of the season. The franchise avoided its first 0-5 start since the 2012-13 campaign.

Things will get better for Cunningham moving forward. B/R’s Jonathan Wasserman compared him as a prospect to Dallas Mavericks superstar Luka Doncic.

Doncic scored 10 points and shot 5-of-16 from the field in his first NBA game. Early struggles are nothing new for superstar rookies.

As long as Cunningham’s ankle responds favorably to game action, the Pistons should be perfectly happy with what he did tonight.

The Pistons have a quick turnaround, with a game against the Brooklyn Nets at the Barclays Center on Sunday night. It’s unclear if Casey will use Cunningham in the second game of a back-to-back right now.