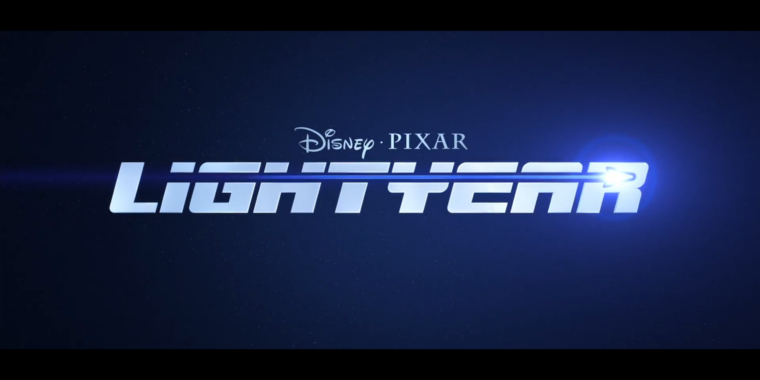 While nobody was necessarily asking for an origin story film about Toy Story character Buzz Lightyear, the combined powers of Disney and Pixar sure seem intent on making such a concept look as appealing and epic as possible. Seriously: if you think the concept sounds like a straight-to-VHS cash-in on paper, we strongly encourage that you watch Wednesday’s dramatic reveal of Lightyear, coming “to theaters” (and no mention of Disney+ thus far) on June 17, 2022.

The film’s debut 90-second trailer, embedded below, skips over the important context found in its “read more” crawl on YouTube, which suggests that the toy version of Buzz Lightyear, who was embraced by Toy Story‘s Andy as a toy, an animated series character, a video game star, and more, was based on someone else entirely. As Disney Pixar explains:

The sci-fi action-adventure presents the definitive origin story of Buzz Lightyear—the hero who inspired the toy—introducing the legendary Space Ranger who would win generations of fans.

However, this description doesn’t clarify whether the more realistic-looking version of Lightyear in next year’s film is as real in the Toy Story version of Earth as characters like Andy (and that this version of our planet is patrolled by “Space Ranger” astronauts) or if this is another fictional story inside that world, from which more cartoonish Buzz Lightyear versions eventually followed. While waiting for Al “Chicken Man” McWhiggin to return our emails on the question, we instead found a definitive answer at Entertainment Weekly, whose reporter Nick Romano interviewed film director Angus MacLane on the matter.

“In the Toy Story universe, [Lightyear] would be like a movie that maybe Andy would have seen, that would have made him want a Buzz Lightyear figure,” MacLane explains to EW. In other words: it’s as if the Michael Keaton version of Batman came before the campier Adam West turn. (Also, if supersonic, interstellar space travel exists on Andy’s Earth, it has yet to be chronicled with definitive logic and science by Disney Pixar. We’ll keep waiting for that spinoff.)

Lightyear‘s premiere teaser emphasizes exploration and a variety of interstellar locales, since it’s otherwise mostly devoid of any dialogue—with the massive exception of new character voice actor Chris Evans (Captain America) offering an abbreviated blurt of “and…” at its conclusion. He says this to his apparent crewmate, a new character named Alicia Hawthorne, who begins the sentence with the familiar call-out of “to infinity.” As of press time, Hawthorne’s voice actor is uncredited—though throughout the trailer, we see this new character in both full Space Ranger regalia and in more subdued control-room garb, so she’s likely to figure largely in the final film.

If you’re looking for an epic sci-fi universe worthy of Andy’s childhood adoration, this trailer has it in spades. A swampy, Dagobah-like planet, which Lightyear examines with a rusty, bipedal droid at his side. A NASA-grade preparation, countdown, and launch sequence, punctuated by a mysterious power source being loaded into a spaceship. A hyperspeed blast of a one-man spacecraft toward and past an apparent version of Earth’s Sun. Lightyear’s eerie, lonely stare-down of a colonized, Mars-like planet while dressed in sweats. A harrowing dive through inky-black space, with the only light coming from his own deteriorating spaceship. And a creepy, talking robo-cat that Lightyear apparently befriends at some point but is clearly reluctant about.

The trailer is punctuated by arguably the 18 quadrillionth use of David Bowie’s “Starman” in a film trailer, albeit with its traditional guitars and percussion replaced by a full string section and thunderous drums. Today’s reveal caps off a vague mention that sneaked past a lot of fans in March of this year, when Disney’s massive slate of internal, Marvel, Pixar, Fox, and other studios’ films included a text-only blurb on something called “Lightyear” coming in June 2022. That’s apparently what this film is, though a ton of questions—particularly about connections to other fictional characters in the Buzz Lightyear toy-verse—will likely remain unanswered until the film gets closer to its theatrical launch.