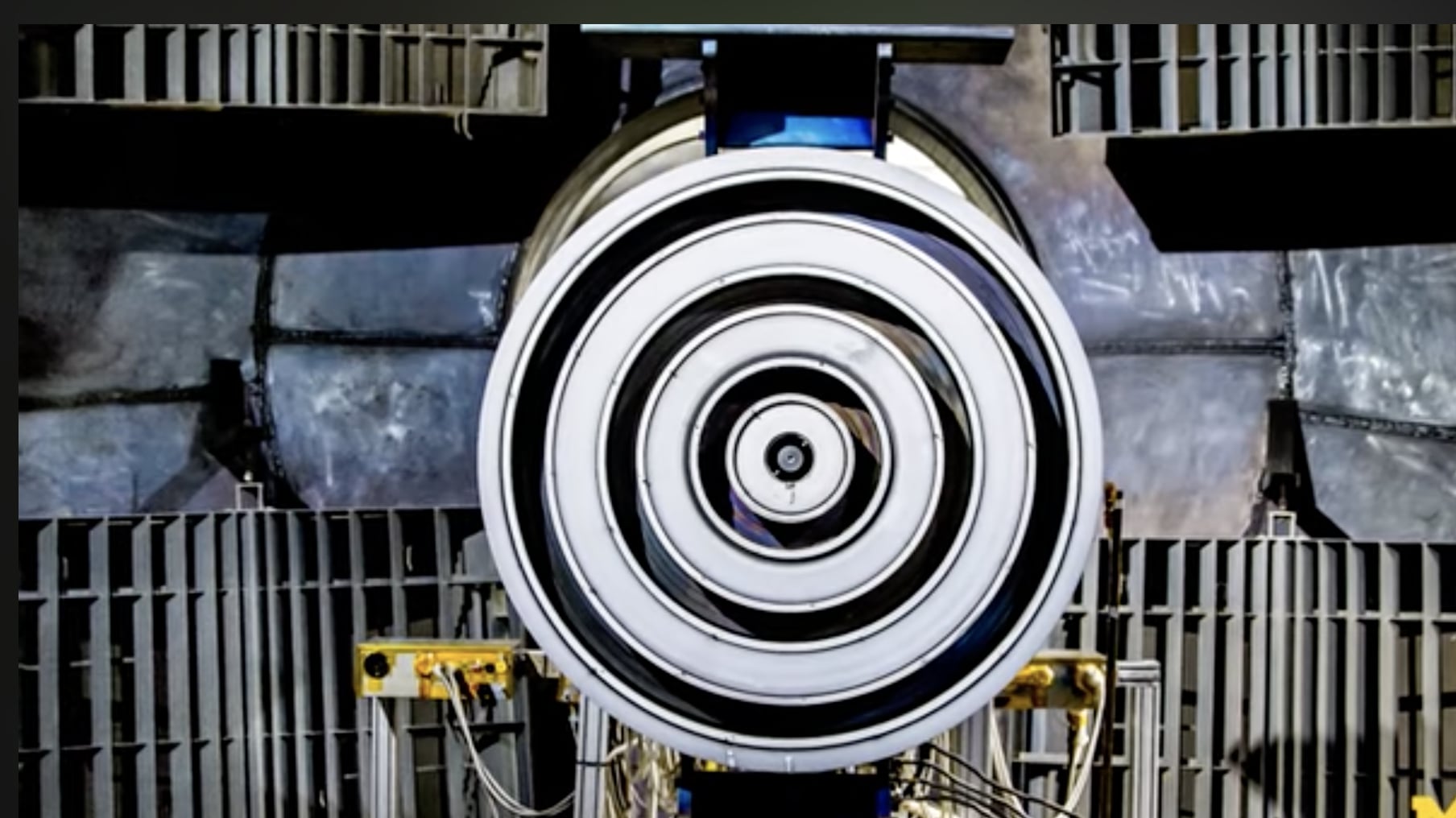 His team challenged ran a 9 kilowatt-rated Hall thruster at up to 45 kilowatts while maintaining roughly 80% of its nominal efficiency. This increased the amount of force generated per unit area by almost a factor of 10.

Hall thrusters are a well-proven technology. Previously, making larger and more powerful Hall thrusters would lose any higher power benefits from the higher mass. It turns out the old limit was not physics-based limits but engineering issues.

Now super-powered Hall Thrusters have a path to be made light and powerful enough to power high ISP megawatt propulsion.

Hall thrusters are able to accelerate their exhaust to speeds between 10 and 80 km/s (1,000–8,000 s specific impulse), with most models operating between 15 and 30 km/s. Old devices operated at 1.35 kW produce about 83 mN of thrust. High-power models have demonstrated up to 5.4 N in the laboratory. Power levels up to 100 kW have been demonstrated for xenon Hall thrusters. The new systems could achieve 40-100 newtons of power at megawatt power levels with up to 8000 ISP (80 km/second).

There will still be a need to create megawatts of light solar panels or megawatt-class space vehicle-class nuclear power sources.

As of 2009, Hall-effect thrusters ranged in input power levels from 1.35 to 10 kilowatts and had exhaust velocities of 10–50 kilometers per second, with thrust of 40–600 millinewtons and efficiency in the range of 45–60 percent.

Magnetoplasmadynamic (MPD) thrusters were expected to have much more power into smaller engines. However, MPD are unproven in many ways, including lifetime. Hall thrusters were believed to be unable to compete because of the way they operate. The propellant, typically a noble gas like xenon, moves through a cylindrical channel where it is accelerated by a powerful electric field. It generates thrust in the forward direction as it departs out the back. But before the propellant can be accelerated, it needs to lose some electrons to give it a positive charge.

Running with xenon, the conventional propellant, the H9 MUSCLE ran up to 37.5 kilowatts, with an overall efficiency of about 49%, not far off the 62% efficiency at its design power of 9 kilowatts.

Running with krypton, a lighter gas, they maxed out their power supply at 45 kilowatts. At an overall efficiency of 51%, they achieved their maximum thrust of about 1.8 Newtons, on par with the much larger 100-kilowatt-class X3 Hall thruster.

They will need to make the cooling system work in space at these high powers. They are optimistic that individual thrusters could run at 100 to 200 kilowatts, arranged into arrays that will provide a megawatt’s worth of thrust. This could enable crewed missions to reach Mars even on the far side of the sun, traveling a distance of 250 million miles.

Mission Tables for the Solar System

There will still be challenges to keep all systems on vehicles powerful and lightweight for maximum performance. Travel times to the closest Mars approach could be in the 30-50 day one-way trip range. A close Mars approach is about 50 million miles from Earth. Going to Mars at any orbital alignment would be about 250 million miles.

The performance of a 9-kW class magnetically shielded Hall thruster is characterized at 300 V discharge voltage for a channel current density a factor of ten greater than the nominal current density associated with its 300 V and 4.5 kW condition. An inverted pendulum thrust stand and a far-field probe suite are employed to measure the global performance and efficiency modes respectively. It is found that when operating on xenon, thruster anode efficiencies range from 52.9 ±0.8% to 62.2 ±2.2% over the power range of 4.5–37.5 kW at 300 V. Anode efficiencies for krypton span from 48.5 ±7.0% to 56.4 ±1.0% at 4.5–45 kW at 300 V. The thrust and specific impulse are found to be 1650 ±10 mN and 2309 ±17 s respectively at 37.5 kW for xenon and 1839 ±10 mN and 2567 ±16 s for 45 kW on krypton. The thrust density at the maximum power setting of 45 kW is shown to be ∼7× higher than its nominal 4.5 kW condition. It is also demonstrated that the thruster can achieve thrust densities and thrust-to-power ratios on par with or even greater than applied-field magnetoplasmadynamic thrusters in the sub-50 kW power range. These results are discussed in the context of Hall thruster theory, conventional scaling laws for the maximum achievable current density in these devices, and challenges with high power thruster testing. The implications of the demonstrated ability to achieve atypically high current densities with minimal performance reduction for high power electric propulsion development are also examined.