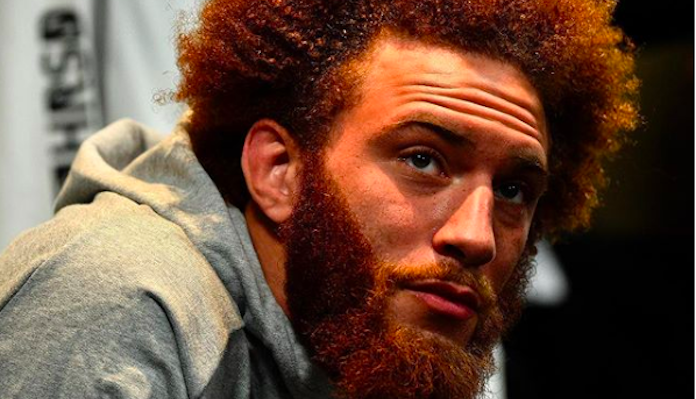 The 911 call from Luis Pena’s girlfriend has been released.

On Thursday, TMZ Sports obtained the police audio from Pena’s girlfriend who called the police to report the domestic violence. She confirmed Pena hit him and she has marks to prove it and she wants him gone for good. MMAFighting then obtained a longer version of the call.

“Well, I wasn’t trying to snitch,” Pena’s girlfriend said. “But since my boyfriend wants to be an asshole – he put his hands on me, and he’s got to go… He punched me in the face. But he did this also two days ago, I have the marks. I have a Band-Aid on my back. I have everything to prove it. So I would like the police to come and I want them to remove him so I can get my things and go the f**k home.”

On the call, the police dispatch said police went to that residence two days ago for the same incident. However, Luis Pena’s girlfriend said she wasn’t ready to talk but now she is.

“(The police) were mad because I wouldn’t cooperate because I didn’t want to snitch on him,” she said. “But unfortunately, I have to now. So I would like them to come back. We have a no-contact order, so technically we shouldn’t even be living together. I really need the cops to come and get him out now because I have scratches and bruises all over me from him. I need him gone. I’m done, and I need help, please.”

Luis Pena bonded out of jail and he signed an Order of Pretrial Release Conditions for domestic violence the day after his arrest. Meaning, he must stay 500 feet away from the alleged victim, her home, and her place of employment at all times.

After the news became public, Pena was released from the UFC.

What do you make of the police audio from Luis Pena’s arrest?