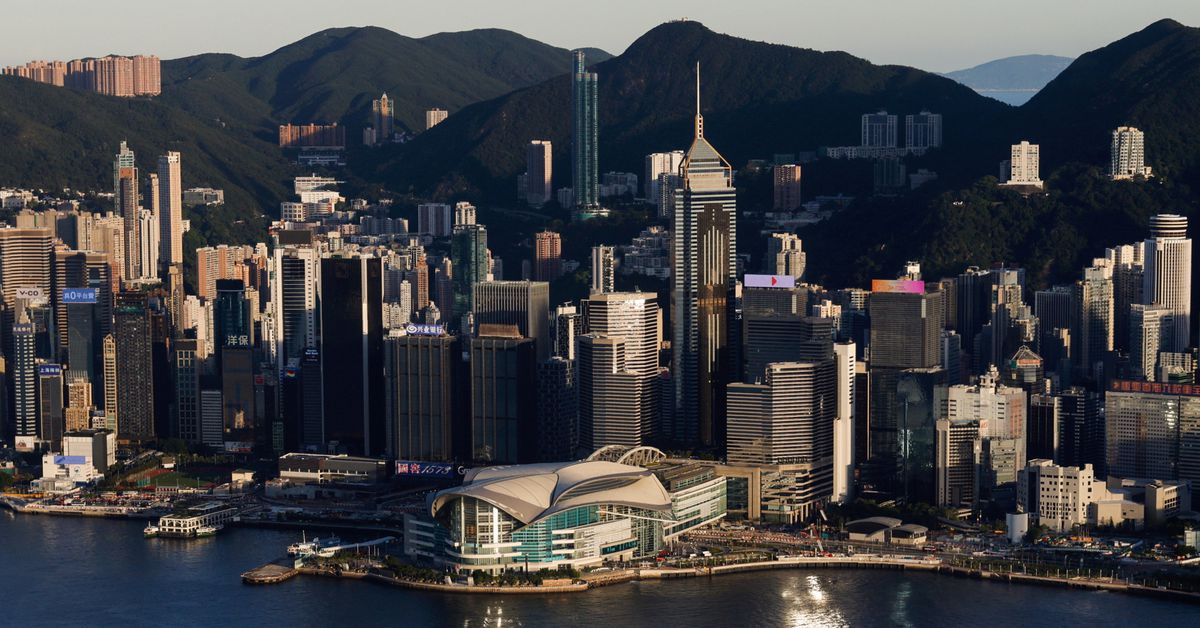 HONG KONG, Sept 10 (Reuters) – Two dozen democratically-elected politicians swore loyalty to Hong Kong on Friday under a new patriotic law, but some opposition councillors may face disqualification if their oaths are judged insincere.

The government enacted a law earlier this year that tightened patriotic loyalty tests by forcing all civil servants to take an oath of allegiance to Hong Kong and its mini-constitution, the Basic Law.

Under a drive to place “patriots” at the helm of Hong Kong’s institutions, authorities have previously disqualified opposition lawmakers and candidates in elections deeming similar oaths as insincere, citing media statements or campaign speeches they said had a “tendency” to undermine the overall interests in Hong Kong.

Secretary for Home Affairs Caspar Tsui told reporters the government will issue a statement later on Friday on how many of the politicians who had taken the oath passed the loyalty test.

Of the 24 politicians elected in 2019 as district councillors making their oaths on Friday, 15 were from the democratic opposition camp. A 25th politician scheduled to take his oath did not turn up.

“My aim has always been to monitor the government, not pledging allegiance to the regime,” Peter Choi wrote in a Facebook post which he ended with democratic slogans popular during mass 2019 anti-government protests.

While district councils decide little beyond community-level issues, such as garbage collection and bus stops, Beijing and Hong Kong authorities have stressed that all public institutions in the city must be run by people loyal to Beijing.

Some 90% of the 452 district council seats in Hong Kong went to opposition pro-democracy politicians after a humiliating 2019 election for the pro-Beijing camp in the midst of huge anti-government protests.

But more than 250 district councillors have already resigned, either due to investigations against them under a new national security law, or amid unconfirmed media reports that disqualification may force them to give back any public funds they received while in office.

Beijing effectively ended Hong Kong people’s greatest yet push for democracy with the imposition last year of a sweeping national security law to punish anything it deems as subversion, secession, terrorism or collusion with foreign forces.

China then followed through with radical changes to Hong Kong’s electoral system and political structure, reducing democratic participation and introducing a vetting and screening mechanism that ensures all politicians and those who aspire to public office are “patriotic.”

Secretary for Mainland and Constitutional Affairs Erick Tsang has defined patriotism as “holistic love” for China, including love for the Chinese Communist Party’s leadership.

The district councils are the only fully democratic institution in Hong Kong. Its Legislative Council is stacked with pro-Beijing figures, while its chief executive is not directly elected.

Disqualified councillors will be immediately suspended from office and, upon a court conviction, ousted and then barred from standing for an election for five years.