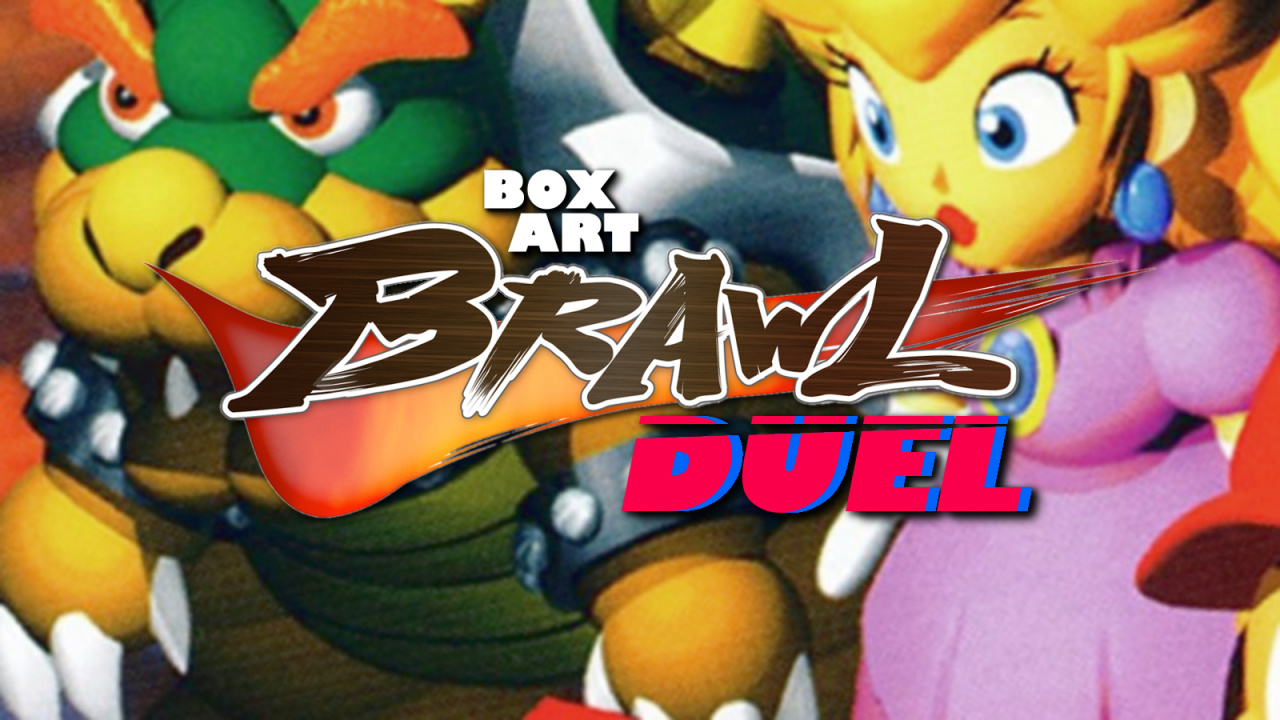 Welcome back, you lovely lot, to Box Art Brawl — our poll-filled series to find out your favourite regional retro box art variants from two or more contestants. It’s been over a month since the last Brawl but following some time off to train up and recuperate, we’re back once again to wreak havoc on video game covers of yesteryear with our keen eyes and sharp wit. Huzzah!

If you recall, last time we witnessed a duel between the East and West when the cover of handheld remake Super Mario 64 DS went head-to-head with… itself. Winning over three-quarters of the overall vote, Europe and North America emerged victorious against an interesting but unusually directionless Japanese cover.

We’re sticking with the plumber and his pals for this round: Super Mario RPG: Legend of the Seven Stars celebrated its 25th anniversary earlier this week and we’re here to see if the Japanese or the North American version is the real legend. Europe is sitting this one out because, sadly, the SNES game didn’t see the light of day in that territory until it came to the Wii’s Virtual Console in 2008. For shame!

This Square-developed classic is now available on the SNES Classic Mini, too, and one would hope that it’s only a matter of time before it shows up in the Nintendo Switch Online subscriber pool of SNES games. Until then, let’s take a look at what you’d have seen on store shelves if you were perusing the SNES section of your local gaming emporium back in 1996. And you didn’t live in Europe.

Mario Returns in a Wild New Role-Playing Adventure! The western version of the cover arranges the chubby little models of Mario, Peach and Bowser around the wordy title, which is yellow and embossed with thick red borders. Grumpy-looking sentient sword Exor sticks out between the castle turrets on the left, with ominous flame-red clouds filling the sky in the background.

Individually, none of the components are bad, although for us they don’t really gel and this cover actually gets worse the longer you examine it. Still, for some reason we’re tickled by the asterisk next to the trademark symbol. We like to imagine that on the back of the box it says *Not really, and in twenty-five years nobody will use this obtuse subtitle anyway. It’s ‘Super Mario RPG’, innit?

The Japanese box switches the background for plain white and displays a line up of six of the game’s characters: Bowser, Peach, Mario, Geno, Yoshi and Mallow. The same logo as the NA box looks great without the deadweight of the subtitle dragging it down, and the relative visual complexity of these 3D characters is offset against the blank background — it allows the colours to really ‘pop’.

The Super Famicom covers we’ve looked at usually have a portrait orientation, so it’s refreshing to see this landscape effort. Not bad at all.

So, you’ve seen the two options, but which one deserves seven stars? Pick your favourite and hit ‘Vote’ to let us know below:

Twenty-five years, eh? Time: it passes. Before you know it we’ll be back with another edition of BAB for you — until then, be excellent.