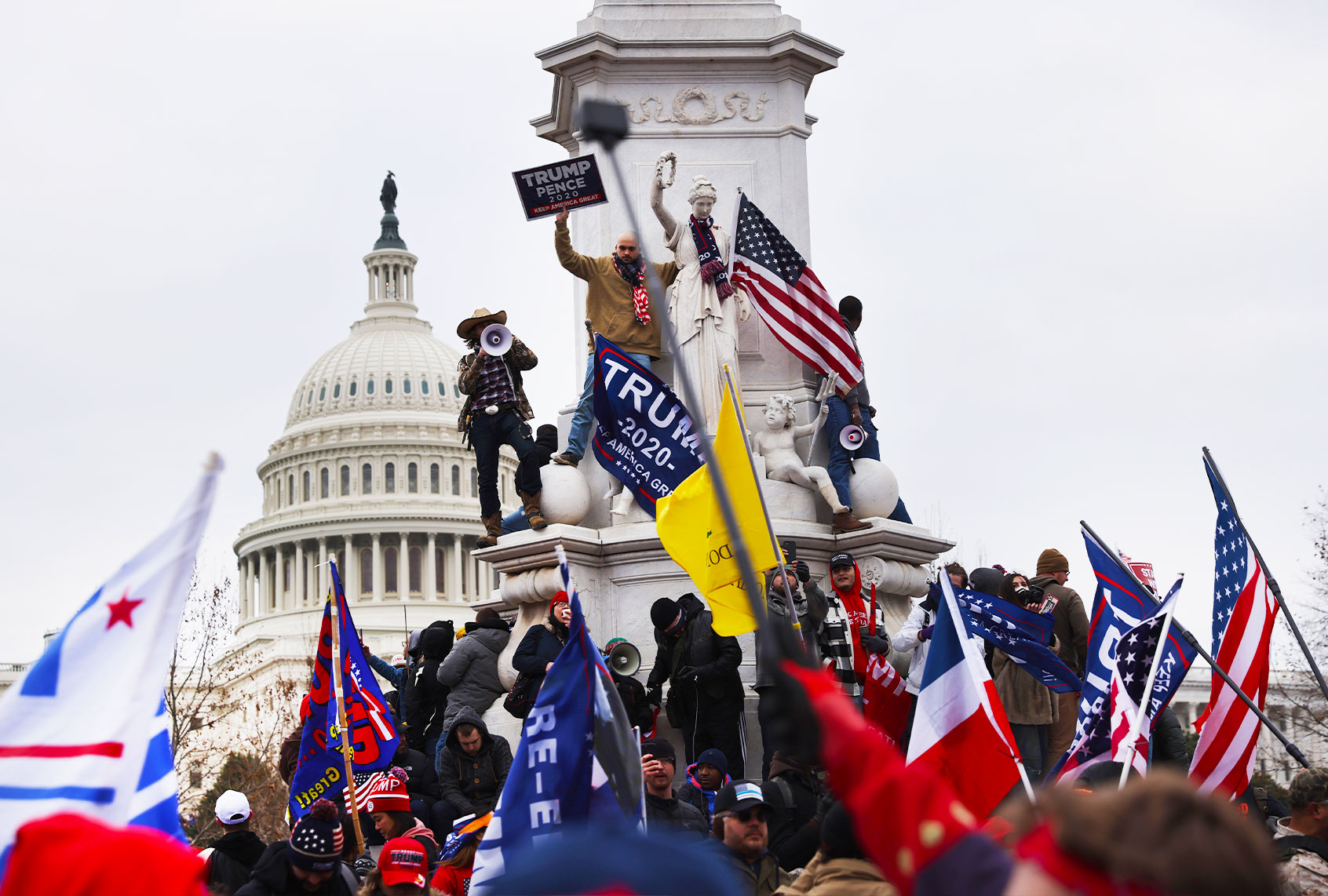 Over a third of all registered voters feel that the 2020 election – the results of which have been validated by countless audits and experts across the country – should be overturned in Donald Trump’s favor, according to a new poll.

The poll, released on Wednesday by POLITICO and Morning Consult, found that 22% of American voters feel the election should “definitely” be reversed, with another 13% saying that it should “probably” be.

On the other hand, about 11% of those polled reported feeling unsure, with 12% and 43% respectively saying it should “probably not” and “definitely not” be overturned.

The poll also mapped this sentiment along party lines, finding that it was significantly more popular amongst Republicans, as expected.

Among GOP voters, 60% claimed that the election should “probably” or “definitely” be invalidated. These same sentiments were shared by 16% and 27% of Democrats and Independents, respectively.

Despite the GOP’s steadfast conviction that the election should be reversed, it appears widely acknowledged amongst Republicans that this day will never come to pass.

According to the poll, just 23% of Republicans believe that Donald Trump will be reinstalled as president. Among Democrats, this number hovers around 18%.

As it currently stands, no evidence of election-altering fraud has been presented before any state or federal courts, including the Supreme Court. In Maricopa County, Arizona, where the state’s GOP-led legislature conducted a carnivalesque “forensic audit” spanning months, Republicans found that President Biden won the election by an even wider margin than originally reported. Other states like Wisconsin, Texas, and Pennsylvania have attempted to perform similar recounts, though none of them have shored up Trump’s Big Lie. This month, a major Trump-backed lawsuit alleging fraud was formally dismissed, dashing any Republican hopes of a statewide recount.

RELATED: Experts find Arizona’s ‘hoax’ audit was even worse than it looked: “Made up the numbers”

As Salon’s Amanda Marcotte recently wrote, the GOP may be attempting to water down Trump’s conspiracy of election fraud, claiming that Democrats “rigged” the election by using perfectly legal routes of influence. For example, Trumpist writer Mollie Hemingway theorized that President Biden won the election by dint of “tech oligarchs” like Mark Zuckerberg, who donated money to liberal and progressive groups to expand access to voting for minorities.

“It’s a fancy update on a very old right-wing talking point that paints any activist effort to assist voters — like offering rides to the polls, distributing food or water to voters waiting in line, or organizing “souls to the polls” events through churches — as somehow malevolent,” Marcotte wrote.

RELATED: Yet another audit of Georgia’s election fails to find evidence of fraud

Though Donald Trump and his most ardent backers have continuously pushed the grandiose conspiracy of election fraud, it’s possible that campaign may have some unintended consequences.

According to a poll conducted earlier this month by freshman Rep. Marjorie Taylor Greene, R-Ga., about 4% of Georgia’s electorate said that they wouldn’t vote at all “due to voter fraud.”

“This is WRONG,” Greene tweeted. “Legal votes by Rs are just as important as stopping illegal ones.”

Back in September, GOP consultant Ron Nehring echoed a similar concern, speculating that GOP voters may have stayed home in the California recall election due to claims of voter fraud, allowing incumbent Democratic Governor Gavin Newsom to retain his position.

“We can’t have an evidence-based party if we are bulls—ing people in advance that this election was stolen when it was not,” Nehring said on Fox News. “One way not to have Republicans win is by telling Republican voters that their votes don’t matter. … Lying to Republicans claiming an election was stolen, before a single vote or result had been published, is grossly irresponsible.”