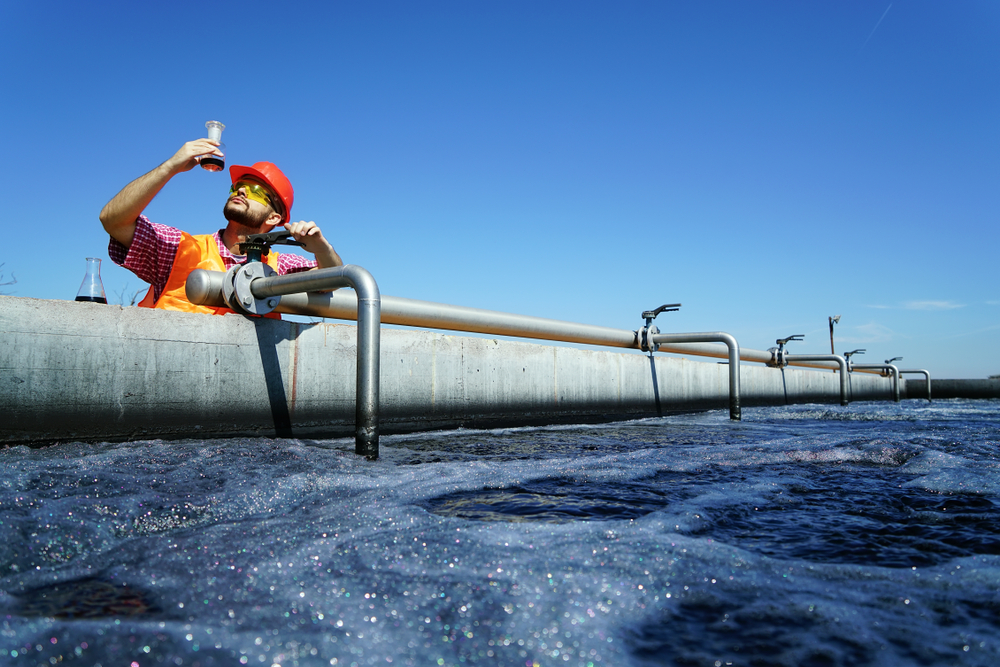 Yes, you read that right. As it turns out, our poop can provide a fertile environment for fresh produce: The internet is riddled with tales of tomatoes sprouting in and around wastewater treatment plants. Take, for example, reports from facilities in Germany, Canada and Northern Ireland. Watermelon can also crop up among our excrement, according to Kim Furry, wastewater treatment plant manager for the city of Lima, Ohio.

That’s because certain seeds, particularly those from tomatoes, are difficult for us to digest. This means they catch a ride in our feces to nearby sewage facilities. There, that waste is separated into liquids and solids to kick off the treatment process — and sometimes sprouts some unexpected fruit.

At the Lima plant, Furry notes that poop-enriched produce commonly grows where residuals from preliminary filtering processes are stored before disposal. These first steps remove objects like paper and bottles, along with inorganic solids like sand and grit, so it makes sense that the process also catches some seeds.

Other plants can also thrive within the separated liquid portion of sewage. There, the material is still relatively fresh and can provide just enough moisture and nutrients required for growth, says Natalie Sierra, an engineer at environmental consulting firm Brown and Caldwell. Specific niches in a treatment center, like a sheltered spot against a tank, could provide a suitable home for these chance harvests.

The nutrients within sewage include nitrogen and phosphorus, which arrive from sources like soaps and detergents — as well as from the various foods that people consume, digest and empty into sewage systems. “Human waste is very similar to other types of animal manure that are used as fertilizers,” Furry explains. “They are rich in organic material and contain macro- and micronutrients that are necessary for plant growth.”

It’s also been speculated that such produce can grow in the runoff from neighboring facilities: Tomato plants have been spotted in a section of Germany’s Rhine river near a wastewater plant, but it’s possible the seeds came from elsewhere.

Since seasonal fruits like tomatoes and watermelon are most appealing in the summer, both Furry and Sierra guess that this ‘volunteer’ produce is more likely to appear during those months. Furry notes she has encountered them somewhat frequently throughout her 24 years in the industry, though they aren’t necessarily common at most facilities. “It’s one of those little happy accidents,” Sierra says. “This is something that’s well known to us in the wastewater treatment industry.”

Usually, treatment plants will compost these tomatoes or throw them away. Furry’s team sends them to a landfill with the center’s other refuse, for example. Some employees are rumored to snack on the accidental fruits of our feces — hey, it’s free food — but are they actually safe to eat? Probably, Sierra says, if you wash them first. After all, our waste reflects what we’re already putting into our bodies. “Everything that’s coming to the wastewater treatment plant is a receiver of what’s going on in a city or town … it’s a mirror of our society,” she says.

On the other hand, Furry notes that the untreated wastewater plant refuse in which fruit may grow can contain pharmaceuticals and metals from industrial sources. Still, our treated poop is most commonly used for farming.

At many municipal facilities, the solid portion of sewage undergoes anaerobic digestion; when these biosolids are deprived of oxygen, helpful bacteria break down the material. This reduces odors and pathogens, makes the volume more manageable, and even creates a convertible form of gas. In addition to these other processes, biosolids are heated to kill unwanted substances like harmful bacteria and, well, un-digested tomato seeds.

Eventually, around 30 percent of treated biosolids end up in landfills, while roughly 55 percent are recycled to soils. Around 1.4 million dry metric tons of biosolids were applied to agricultural land in 2019, according to the U.S. Environmental Protection Agency. Some researchers and government officials have criticized the practice because the resulting compost can contain pollutants including pesticides, hormones and even medications. It can also include per- and polyfluoroalkyl substances (PFAS), or “forever chemicals,” which may cause adverse health effects when consumed. Additionally, biosolids have been thought to pollute nearby waterways. These findings have led to biosolid compost bans both in parts of the U.S. and in countries like Switzerland and the Netherlands.

A potential solution to rid contaminants like PFAS: processing biosolids with higher temperatures. Studies suggest that biochar, a charcoal-like material created by heating biosolids between roughly 500 and 1,800 degrees Fahrenheit, may kill pharmaceuticals and PFAS and prevent heavy metals from seeping into soil. But biochar may come with safety concerns of its own, and even decrease soil fertility.

Ultimately, figuring out the optimal way to process biosolids will involve a delicate balance between filtering out the bad stuff, retaining nutrients and preserving nearby ecosystems. But Sierra remains hopeful. “There’s a lot of people like me who are still pretty passionate about how biosolids can contribute to the circular economy,” she says. “We eat food, we’re excreting that food, the wastewater plants treat it, and we’re gonna recycle carbon and nutrients back to the land and close that loop.”