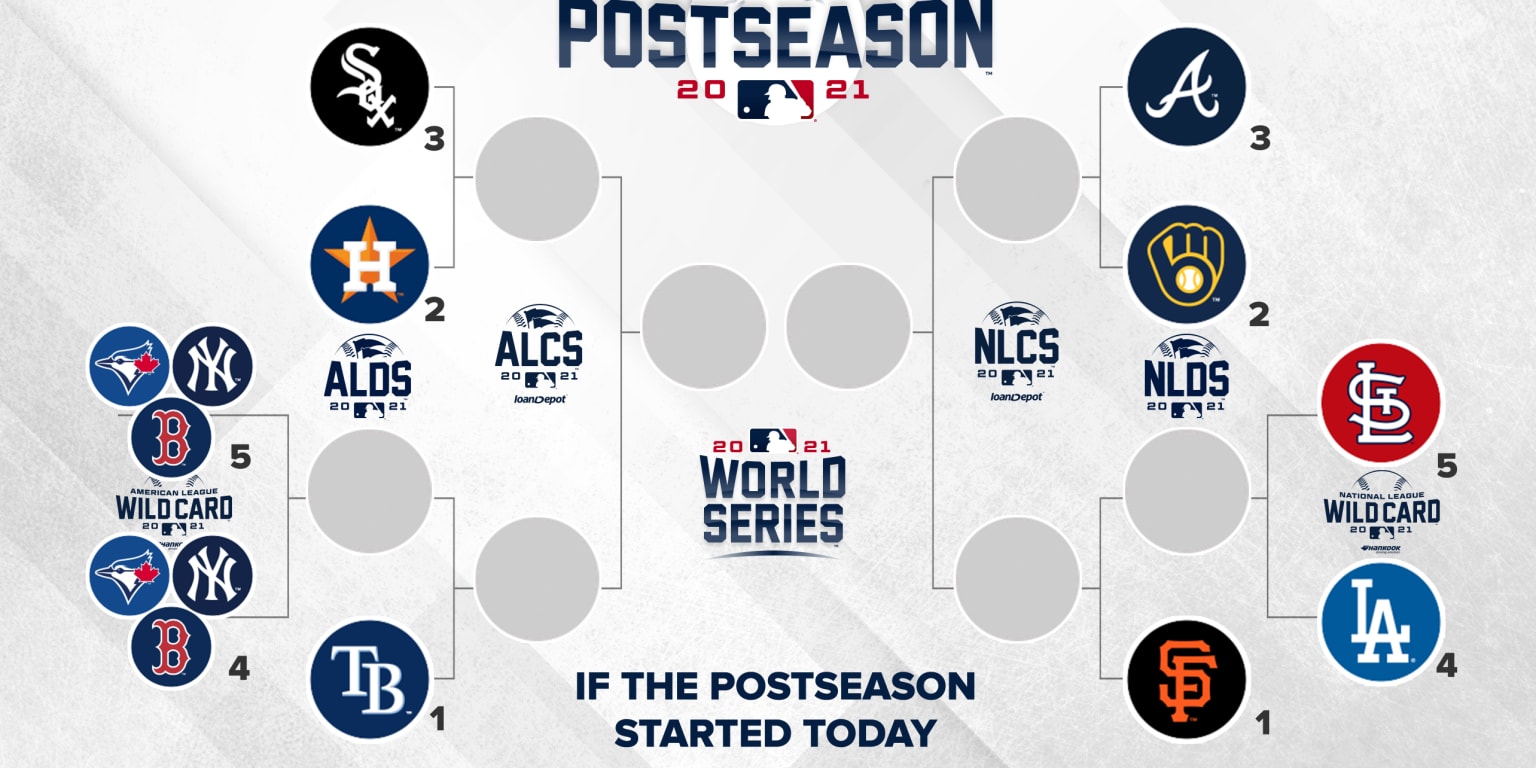 The Dodgers have become the second team in baseball to clinch a playoff spot, marking the ninth straight year they will compete in the postseason. The defending champions now set their sights on catching the playoff-bound Giants for first place in the National League West, with the division winner advancing straight to the NLDS and avoiding the perils of a one-game Wild Card playoff game.

In the race for the second National League Wild Card slot, the Cardinals secured their fourth straight win while their closest competitors faltered once again; the Reds, Padres, and Phillies are each 3-7 in their past 10 games.

Meanwhile in the American League, wins by both the Yankees and Red Sox coupled with a tough loss by Toronto deadlocked both Wild Card positions between the three AL East clubs.

While a lot can happen in the standings between now and when the postseason starts on Oct. 5, here is what the playoff picture looks like heading into Wednesday.

WHO IS NEXT: The Brewers are closing in on clinching the NL Central and currently have a magic number of five. The Rays could be first in line for a playoff berth in the American League as their magic number has dwindled down to six while the White Sox magic number to clinch a spot in the postseason sits at seven.

ALDS Home Field:
The Astros lead the White Sox by one game for home field advantage in the ALDS. Houston owns the tiebreaker.

Trending up: The Cardinals are 6-1 in their past seven games thanks in part to a 2.35 team ERA which ranks third in baseball during that span.

Trending down: The Padres have dropped five in a row and now find themselves out of playoff position. San Diego’s schedule is doing them no favors as they end the season facing a trio of teams who are set to make the postseason in the Braves, Dodgers and Giants.