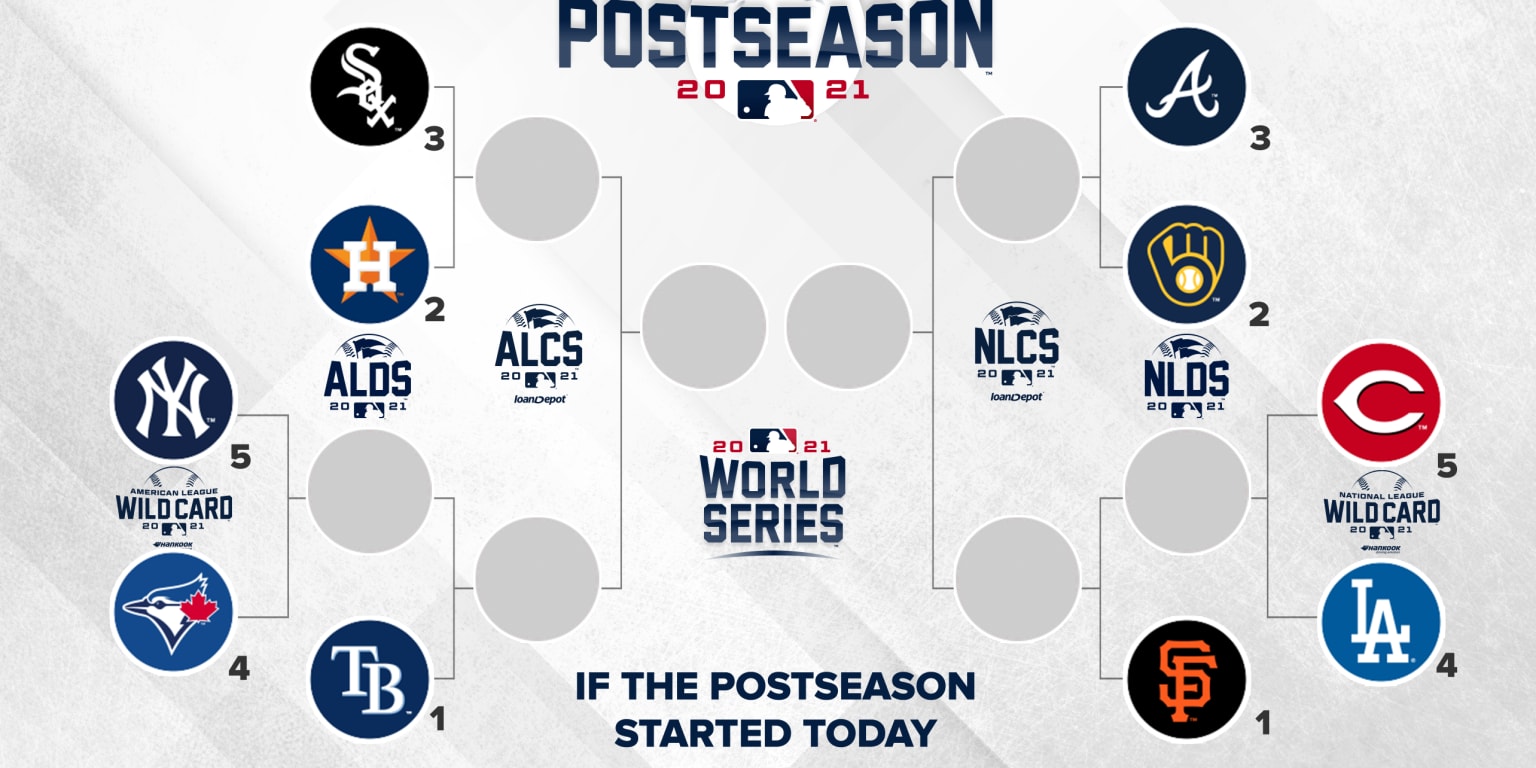 The Giants became the first team to clinch a berth in the 2021 postseason Monday, defeating the Padres by a 9-1 final score. September 13 marks the earliest date in franchise history that the club has been able to clinch a playoff spot.

The Padres, meanwhile, dropped their fourth consecutive game and are on the outside looking in as the Reds now have sole possession of the second National League Wild Card spot. The Cardinals defeated the Mets 7-0 on Monday and are now deadlocked with the Padres just a half-game behind the Reds. Philadelphia remained 2 1/2 games back while the Mets are now 3 1/2 games behind with four teams ahead of them in the standings.

Toronto secured its hold on the first Wild Card slot in the American League with yet another win, rushing by the Rays 8-1, while the Red Sox dropped their series opener to the Mariners 5-4. Boston is now in a virtual tie with the Yankees — who won a thrilling 6-5 extra-inning matinee earlier in the day — for the AL’s fifth and final seed.

While a lot can happen in the standings between now and when the postseason starts on Oct. 5, here is what the playoff picture looks like heading into Monday.

WHO HAS CLINCHED: San Francisco Giants

WHO IS NEXT: The Dodgers appear to be next in line for clinching a playoff berth as their magic number is down to two. In terms of a division title, the Brewers still have a magic number of five to clinch the NL Central after an off-day Monday.

Trending down: The Yankees are just 4-8 in September thanks in part to a 4.95 team ERA. The Yanks have allowed a league-high 56 walks through 12 games this month as well as 24 home runs, which is tied for the most surrendered across MLB.