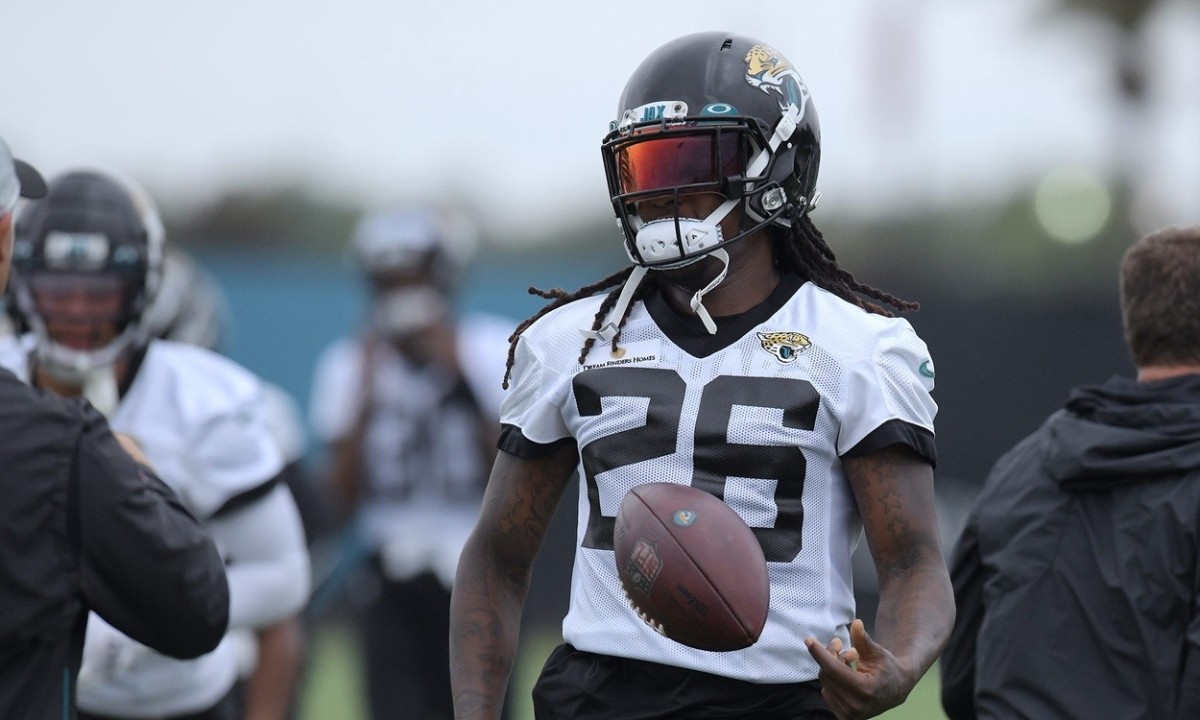 The Jaguars are just a few short weeks away from kicking off their new era. The sting of the 1-15 season is hoping to be washed away as the Jaguars propel themselves toward a future led by Trevor Lawrence and Urban Meyer.

But for the Jaguars to truly rebound from last year’s dreadful season, they will need tangible impacts made by countless players up and down their roster. From Lawrence to Josh Allen to numerous other players on both sides of the ball, the Jaguars need their best players to band together and produce in 2021 — to make impacts.

So, which Jaguars are primed to be the most impactful and ultimately the key to the team’s wins or losses in 2021? We break down our 11 picks below.

There is zero question over which Jaguars player holds the key to the team’s level of success in 2021 and beyond. The NFL revolves around the quarterback position and the Jaguars have spent their entire offseason focusing on finding support for Lawrence so he could hit the ground running as a rookie. Whether Lawrence can find early success at the NFL level as he did at Clemson will ultimately determine the Jaguars’ ultimate path in 2021. The Jaguars finished with the league’s sixth-worst adjusted net yards gained per pass attempt and No. 26 in passing DVOA last season. The team’s quarterback situation was in shambles throughout the entire season and Lawrence will now have to be the catalyst to change that.

If any team knows how important it is to have a serviceable quarterback, it is likely the Jaguars. And that is because of the sole fact that the Jaguars haven’t had a starting quarterback who was at least average by NFL standards since David Garrard. Over the last 10-plus years, the Jaguars have seen inept early draft picks, failed late-round projects and free agent rejects try their hands at becoming the team’s franchise passer. Lawrence is the first player to seemingly have an actual chance to be a top-tier signal-caller. If the Jaguars want to rebound from their 1-15 season, they will need Lawrence to meet those expectations.

The Jaguars are fresh off a year where their defense failed to play winning football at any level of the unit. Whether it was against the run or the pass, the Jaguars’ struggled to provide any resistance. This was especially true against aerial attacks though, in large part because the Jaguars failed to get to the quarterback on a consistent basis. The Jaguars finished with just 18 sacks in 2020, averaging barely over a sack a game. The only team to finish with fewer sacks was the Cincinnati Bengals at 17.  The only player on the defense with more than 2.5 sacks was Dawuane Smoot, with 5.5. He was followed by starting linebacker Joe Schobert (2.5), Josh Allen (2.5), and then seven other players who had just one sack.

As a result, there is no player who is more vital to the team’s defensive fortunes than third-year edge rusher Josh Allen. Allen is the Jaguars’ best chance at creating a pass-rush and returning to their “Sacksonville” ways, ways they strayed from in a big, big way last season. No player on the Jaguars’ roster has the past pass-rush production or the skill set to threaten offensive lines quite like Allen, as evidenced by his rookie season.

The Jaguars are banking on Cam Robinson to take a leap in 2021. With the No. 1 overall pick at quarterback, the Jaguars will look to ensure they don’t face the same fate that Joe Burrow and the Cincinnati Bengals faced last year due to a porous offensive line. And while the overall unit is more impactful and paramount than any individual lineman, there is still no debate that a strong starter at left tackle can make the difference between a quarterback spending his day on the ground or staying upright for four quarters.

The second draft pick of the Tom Coughlin front office era and a former second-round pick, Robinson has several seasons of starting experience under his belt but not many stretches of consistent play to show for it. He started 18 games for the Jaguars at left tackle as a rookie (three postseason) but played just two games in 2018 due to a season-ending ACL injury. He recovered in time to play in Week 3 in the following season. Since then, Robinson has started 30-of-30 games at left tackle. His durability is not much of a question, but the Jaguars will need him to prove he can be a stable pass-protector.

The Jaguars’ defense was woeful against the pass last season in large part because of their game of musical chairs at cornerback. The Jaguars rotated starting cornerbacks almost weekly in 2020 out of necessity as a result of season-ending injuries to each of the team’s top three cornerbacks (CJ Henderson, D.J. Hayden and Sidney Jones). The Jaguars signed Shaquill Griffin to a three-year, $40 million deal in March to provide stability to the position and the Jaguars will need him to do just that in 2021.

Griffin has appeared in 57 games since being drafted in the third round in 2017, starting 53 games for the Seahawks in the process. Add in his six career interceptions and 48 pass deflections, and no other cornerback on the Jaguars’ roster has his track record of production and availability. Griffin’s three interceptions last year would have led all Jaguars’ defensive backs, a group that picked off eight passes all season. The Jaguars need a legitimate No. 1 cornerback and Griffin is their best bet to be that player.

There is no doubt the Jaguars will need an upgraded performance from DJ Chark in 2021. Chark struggled last season as the Jaguars’ passing game disintegrated around him, seeing his numbers drop all across the board. Jaguars head coach Urban Meyer challenged Chark publicly this offseason to improve upon that season and the fate of the Jaguars’ deep passing game will rely on whether he can do so.

“DJ [Chark]: phenomenal ball skills. He’s got the timed speed. We need him to play to that speed, which he will. Again, he can be a game-changer at the X position because he can go vertical. And he can not only run vertical routes, but he can run intermediate routes too.” Jaguars wide receivers coach Sanjay Lal told Jaguar Report in April.

Chark is the Jaguars’ best bet to stretch the field and provide big plays for Lawrence on a consistent basis. While he may never be the go-to possession receiver when a first-down is needed, he is a dynamic playmaker who the Jaguars need to be on the top of his game in 2021.

There is an argument to make for Myles Jack to be even higher on this list, but we opt to give him the nod just outside the top-5 due to the importance of the Jaguars both stopping the pass and creating a strong passing game of their own. Even with that in mind, it is clear the athletic and experienced Jack is going to be a building block in the Jaguars’ defense. And since the scheme asks for a lot of man coverage and blitzing responsibilities from its off-ball linebackers, Jack will have to accept the added responsibilities and their.

Even though Jack missed two games with injuries in 2020, he still put up easily the best numbers of his career. He recorded a career-high 118 tackles, a career-high six tackles for loss, and a career-high five pass deflections. According to Pro Football Reference, he also recorded the best yards allowed per completion (7.8) and yards per target allowed (6.0) of his career, to go along with one interception, a forced fumble, and two fumble recoveries. The Jaguars will need a repeat performance from Jack if t

Jacksonville’s six primary defensive tackles last season — Doug Costin, Taven Bryan, Abry Jones, DaVon Hamilton, Daniel Ekuale, and Caraun Reid — combined for just 2.5 sacks, nine tackles for loss, and 13 quarterback hits. No defensive tackle had more than one sack, and only three of the six defensive tackles recorded at least half a sack. The Jaguars need Robertson-Harris to at least approach each of those figures all by himself in 2021.

Much like Cam Robinson is high on this list due to his personal responsibility to protect Lawrence, Brandon Linder makes the list due to the important role he will play in Lawrence’s development. Linder is the lynchpin of the Jaguars’ offensive line and has been the vocal point of the unit throughout his career, taking charge of the team’s offensive protection calls and adjustments. With a rookie quarterback now to snap to, Linder will have to be on the top of his game from a mental standpoint as he helps put Lawrence in advantageous situations.

Linder was ranked by Pro Football Focus as the No. 4 center in 2020, No. 6 in 2019 and No. 6 in 2018. Since he entered the league, just a handful of centers have been more consistent on a down-to-down basis. Linder has had an issue with durability in the past, and it has now never been more important for him to stay on the field so he can support Lawrence and lead the team’s offensive line.

An argument could be made that the most important position in the Baltimore Ravens’ — and now the Jaguars’ — defensive scheme is safety. From the amount of dime packages to the multifaceted responsibilities that safeties are faced with while in the scheme, the defense demands its safeties to have versatility, toughness and athleticism in spades. The Jaguars didn’t have many of those types of secondary players entering the offseason, but their hope is that Rayshawn Jenkins can change that and become defensive coordinator Joe Cullen’s go-to movable chess piece in the secondary.

While Jenkins spent his two years as a starter (31 games) with the Chargers playing multiple roles, his best season came in 2020 when he predominantly played box safety. According to Pro Football Focus, he spent over 50% of his defensive snaps in the box, ultimately spending 493 snaps in the box in former Chargers defensive coordinator Gus Bradley’s scheme. He will likely do the same in Jacksonville, roaming the box and line of scrimmage and serving as a blitzer and cover man all in the same vein.

The Jaguars are fortunate to have a talented No. 1 pick at quarterback and a trio of dangerous receivers surrounding him in Chark, Marvin Jones and Laviska Shenault, but their running backs will still play a huge role. The Jaguars’ offensive brain trust of Urban Meyer, offensive coordinator Darrell Bevell and passing game coordinator Brian Schottenheimer have built their philosophies around running the football to set up explosive plays in the passing game, while Meyer himself has made it clear how important the running game will be to supporting Lawrence as a rookie.

“Yeah, we had the conversation. And I’d say, once a week for the last three weeks, ‘How do you get a guy successful?’ Have a very strong run game,” Meyer said following the selection of Etienne at No. 25 overall in April’s draft.

“Okay, we took [Chris] Manhertz to help extend the offensive line, which is basically what he is. He’s one of the best blocking tight ends in the National Football League. That’s one way to help a young quarterback. How about you add Carlos Hyde to an already 1,000-yard rusher, James [Robinson]? And so, you have fresh legs pounding on people.”

Etienne will play the important “slash” role in the Jaguars’ offense, taking snaps as both a running back and receiver and holding big responsibilities in both the running and passing game. Meanwhile, Robinson is set to be the hammer of the Jaguars’ offense, their primary early-down back who will be leaned on to establish the run early and to wear down defenses late.