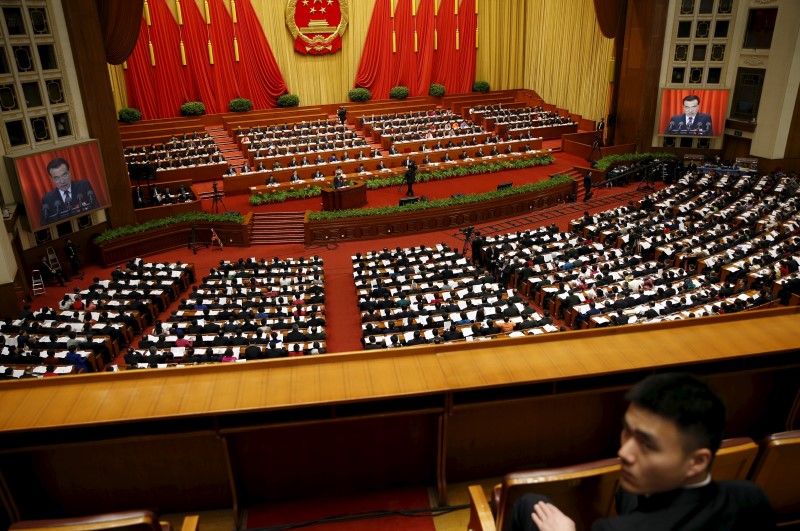 The focus is likely to be on Li, whose annual press conference represents one of the rare occasions when a top leader of the world’s second-largest economy takes questions from the media. In past briefings, Li discussed everything from economic growth to financial markets. He’ll probably take the stage shortly after the NPC’s 3 p.m. closing session.

This year’s NPC gathering — condensed into half its usual two-week length due to coronavirus restrictions — showcased President Xi Jinping’s confidence after China emerged from the pandemic as the only major economy to expand in 2020. Over the past week, the government has laid out ambitious plans to overtake the U.S. in research-and-development investment and shift its capital-intensive growth model toward services and consumer spending.

In case there was any doubt of its importance, the front pages of China’s major financial newspapers were plastered with stories about the annual political event. Also unsurprising was the positive tone of the coverage.

For the first time in many years, China’s stock market is set to upstage the NPC despite initial efforts from officials to blank out the tumult in equities. The CSI 300 Index has lost more than 5% during the NPC gathering, on pace for its worst performance during the annual event since 2008, when stocks crashed almost 20%.

Chinese media appealed for calm among investors in a front-page commentary, after state-backed funds were said to buy stocks this week to limit the turmoil. Even the government appeared to ban the words “stock market” from searches on social media.

Chinese stocks opened up on Thursday, though still down for the duration of the event.