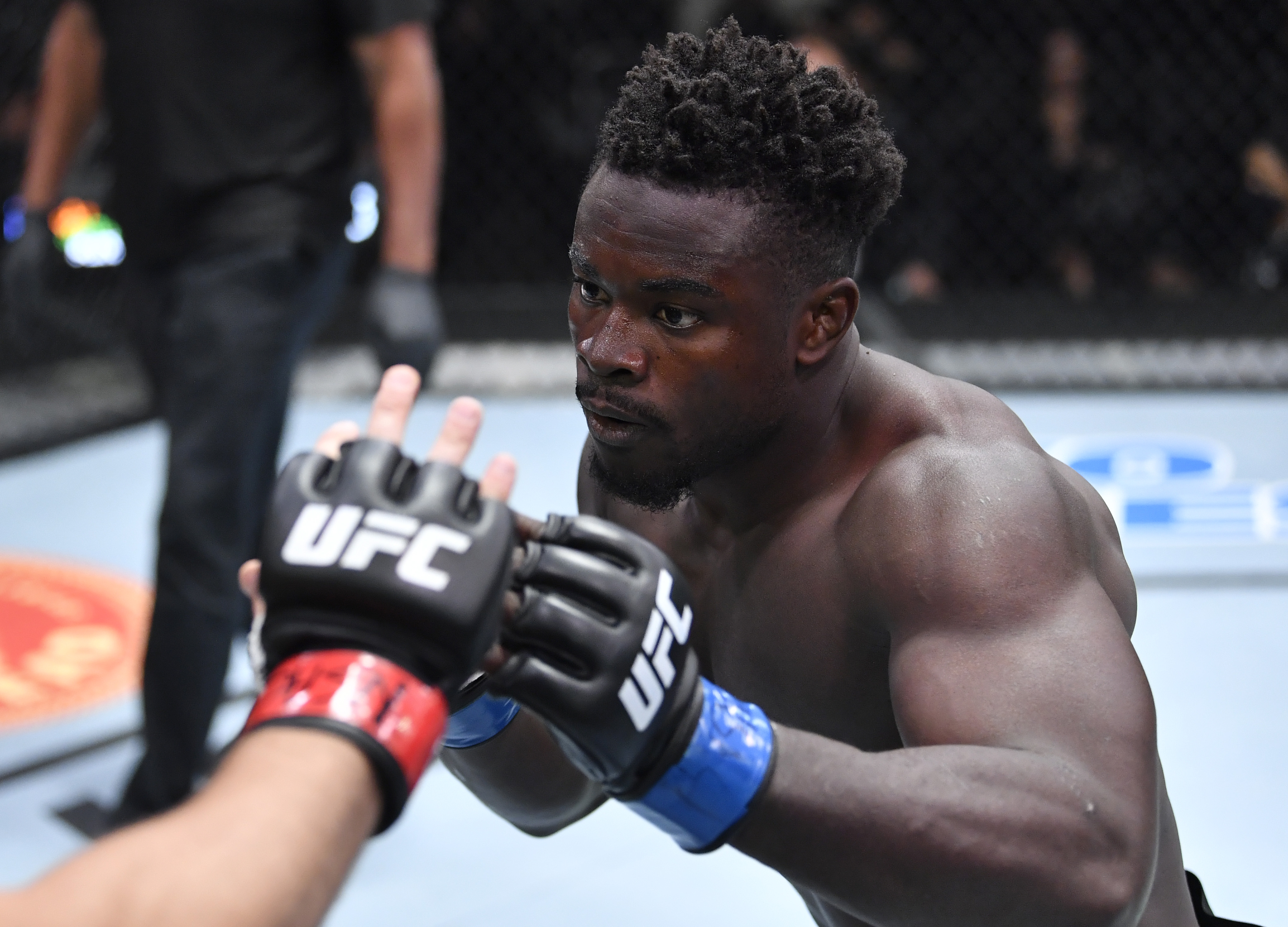 Plans to reschedule an exciting middleweight bout have materialized.

A UFC bout between exciting finishers Joaquin Buckley (13-4 MMA, 3-2 UFC) and Abdul Razak Alhassan (11-4 MMA, 5-4 UFC) was originally scheduled to take place at UFC on ESPN 32 on Jan. 15. However, the fight was scrapped due to undisclosed reasons from Alhassan’s side.

The promotion hoped to find another date for the pairing that is sure to produce fireworks, and it will now land on an upcoming UFC Fight Night card on Feb. 19. The event is headlined by former lightweight champion Rafael dos Anjos vs. Rafael Fiziev at the UFC Apex in Las Vegas.

A person with knowledge of the booking confirmed the new date with MMA Junkie following a post from Buckley on Instagram.

Buckley, who created one of the most memorable knockouts in UFC history against Impa Kasanganay in 2020, bounced back from a loss to Alessio Di Chirico with another impressive finish over Antonio Arroyo in the third round at UFC Fight Night 192 in September.

Alhassan also returned to the win column in his previous outing, snapping a three-fight losing skid with a 17-second head kick knockout of Di Chirico at UFC on ESPN 30. All five of Alhassan’s UFC victories have come by first-round stoppage.

With the addition, the lineup for Feb. 19 includes: