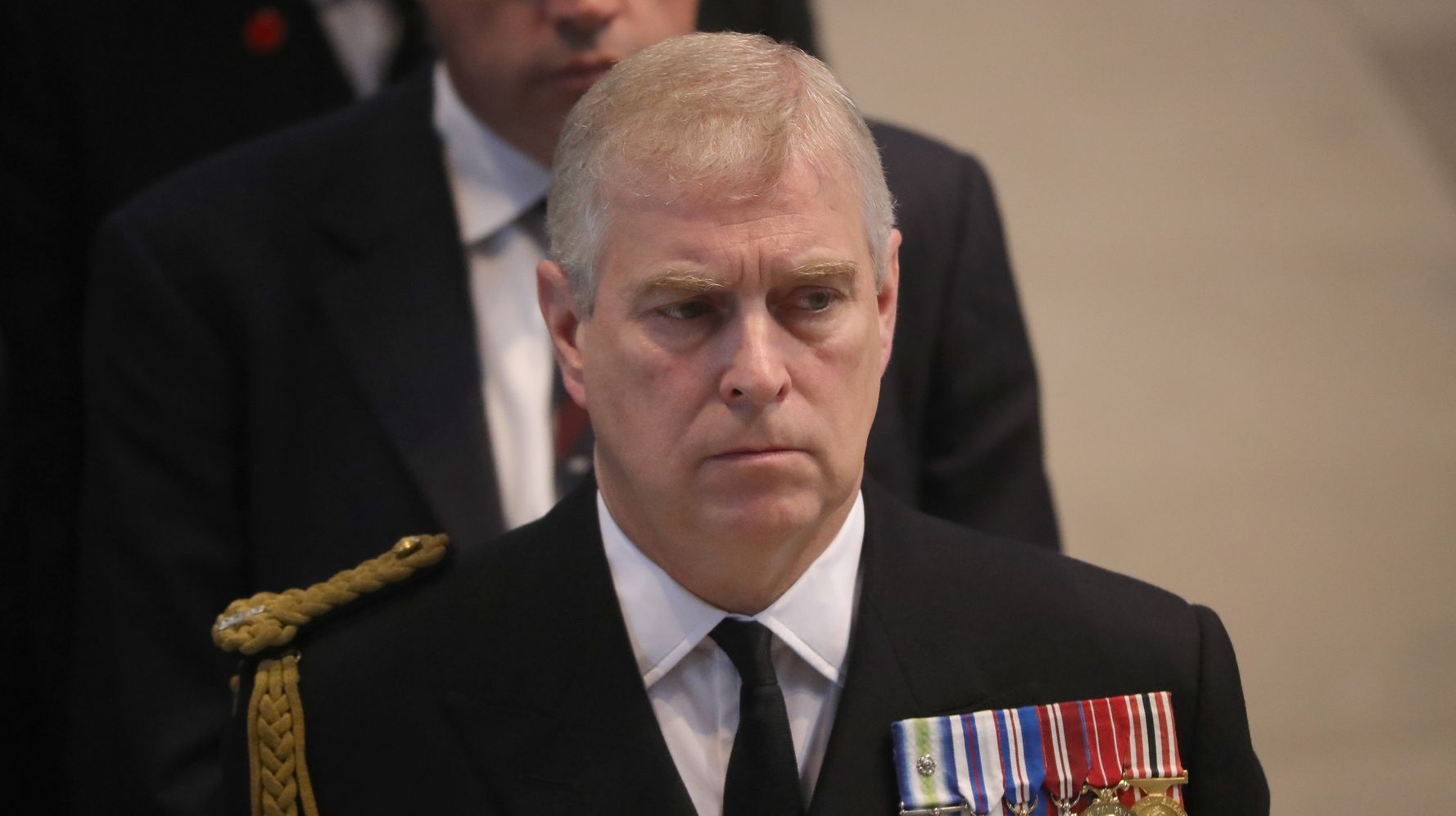 Prince Andrew has been officially stripped of his military affiliations and royal patronages, Buckingham Palace said in a statement shared with HuffPost on Thursday.

“With The Queen’s approval and agreement, The Duke of York’s military affiliations and Royal patronages have been returned to The Queen,” the breaking statement said.

“The Duke of York will continue not to undertake any public duties and is defending this case as a private citizen.”

He will not be allowed to use the “His Royal Highness” honorific in any official capacity, sources said, and his roles will be redistributed to other family members.

The decision to remove Andrew’s military titles and royal patronages was made with his consent.

The major announcement comes just a day after a federal judge in New York denied Andrew’s motion to drop the civil case against him.

The case was filed by Virginia Giuffre, who accused the royal of sexually assaulted and abusing her when she was a minor in 2001.

The lawsuit, filed by Giuffre under the Child Victims Act in August 2021, alleged that Jeffrey Epstein and his associate Ghislaine Maxwell trafficked and abused Giuffre after she began working at the Mar-a-Lago Club in Palm Beach, Florida.

The lawsuit goes on to claim that Prince Andrew, a friend of Epstein, then sexually assaulted Giuffre three times.

The filing says that Andrew’s alleged “sexual assault and battery of Plaintiff have caused her, and continue to cause her, significant emotional and psychological distress and harm.”

“I am holding Prince Andrew accountable for what he did to me,” she said at the time. “The powerful and rich are not exempt from being held responsible for their actions. I hope that other victims will see that it is possible not to live in silence and fear, but to reclaim one’s life by speaking out and demanding justice.”

“I did not come to this decision lightly,” she added. “As a mother and a wife, my family comes first — and I know that this action will subject me to further attacks by Prince Andrew and his surrogates — but I knew if I did not pursue this action, I would be letting them and victims everywhere down.”

Andrew stepped back from royal duties for the “foreseeable future” in 2019, after a disastrous interview with BBC “Newsnight” in which the prince attempted to distance himself from his friend, the late sex offender Jeffrey Epstein. In the interview, he did not express any sympathy for Epstein’s victims and denied ever meeting Giuffre, despite photograph evidence of the two together.

Days after officially stepping back, Queen Elizabeth was pictured horseback riding with Andrew in an apparent show of support. That year, he also attended a Buckingham Palace Christmas lunch and appeared at holiday church services with the royals.

In February 2020, the Duke of York returned to royal life and met with China’s ambassador to relay a message on behalf of his mother, though sources said the visit was not done in any official capacity.

Andrew was notably absent from photos of his daughter Princess Beatrice’s wedding in July 2020 (though reports confirmed that he walked her down the aisle), but he did open up to the press in April 2021 after the death of his father, Prince Philip, and was present at Philip’s funeral.

In August, just after Giuffre filed her suit, a source close to Prince Charles — who is first in line for the throne — shut down any possibility that Andrew might return to royal duties or public life.

They told the British newspaper The Times that the lawsuit is “unwelcome reputational damage to the institution” and that Charles sees the claims surrounding his younger brother as “an unsolvable problem” that “raises its head with hideous regularity.”

A Buckingham Palace spokesperson told HuffPost at the time that “the Grenadiers and all The Duke’s military appointments are in abeyance after he stepped back from royal duties for the foreseeable future in November 2019. This remains the situation.”

Many called the move hypocritical, considering that the Duke and Duchess of Sussex had to return their honorary military appointments and royal patronages to the queen one year after stepping back from the royal family.