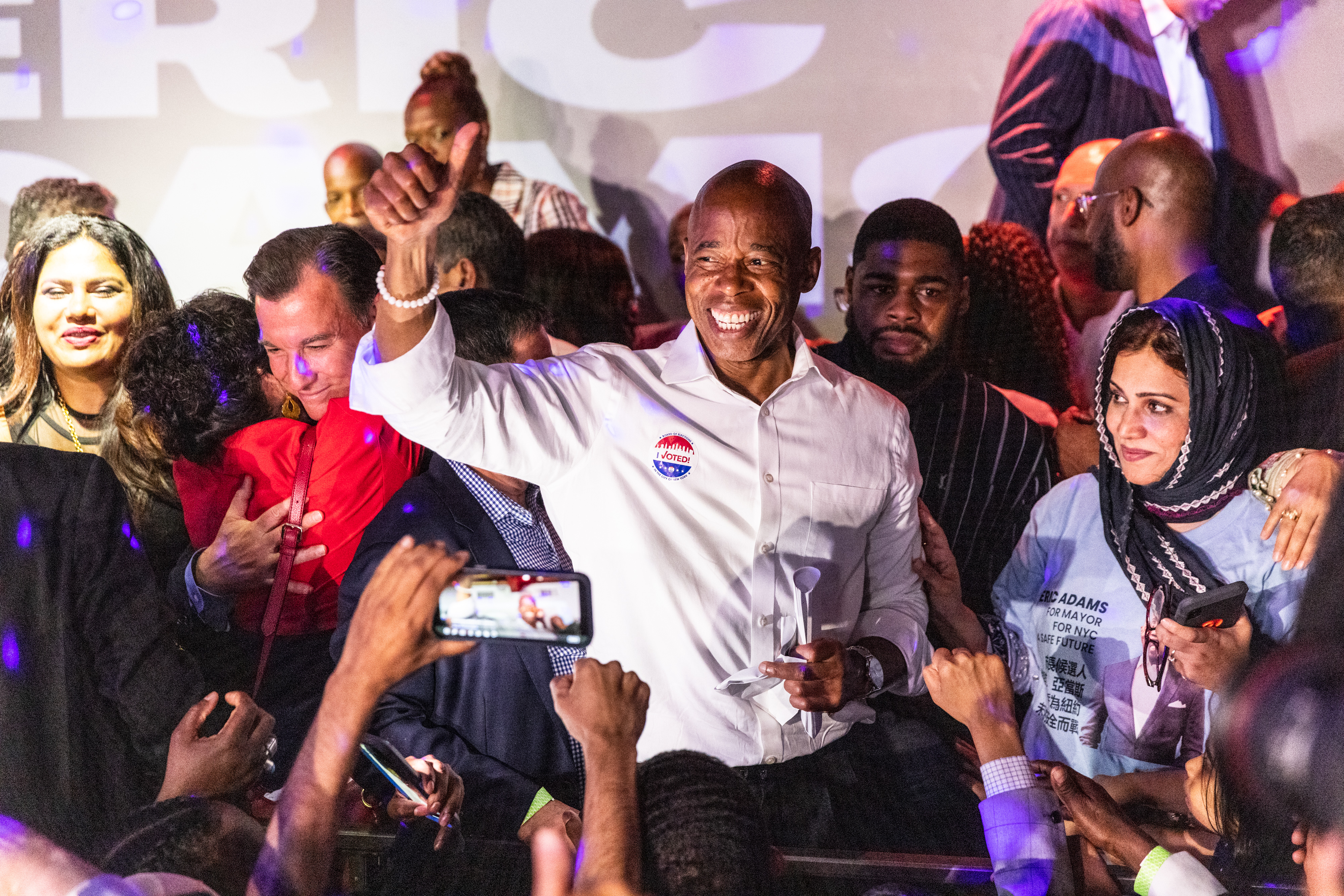 Eric Adams did well in Tuesday night’s Democratic mayoral primary largely because he ignored the siren song that has seduced and corrupted most of America’s political and media classes. Should he end up clinching the mayoralty, he must continue to put out of mind social media’s furies and focus, instead, on fulfilling the public-safety promise of his campaign.

It’s something he seems to understand because he talked about it on Tuesday night as he delivered one of the great recent political soundbites to his supporters. “Social media does not pick a candidate,” he said. “People on Social Security pick the candidate.”

Clearly, Adams was alluding to the fact that online darling Andrew Yang flamed out spectacularly despite holding the polling lead in the race for months — and implicitly noting that the continual Twitter buzz about his real-estate holdings did not seem to do him any harm whatever in the final two weeks of the primary.

The fact that he delivered the line so forcefully suggests he and his team are open to taking a critical and careful look at the challenge he will face as mayor from the incessant noise created and amplified by Gotham’s overwhelmingly left-dominated social media.

They didn’t let that noise overwhelm them during the campaign. They better be sure not to let it govern Adams if he gets the chance to govern.

What Adams was saying is that real people with real lives are the ones who matter when it comes to elections and governance — not the self-selected crowd that dominates Twitter. (Keep in mind that the top 10 percent of American tweeters send out a staggering 80 percent of all US tweets, according to Pew, a tiny but loud cohort that’s far from representative of the nation as a whole.)

Adams ran a classic New York City coalition campaign, stitching together support from people of color and unions and outer-borough ethnics. In a funny way, that took courage because the pressure to address every single momentary hysteria raised on Twitter is relentless for the political and media classes.

Social media are a short game. Getting elected is a long game. Adams, like President Joe Biden under very different circumstances, was the guy who played the long game in this campaign. He didn’t get thrown off his track by progressive hysteria. He just kept going.

This is important because the New York social-media clique is more likely than anyone else in this country to enthusiastically support causes like #DefundPolice, eliminating bail and figuring out new ways to coddle criminals (one big issue making the rounds of late: allowing felons to make calls from prison cost-free).

The activists, reporters and pundits talk to each other on these virtual platforms. Those conversations are amplified through the media megaphone, and they move to the foreground of the city’s daily agenda.

One thing the social-media clique didn’t particularly want to dwell on during the campaign was New York’s degenerating quality of life due to the decline of public safety and the rise of street and underground menace — preferring instead to babble on about, say, climate change and green buildings, not to mention affordable-housing plans that are made unaffordable by the same hyper-regulatory, anti-capitalist regimes they insist upon.

Adams faced a hinge moment in his campaign earlier this year as the crime continued to surge and polling indicated it had become the most important issue for voters by a huge margin.

He chose to ignore the babble and instead lean in on his career as a cop — even though he had been far more tentative about doing so when he began his run in November 2020. This was especially true when Maya Wiley solidified her place as the progressive in the race, winning Rep. Alexandria Ocasio-Cortez’s endorsement by June.

Adams went on the attack, which isn’t what a social-media-obsessed candidate would have done. The progressive pair “want to slash the police-department budget and shrink the police force at a time when black and brown babies are being shot in our streets, hate crimes are terrorizing Asian and Jewish communities and innocent New Yorkers are being stabbed and shot on their way to work,” he said in a startlingly blistering statement on June 5.

If he becomes mayor, Adams’ signature challenge will be to restore order to the streets and subways. He will face determined opposition to any tough-minded policies put in place to achieve that aim.

To keep his eye on the ball, he will need an incredibly thick skin — and a crew of people around him who delete Twitter from their phones and keep reminding themselves who their real bosses are.