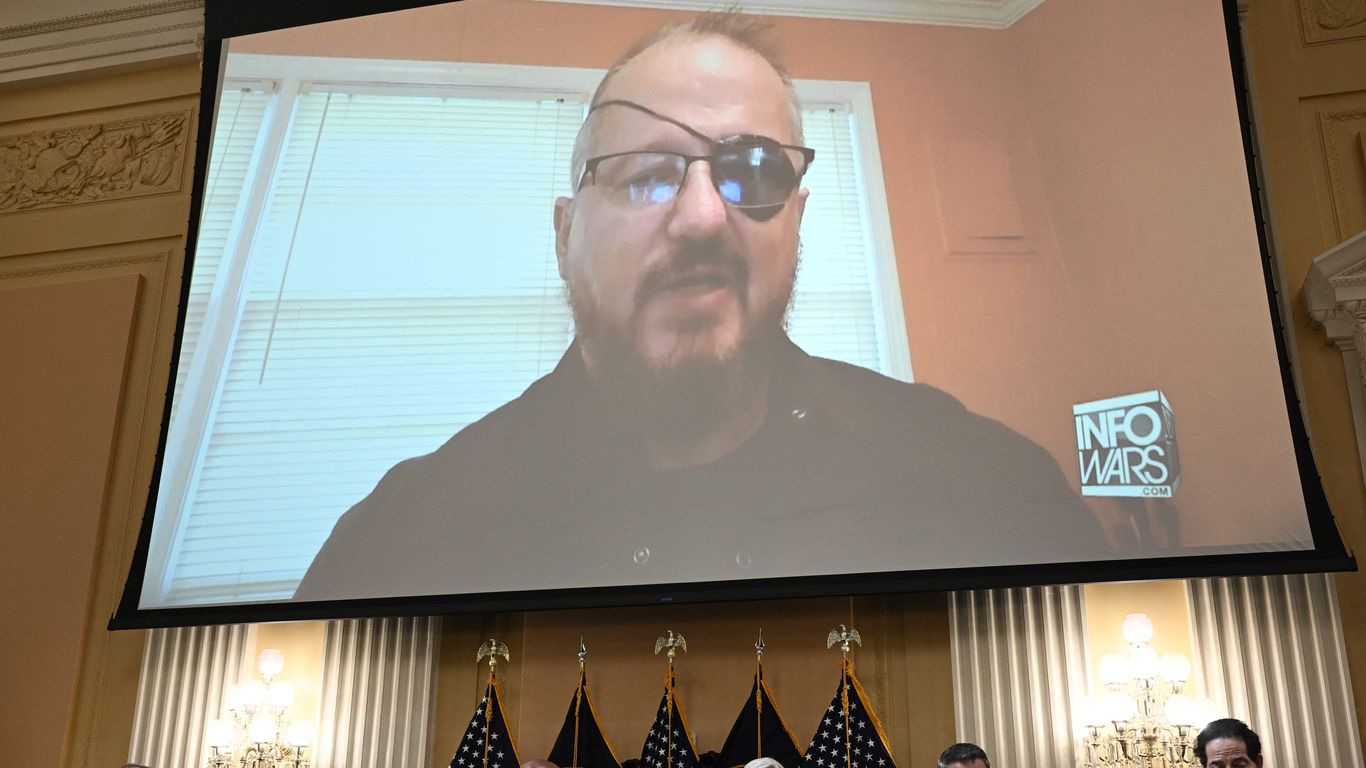 Driving the news: The indictment, amended on Thursday, alleges the far-right group coordinated to use force to combat the federal government’s authority and oppose the transfer of power to President Joe Biden during the Jan. 6 Capitol attack.

Why it matters: The indictment adds a new point that allows prosecutors to ask a jury to find Rhodes and co-conspirators guilty at a trial on Sept. 26, per WashPost.

Yes, but: The new indictment doesn’t allege any new facts or add any new charges but gives the Justice Department an opportunity to prove its case.

The big picture: Rhodes and his co-defendants were arrested and charged last January in connection with events leading up to and including the Capitol riot.

Worth noting: Prosecutors asked a judge Wednesday to create an ethics inquiry into whether a Trump-allied lawyer is funding the Oath Keepers’ defense, Reuters reports.