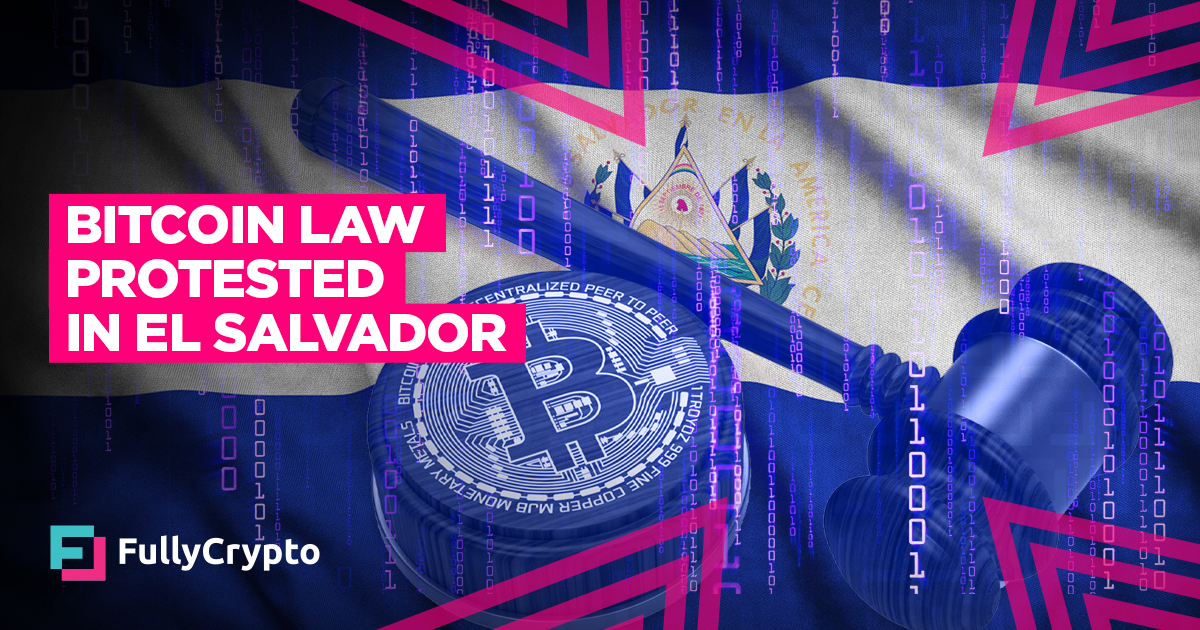 Opposition to the recently imposed Bitcoin law in El Salvador has increased in recent days, leading to protestors breaking an embargo in order to make their feelings known on the matter. Concerns over Bitcoin’s volatility and merchants’ readiness to accept the cryptocurrency have led to voices of dissent becoming louder, adding to the concerns raised by the international community, and resulting in anti-Bitcoin law protests in the streets of El Salvador.

El Salvador Not Keen on Bitcoin

El Salvador created history on June 9 when it pushed through a law that made Bitcoin legal tender, a development that dismayed El Salvadorans as much as it delighted the Bitcoin community. A study commissioned earlier this month by the Center for Citizen Studies (CEC) at Francisco Gavidia University found that 77% of respondents viewed the adoption of Bitcoin as an unwise move, compared to just 19.4% who were in favour of it.

The major sources of complaint seem to be Bitcoin’s volatility and the fact that businesses will essentially be forced to accept it. There are also concerns about how president Nayib Bukele’s government forced the ruling through. Bills normally require a lengthy process of study, consultation, and redrafting before being tabled, but the Bitcoin Law went from proposal to confirmation in less than six hours.

Opposition Takes to the Streets and Law Courts

Grumblings about the Bitcoin law from El Salvadorans have been growing ever since the law was passed, aided by the response from international political figures who have condemned it en masse. This has led to citizens taking action and forming the Block of Resistance and Popular Rebellion which recently took to the streets despite a three-month ban on protests, ostensibly for coronavirus reasons, to make their feelings known.

The opposition party, of which Bukele used to belong, has even filed a lawsuit to prevent the implementation of the Bitcoin Law, hoping that the country’s law courts can stand up to the authoritarian president and make the law illegal.