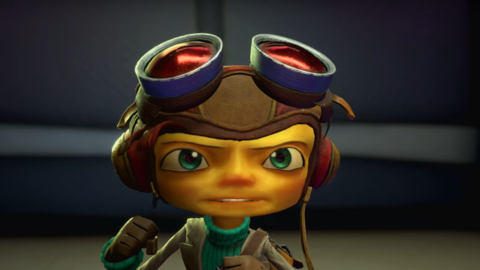 A new story trailer for Psychonauts 2 has all the psychedelic madcap action you may expect from the long-awaited sequel, along with one thing you may not have expected: Raz’s surprisingly large family.

The trailer explains that it’s Raz’s first official day as a Psychonaut, and that the organization is facing a threat from a long-dormant enemy who may have compromised one of your allies. In the process we see lots of wild set-pieces and gameplay elements, like a Raz pencil sketch that comes to life. But near the very end, his family makes an appearance, adding seven more Aquatos to the mix.

Like the first game, Psychonauts 2 appears to be an inventive mix of puzzle-platforming and Burton-esque landscapes as you delve into the minds of various subjects to battle their inner demons. In fact, the trailer makes a point of this, as a character narrates that a Psychonaut’s job is to help people, not change their minds or “fix” them.

When Double Fine boss Tim Schaefer gave an update on development as the game entered the home stretch, he committed not to “crunch” on the game–the common practice of developers putting in long hours. He cited a bad crunch experience from the first Psychonauts as the reason for this new approach.

“You’re just so focused on making the game good, and getting it done, and then you look up and it’s a sea of dead bodies all around you,” he said. “And you’re like, ‘What have I done?'”

Psychonauts 2 is coming on August 25 for PC, PS4, Xbox One, and Xbox Series X|S. As a first-party game from Microsoft, it will be included with Xbox Game Pass. For more details, check out our Psychonauts 2 hands-on preview.

GameSpot may get a commission from retail offers.