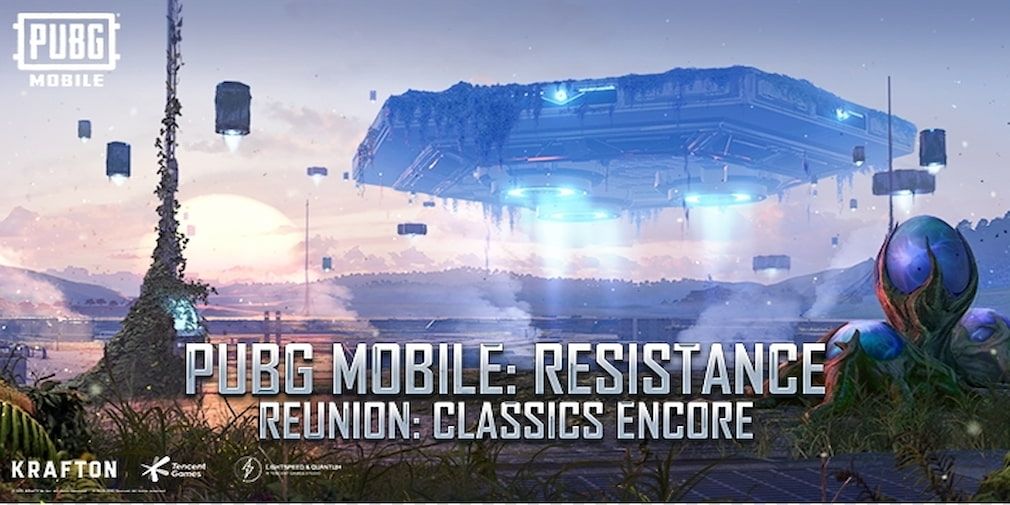 The PUBG Mobile 1.6 patch is rolling out to all Android and iOS devices today. The latest update introduces brand new content, including new modes, maps and social features.

The new patch update occupies around 690 MB of storage in Android devices and 1.68 GB for iOS. And it’s worth updating pretty sharpish since players who update the game between September 14th to 19th can claim 2,888 BP, 100 AG, and the Justice Defender Backpack (3d).

Let’s take a look at all the new content that’s arrived in the game with this latest patch update.

According to the story, the popular map, Erangel is under attack by the alien plants known as Yarilo. Using their powers, they took over the core urban areas and grew stronger. As a result, their abilities are enhanced to a greater extent, forming a Rejuvenating Barrier that has a powerful regen ability.

In this mode, you are tasked with investigating the Cell Matrix, a giant spaceship that has gone out of control due to the invasion. During your investigation, you will have to reclaim the ship and escape the enemy territory alive. You can also try powerful weapons and call DynaHex Supplies to stock up with ammo and secondary weapons.

Have you outplayed the enemy squad and wanted to flex in front of your friends? PUBG MOBILE has made this possible by adding a highlights feature. By using this, you can save and replay your previous matches and even share them with your friends.

In addition to this, Region Rankings will be added in this patch. You will be competing with other players in your region to see your name featured on the leaderboards. However, it will not be available in each and every region right away and will roll out after a couple of tests.

Addition of removed modes and maps

If you have been playing PUBG MOBILE for quite some time, then you have probably taken part in the limited-time modes and maps. Recently, the community requested to bring back the modes as they were quite popular. Finally, the developers have finally added some of the maps and modes in PUBG Mobile 1.6 and they are:

The game is introducing Playoffs to the All-Talent Championship, for those teams who couldn’t qualify for the finals. There will also be regular weekly match rankings to add more competitive scenes to the game. Moreover, Cycle 1 Season 2 will be available from 17th September until 18th November.

The third Royal Pass for PUBG Mobile is known as Chef’s Special and will run from September 17th to October 17th.

Want more?
Check out our 23 other
PUBG MOBILE tips, guides and walkthroughs!