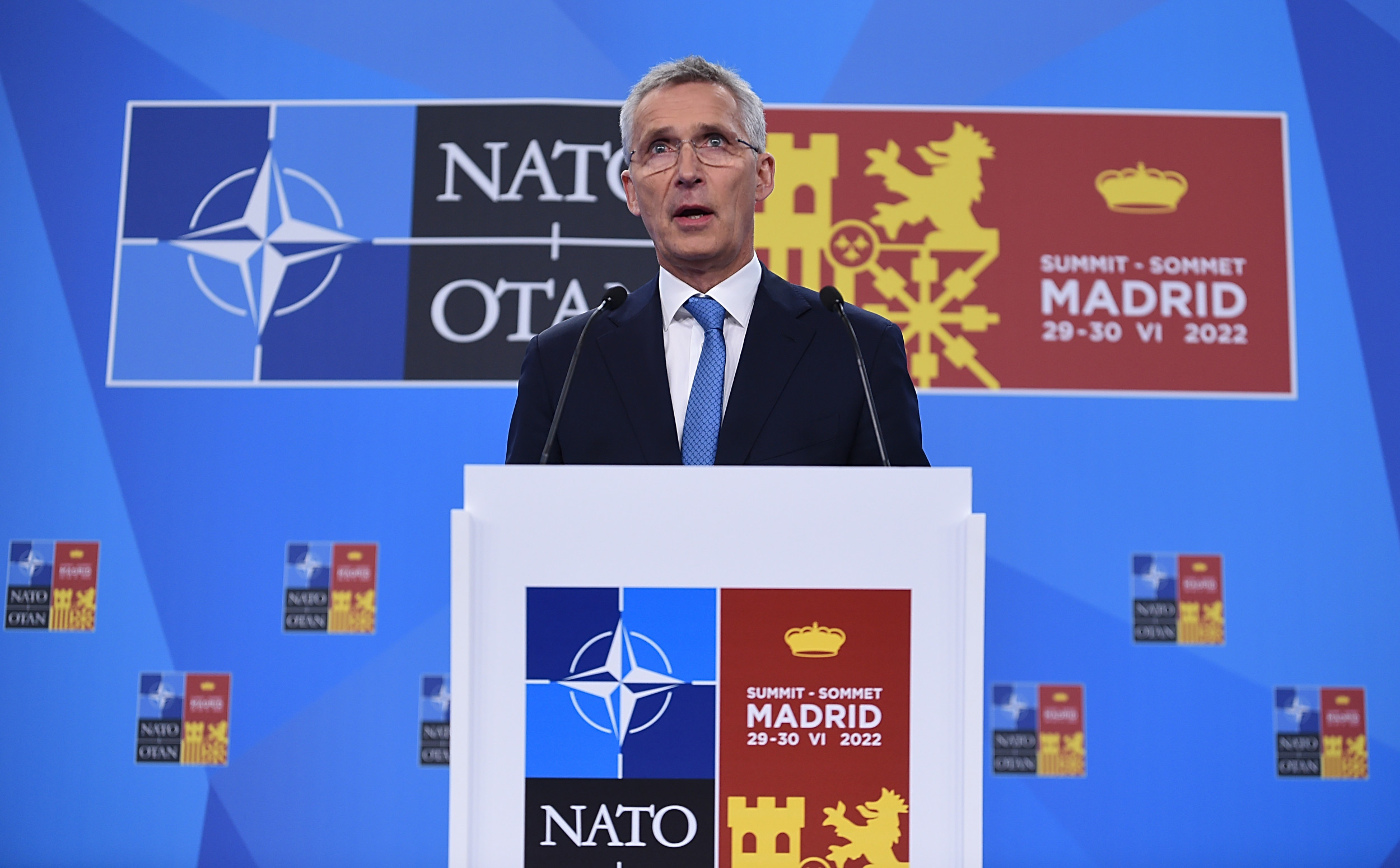 NATO Secretary-General Jens Stoltenberg has reportedly vowed that the defensive alliance will not engage in the “same kind of reckless and dangerous nuclear rhetoric” as Russian President Vladimir Putin.

Stoltenberg’s comments were obtained by Reuters Editor-in-Chief Alessandra Galloni at the United Nations General Assembly on Wednesday. The NATO chief described Putin’s apparent nuclear threat in a televised address on Wednesday as “dangerous and reckless rhetoric,” according to Reuters.

“The only way to end this war is to prove that President Putin will not win on the battlefield. When he realizes that, he has to sit down and negotiate a reasonable agreement with Ukraine,” the news agency quoted him as saying.

Putin announced Wednesday that a partial mobilization will take place in Russia in order to send additional soldiers to fight in Ukraine, where counteroffensives in the southern Kherson region and eastern Kharkiv region have purportedly been chipping away at Russian soldiers, equipment and Russian-held territory. The Russian president said that the order would apply only to Russian citizens currently in the reserves and those who have served in the army with “certain military specialties and relevant experience.”

He also stated that the mobilization was needed in order to “protect the sovereignty, security and territorial integrity of Russia.”

In the same address, Putin said that he was willing to respond to what he alleged was “nuclear blackmail” from the West using his country’s own weapons, implying that nuclear strikes could be possible.

He accused high-ranking representatives of NATO countries of discussing the possible use of “weapons of mass destruction—nuclear weapons—against Russia.”

While Putin’s ongoing invasion has yet to spread beyond Ukraine’s borders, fears have been mounting that the conflict could trigger a larger war between Russia and NATO. Russian state television guests and hosts have repeatedly suggested and even encouraged Russian nuclear strikes against NATO countries.

One Russian television anchor said that Russia should have launched a nuclear missile at the U.K. during Queen Elizabeth II’s funeral earlier this week. Another Russian television personality warned in June that continued support from NATO to Ukraine amid the war would spur a “massive nuclear strike” that only “mutants” would survive.

In an address at the U.N. General Assembly on Wednesday, U.S. President Joe Biden criticized Russia for making “irresponsible nuclear threats to use nuclear weapons” and stressed that nuclear war “cannot be won and must never be fought.”

Newsweek reached out to the Kremlin and NATO for comment.