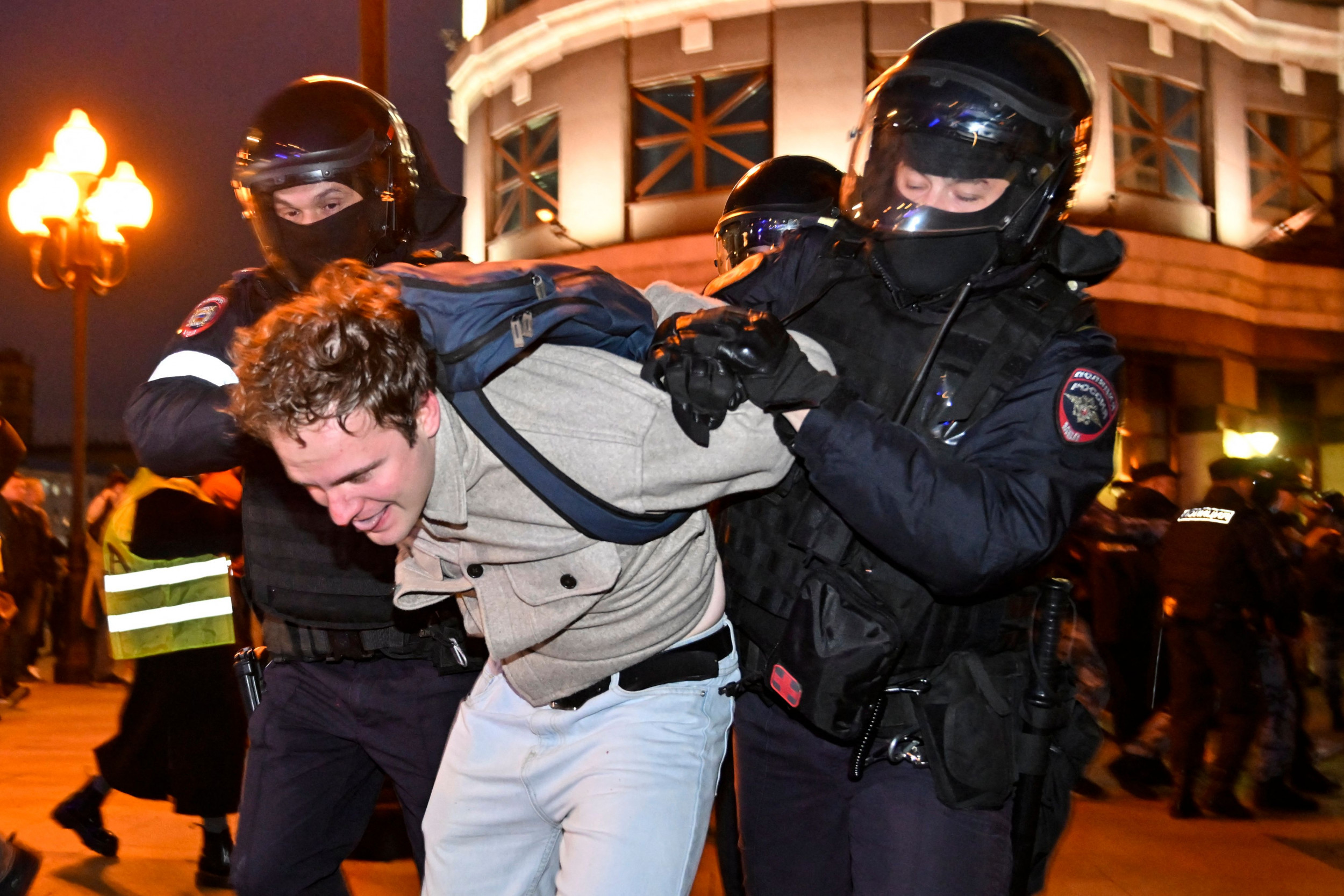 Russian President Vladimir Putin said this week he would be implementing a “partial mobilization” of the country’s population amid the war in Ukraine.

The announcement, which came as part of a nationally televised address Tuesday, was seen by many observers as a sign the conflict was beginning to sour on the country.

Russia’s invasion, which was launched on February 24, has resulted in the deaths of tens of thousands of professional soldiers and the loss of hundreds of millions of dollars in equipment. Temporary gains of territory are dissipating against the unexpected strength of a Ukrainian counteroffensive. And myriad economic sanctions have begun to cripple the country’s supply chains, while traditional Russian allies like China and India have begun expressing doubts about its ability to win the war.

The biggest implication of Putin’s speech, however, might be at home.

When Putin first took office in 2000, the country was still reeling from years of domestic unrest and a lack of national unity throughout the nation’s 89 regions. Over the next several years, Putin sought to consolidate the government, root out corruption, and solidify national identity as part of a years-long domestic strategy to encourage buy-in from the citizenry through a policy of peace and prosperity.

Amid chaos in the Middle East in 2006, Putin’s state of the nation address focused heavily on domestic concerns, saying Russian security would depend on a new generation of weaponry and a modern, mainly professional army. And while he succeeded—and escalated the country’s military presence abroad—he did so largely by holding true to his word, with conscripted soldiers rarely seeing action.

Within two years, Putin had implemented numerous reforms to the military, including reducing the armed forces to a total strength of 1 million, introducing more civilian logistics and auxiliary staff, a mass reorganization of the military reserves, and significant changes to the draft, including reducing the length of compulsory service from two years to one and implementing changes to the military code to encourage soldiers to enlist professionally.

The latest executive order—the first such order since World War II—threatens to change all of that.

Though Russian military leaders said the mobilization would be limited to roughly 300,000 soldiers, Putin’s executive order could theoretically apply to some 2 million conscripts, according to estimates by the Institute for the Study on War, with few boasting extensive training or combat experience.

And while the country regularly drafts upwards of 100,000 men for one-year stints of active military service, few have joined voluntarily, according to outside reports of anemic recruitment numbers from the latest volunteer push, reportedly forcing Russia to rely on enlisting the sick and injured to help bolster frontline numbers.

“One of Putin’s main philosophical paradigms from the very beginning, when he first came to power, has been: Leave the people alone,” A pro-Kremlin political analyst, Sergei Markov, told the New York Times this summer. “Ideally, they must not notice this special military operation almost at all. It shouldn’t affect their lives in any way.”

But people have noticed. Shortly after Putin’s announcement, scores of flights out of the country were unavailable, the Moscow Times, an independent online publication based in Amsterdam, reported Tuesday, prompting widespread speculation that the Russian government was seeking to prevent eligible conscripts from leaving the country. And in spite of government restrictions on anti-war activities, activists reportedly scheduled nationwide protests on Wednesday evening in defiance of the decree.

“You don’t have to die for Putin,” Vesna Youth Democratic Movement, a Russian anti-war group, said in a statement Tuesday. “You are needed in Russia by those who love you. For the authorities, you are just cannon fodder, where you will be squandered without any meaning or purpose.”

The government has begun cracking down on dissent. According to human rights tracker OVD-Info, nearly 1,200 had been arrested in anti-war protests across the country as of mid-Tuesday afternoon, though the group said the number is likely significantly higher.