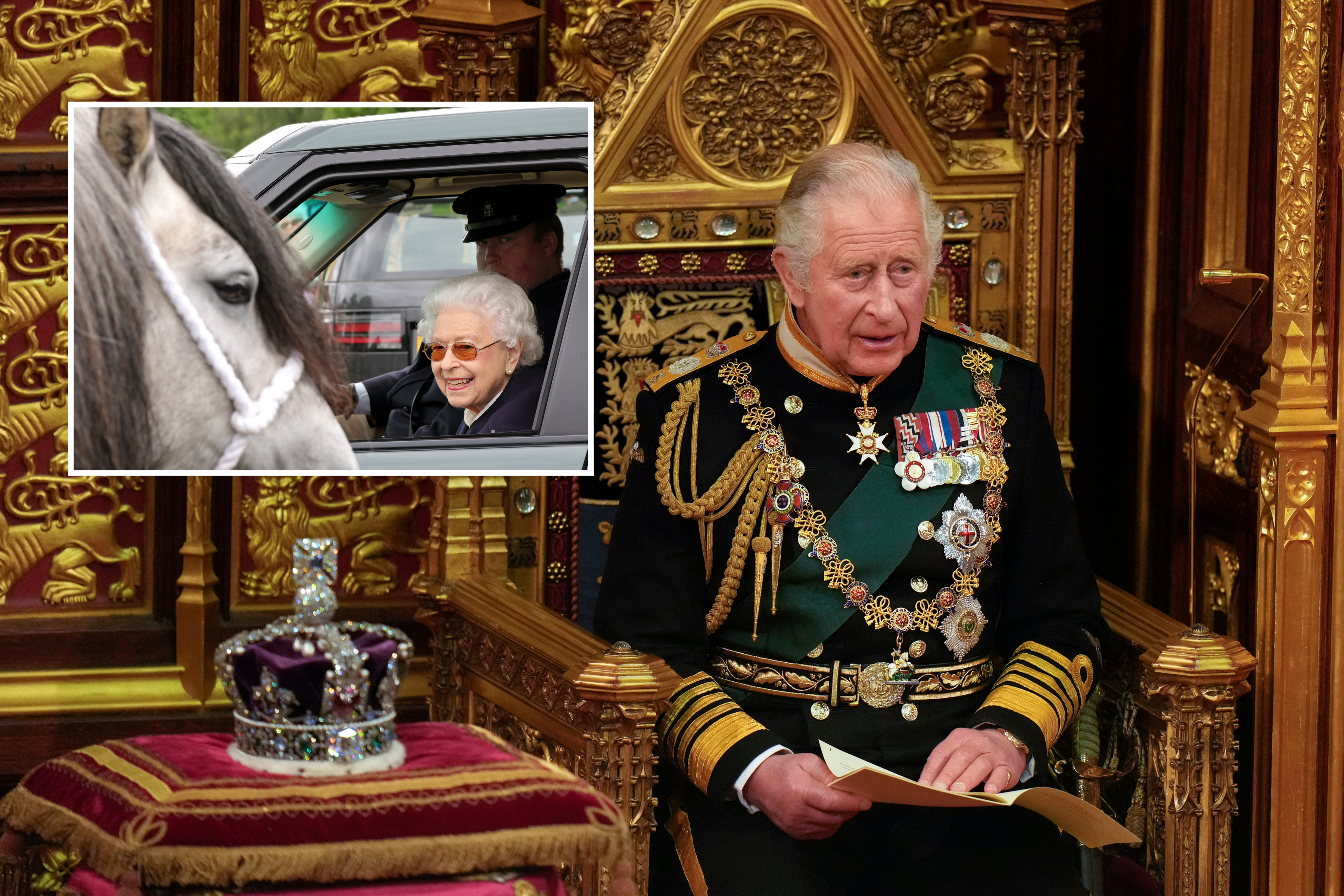 Queen Elizabeth II has appeared in public for the first time since missing the State Opening of Parliament on Tuesday, following an announcement from Buckingham Palace that the 96-year-old monarch was suffering from “episodic mobility problems.”

The queen’s appearance follows a number of canceled engagements this year after suffering a series of health scares in the autumn of 2021 and increasing mobility issues.

The monarch missed the State Opening of Parliament for the third time in her 70-year reign this week with Prince Charles stepping in to deputize and read her speech in a move that has provoked increasing speculation that abdication or a regency could now be a future possibility. A regent is appointed to act in the place of the monarch, taking over all official duties, in the case of illness, injury or incapacitation.

She appeared smiling widely on Friday at the Royal Windsor Horse Show, an annual equestrian event held, with her special permission on the grounds of Windsor Castle. The monarch was taken to the event in a chauffeur-driven Land Rover and watched some preliminary events before taking her arena side seat seen using a walking stick.

The queen has used a walking aid since last fall, and in March 2022, after falling ill with COVID-19, was recorded greeting a visitor at Windsor Castle who asked how she was doing with the answer, “as you can see, I can’t move.”

The Royal Windsor Horse Show has been regularly attended by the queen since the 1940s. This year, to mark her Platinum Jubilee, a special “Gallop Through History” celebration is taking place throughout the event with the monarch expected to attend the performance on Sunday.

The queen’s granddaughter Lady Louise Mountbatten-Windsor, the daughter of the monarch’s youngest son, Prince Edward, is also reported to be taking part in Sunday’s event, driving the carriage and ponies which were left to her by her late-grandfather, Prince Philip.

Louise and Philip bonded over carriage driving, a sport of which he was an early pioneer.

Attending Friday’s events with the queen were her son, Edward, and his wife Sophie, Countess of Wessex, alongside Penelope Knatchbull, Countess Mountbatten of Burma. Knatchbull is the wife of Philip’s cousin and a close friend of the prince in the later years of his life.

To mark her 96th birthday the Royal Windsor Horse Show released a new portrait of the queen taken by equine photographer Henry Dallal and showed the monarch standing between two of her beloved ponies, Bybeck Katie and Bybeck Nightingale. It is believed that the queen has given up riding which she continued to do throughout the pandemic.

The statement released by Buckingham Palace on Monday announcing the queen’s decision to not attend the State Opening of Parliament the following day read:

“The Queen continues to experience episodic mobility problems, and in consultation with her doctors has reluctantly decided that she will not attend the State Opening of Parliament tomorrow.

“At Her Majesty’s request, and with the agreement of the relevant authorities, The Prince of Wales will read The Queen’s speech on Her Majesty’s behalf, with The Duke of Cambridge also in attendance.”

The revelation that the queen’s mobility issues are “episodic” and continued has called into question whether or not she will be well enough to attend events planned to mark her jubilee in a central weekend of celebrations in early June.

The planned events include a concert outside Buckingham Palace, a special Trooping the Colour ceremony, a service of thanksgiving at St Paul’s Cathedral and a pageant along The Mall.

The queen’s attendance is not expected to be confirmed at the events until the day they occur. Members of the royal family will be attending each of the events, with Prince Harry and Meghan Markle announcing last week that they will be making their first family visit to the U.K since moving to the U.S in 2020.