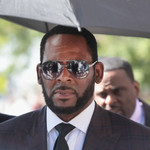 Still, Copeland said she did not witness any of the alleged abuse — including kidnapping and sexual assault — described by a long list of witnesses over the past month in Kelly’s racketeering trial at a federal court in Brooklyn.

The Grammy-winning, multiplatinum-selling singer has denied accusations that he led a criminal enterprise that sexually exploited women, girls and even boys during a 30-year career highlighted by his anthem “I Believe I Can Fly.” His lawyers have portrayed his accusers as groupies who are lying about their relationships with him.

Copeland’s testimony revealed new details about Kelly’s unusual routines and the degree to which he relied upon his inner circle.

She said he had no control over his own bank account and had “no idea where his royalties were going.”

“He didn’t even know his own Social Security number,” Copeland said. “That was a huge problem.”

The singer, born Robert Sylvester Kelly, has trouble reading and writing and would have Copeland draft his text messages before the advent of voice-to-text applications.

Kelly lived a nocturnal lifestyle in which he often didn’t start his day until 5 p.m., played basketball at midnight and remained in the recording studio until the sun came up, Copeland said.