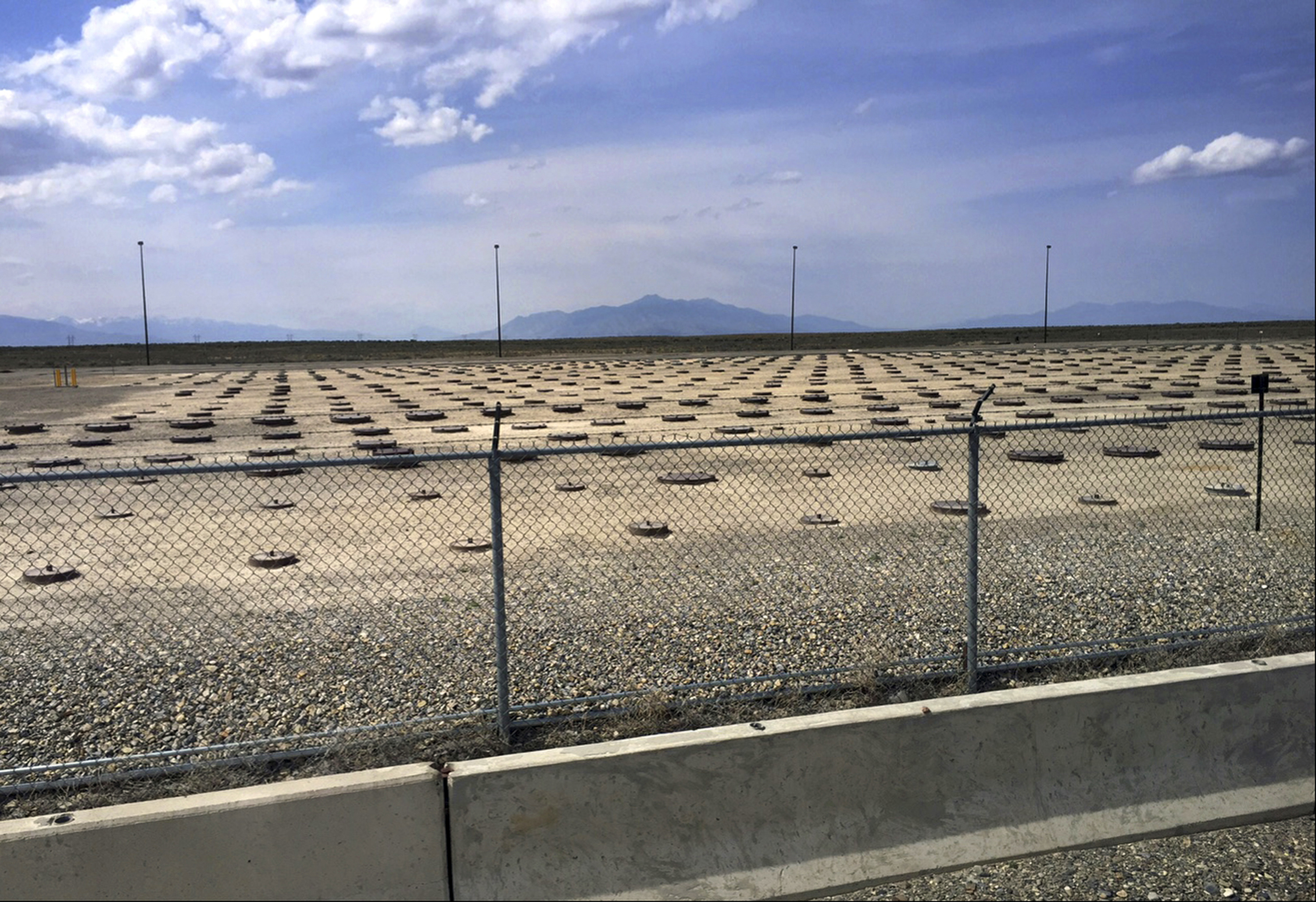 In a statement released Tuesday, the U.S. Department of Energy said the government has been sending radioactive waste from the Idaho National Laboratory to sites in New Mexico and Nevada.

The department said the shipments from Idaho have been ongoing since 2009 and have carried enough waste to fill five Olympic-sized swimming pools.

The NNSS is a large chunk of land almost the size of Rhode Island that was used for nuclear detonations for over 40 years. Today, it serves as a research and training site for a variety of nuclear, chemical and biological weapons.

The Energy Department statement closely followed a letter U.S. Representative Dina Titus of Nevada sent Monday to Energy Secretary Jennifer Granholm protesting the use of the NNSS as a radioactive waste disposal site.

“The fact that dangerous materials could be sharing the roads with my constituents and visitors raises a number of questions for me about this shipment of nuclear materials,” she wrote.

In its statement, the department said its waste disposal practices were safe.

“All offsite wastes shipped to and disposed at the NNSS are handled safely and securely and must meet all applicable federal and state regulations as well as the rigorous NNSS Waste Acceptance Criteria,” it said.

Titus, a Democrat from Las Vegas, is a retired University of Nevada, Las Vegas professor and an expert on atomic testing and American politics. She has fought for years to prevent the federal government from building a permanent storage facility for the nation’s most radioactive waste at Yucca Mountain, some 90 miles (145 kilometers) north of Las Vegas.

In her letter, Titus called for the Energy Department to disclose the amount of waste to be shipped to Nevada and its classification.

“Nevada is not America’s dumping ground,” she said.

The department said the Nevada state Division of Environmental Protection participates with other experts in pre-disposal documentation and review of an “extensive waste profile” of the material shipped to the NNSS.

The Energy Department said last month it was completing the removal of targeted waste buried decades ago in storage drums and boxes in unlined pits at a sprawling site that includes the Idaho National Laboratory, 50 miles (80 kilometers) west of the city of Idaho Falls, Idaho.

The Nevada National Security Site is a vast federal reservation where the government conducted more than 1,000 above- and below-ground nuclear detonations from 1951 to 1992.

The Energy Department agreed last year to pay Nevada $65,000 to settle a dispute about five years of shipments of mischaracterized waste from the Energy Department’s Y-12 National Security Complex in Oak Ridge, Tennessee, to the Nevada site. The state called the shipments “an unfortunate misstep.”

An earlier dispute involved the clandestine shipment of 1,100 pounds of weapons-grade plutonium from a Department of Energy facility in South Carolina. Under that settlement, the government agreed to start removing the waste from the Nevada site last year.

The Associated Press contributed to this report.