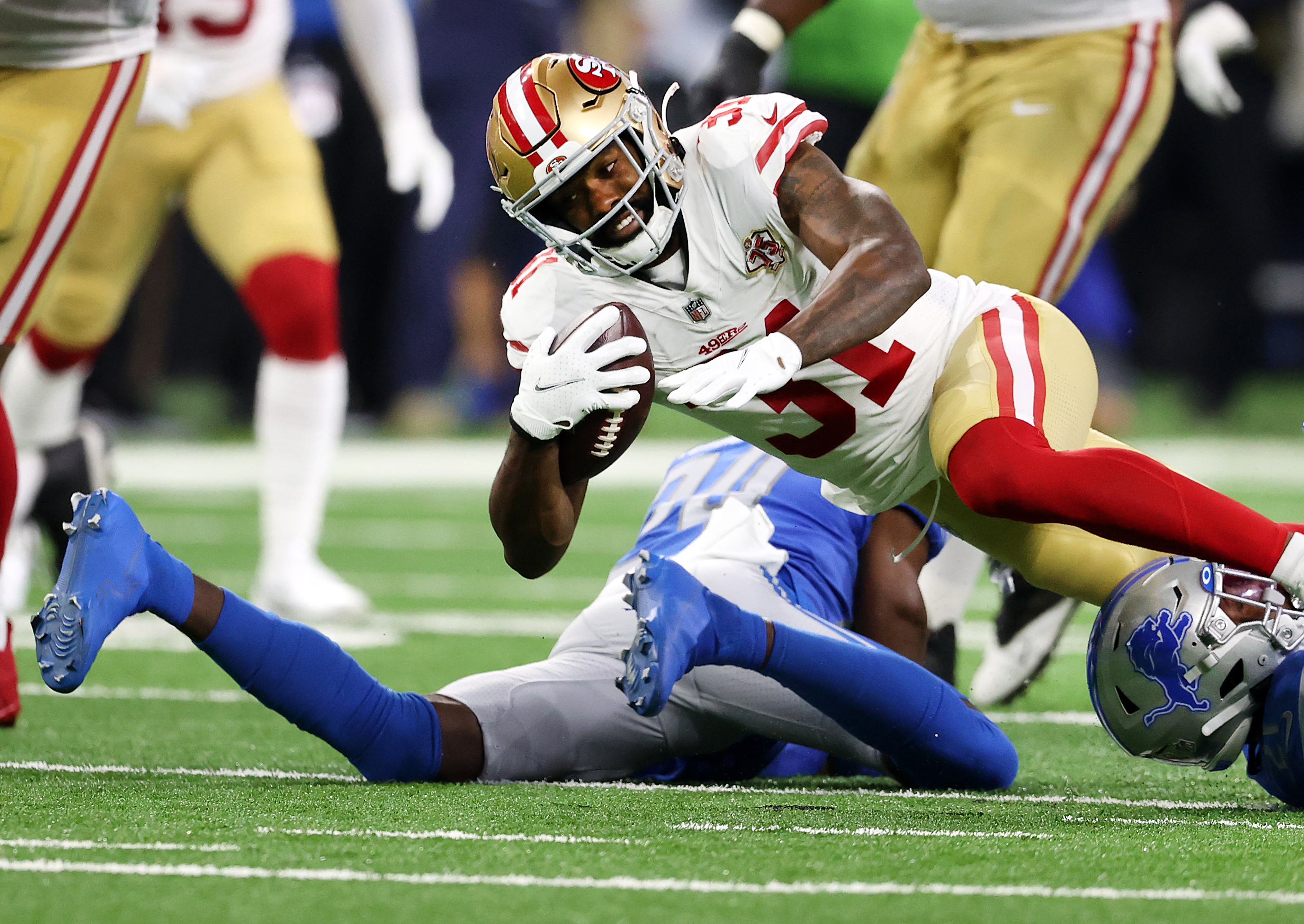 Devon Mostert, the wife of Raheem Mostert, shared in an Instagram Stories post Sunday night that she received messages saying the San Francisco 49ers running back should kill himself after being forced to leave the team’s season-opening win over the Detroit Lions with a knee injury.

“It’s days like today where I truly contemplate never getting on social media again,” she wrote. “As if today wasn’t hard enough, to get on here and have DMs about how my husband should kill himself, about how he should be cut, about how he’s made of glass. I know I shouldn’t care, but wow. Wow wow wow.”

“The nasty things some of you just carelessly say is gut wrenching,” she continued. “I don’t think ya’ll get it. Football is my husband’s job. It’s how my family EATS. To read such HEARTLESS and degrading comments about the person I LOVE hurts. And I try so hard to shake them off… I do. But when there’s HUNDREDS, THOUSANDS. It’s a lot.”

Mostert had two carries for 20 yards on the team’s first drive before injuring his knee. Devon Mostert wrote in her post that he’s scheduled to have an MRI on Monday.

“They told me they’re not worried about it being an ACL, so that’s obviously real good news but that’s about all we know,” head coach Kyle Shanahan told reporters Sunday.

Injuries have been an issue for Mostert the past two seasons. The 29-year-old missed eight games last year due to a knee sprain and a high ankle sprain.

Mostert had his breakout year in 2019, rushing for 772 yards and eight touchdowns while adding 14 receptions for 180 yards and two more scores. He became a household name in the team’s 37-20 win over the Green Bay Packers in the NFC Championship Game, rushing for 220 yards and four touchdowns.

That earned him a reworked contract before the 2020 season and had him poised to be a star at running back going forward, at least until the injury bug bit.

The Niners have depth at the position, however. With Mostert out, rookie Elijah Mitchell rushed for 104 yards and a score on 19 carries. JaMycal Hasty also suited up Sunday, while third-round draft pick Trey Sermon was a surprise scratch but likely would make his way back onto the depth chart if Mostert is forced to miss time.