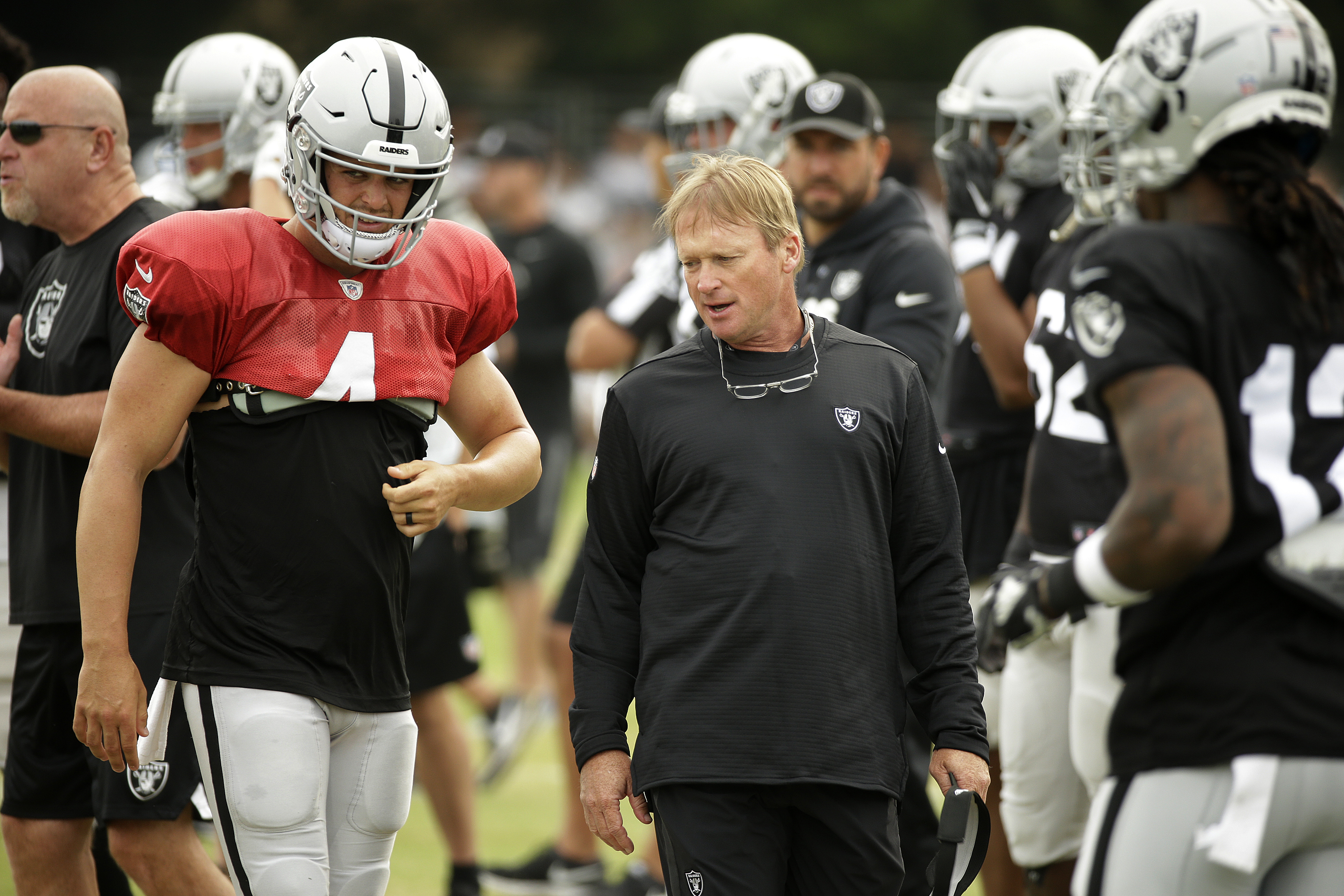 Even though there’s been plenty of outside speculation about the dynamic between Las Vegas Raiders head coach Jon Gruden and quarterback Derek Carr, general manager Mike Mayock had a unique analogy to sum up their partnership.

Appearing on The NFL Rhodes Show with Lindsay Rhodes (h/t the Las Vegas Review Journal), the Raiders GM called Gruden and Carr’s relationship “like a corny marriage” that is “really funny.”

During last year’s training camp, Gruden and Carr both made interesting comments that led to speculation about the veteran quarterback’s long-term outlook with the organization.

Carr told reporters in Aug. 2020 that he is “tired of being disrespected.” It’s unclear who the three-time Pro Bowler was talking about with that statement.

Shortly after Carr’s comments, Gruden did praise what he saw from backup quarterback Marcus Mariota following a Raiders practice.

“He has turned a corner with his ankle (injury) and he is a dazzling playmaker,” Gruden told reporters, adding that Mariota “really fired me up today.”

Since rejoining the Raiders as head coach in 2017, there has been near-constant speculation Gruden would look to find a new starting quarterback.

After his first year with Carr, Peter King of MMQB told Dan Patrick that Gruden was enamored with Kyler Murray ahead of the 2018 draft (h/t 247Sports), while Russell Wilson, Aaron Rodgers and Tom Brady have all been suggested as potential targets in the years since.

It doesn’t appear as if Gruden was in a great rush to find a new starting quarterback, though. The Raiders could have gotten out of Carr’s deal this offseason with just a $2.5 million dead cap hit.

Instead, Carr is going to enter 2021 as the Raiders’ starter for the eighth straight season. He has only missed two regular-season games in his career to his point.

Las Vegas will have the opportunity to move on from Carr next offseason if it chooses. He is under contract in 2022, but the deal includes no dead cap penalty if he is released or traded.

The Fresno State alum is coming off one of his most productive seasons in 2020. He threw for 4,103 yards, 27 touchdowns and completed 67.3 percent of his pass attempts.