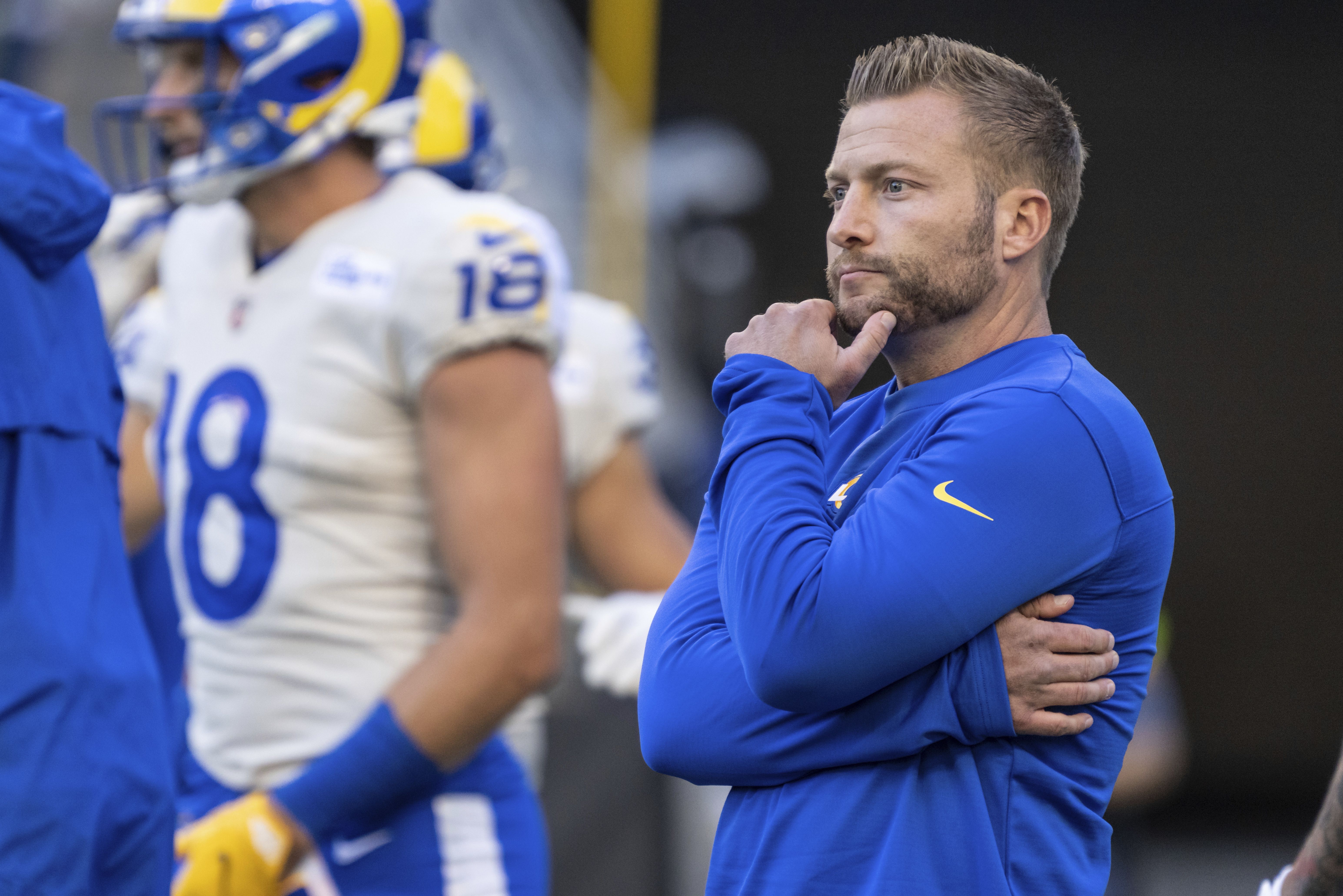 “All I know is I can only speak on my individual interactions with him,” McVay told reporters Wednesday. “I haven’t seen any of those types of things that you would expect that kind of stuff to come out in writing or whatever. We are responsible for the things that we do say, but I have not seen that side of him and I was surprised by that.”

Gruden was shown to have used sexist, racist and anti-gay language in emails between 2011 and 2018 in a report Ken Belson and Katherine Rosman of the New York Times. He resigned as the Raiders head coach on Monday.

McVay began his NFL coaching career in 2008 as an assistant wide receivers coach under Gruden with the Tampa Bay Buccaneers. He also spent three years (2014-16) as an offensive coordinator for Washington under Jay Gruden, Jon’s brother.

The Rams coach discussed his philosophy as a leader in the NFL:

“I haven’t always been perfect, but I do think with the platform that I’m so fortunate and blessed to be able to have, it’s about bringing people together, building people up, helping them maximize their highest potential, but also be the best person they can possibly be. That’s something that I’m committed to trying to do and that’s what we’ll always try to do here.”

Gruden’s emails were surfaced during an investigation into workplace misconduct for the Washington Football Team, but McVay, who spent seven years with the organization, said he wasn’t contacted.