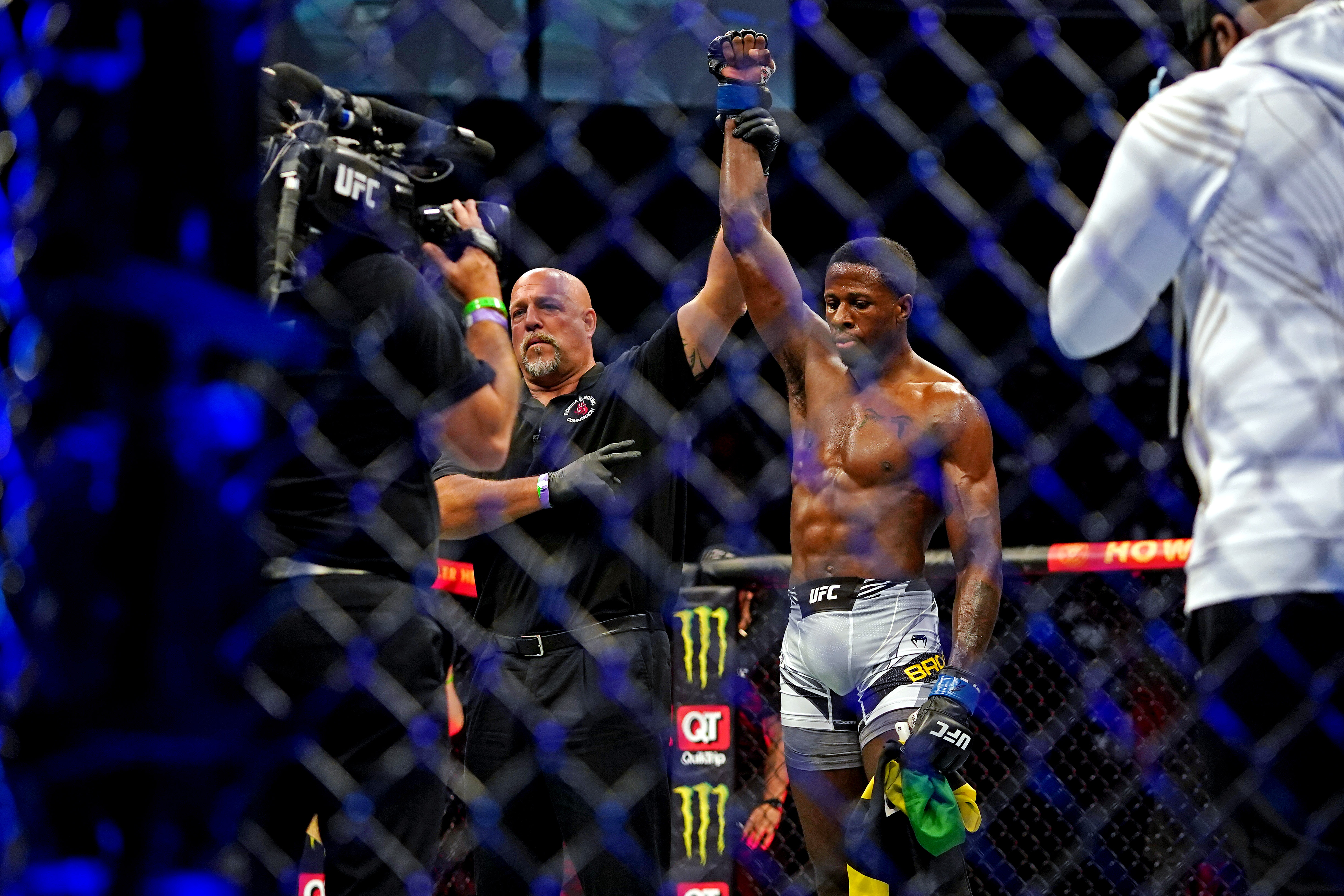 Welterweight finishers Randy Brown and Jared Gooden will thrown down in October.

Brown (13-4 MMA, 7-4 UFC) meets Gooden (18-6 MMA, 1-2 UFC) at UFC Fight Night 194 on Oct. 9 at the UFC Apex in Las Vegas. Both fighters recently confirmed the booking on social media after Brown announced the news on his Twitch channel.

Winner of three of his past four, Brown is coming off a first-round submission of Alex Oliveira at UFC 261 in April. All three of his wins have come by finish.

After dropping his first two UFC bouts, Gooden picked up his first octagon win when he starched Niklas Stolze in a little more than a minute at UFC on ESPN 28 in July.

With the addition, the UFC Fight Night 194 lineup includes: