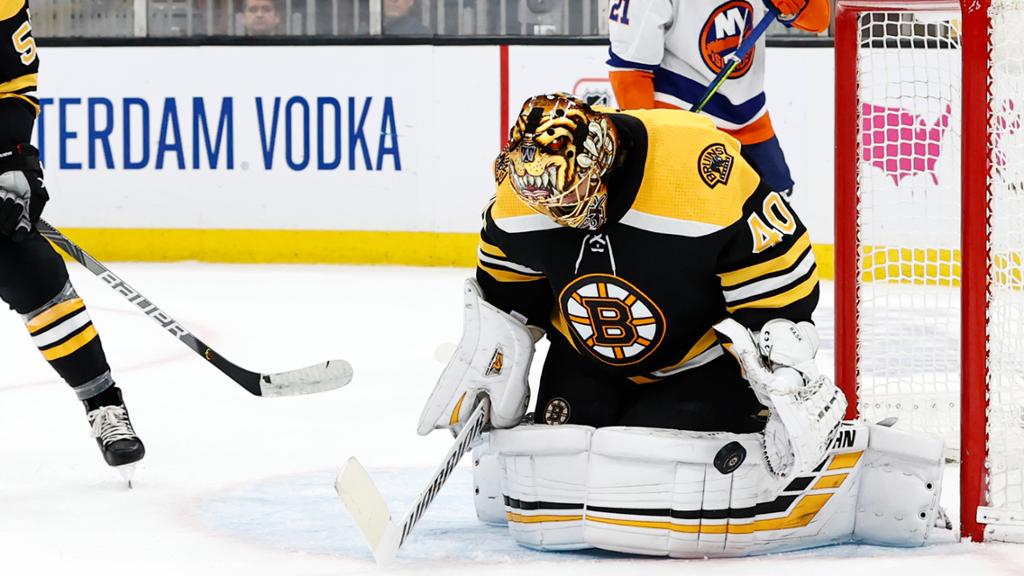 Tuukka Rask started at goalie for the Boston Bruins in Game 6 of the Stanley Cup Second Round at the New York Islanders on Wednesday (NBCSN, CBC, SN, TVAS).

“He’s ready to go,” Bruins coach Bruce Cassidy said. “So that’s it. It’s that simple. He’s our starting goalie and he’s healthy and ready to go. Let’s hope he’s on tonight and we’re better in front of him than in Game 5.”

Rask was questionable with what Cassidy called nagging injuries.

Rask was pulled after allowing four goals on 16 shots in two periods Monday. Rookie Jeremy Swayman replaced Rask to start the third period and made two saves on three shots in his Stanley Cup Playoff debut, a 5-4 loss that put the Bruins on the brink of elimination in the best-of-7 series. The winner will play the Tampa Bay Lightning in the Stanley Cup Semifinals.

It was the second time Rask was pulled from an NHL postseason game. He was replaced by Anton Khudobin in a 4-3 loss when the Bruins trailed the Toronto Maple Leafs 4-1 in the second period of Game 5 of the 2018 Eastern Conference First Round. Rask allowed four goals on 13 shots.

“I’m not going to second guess it,” Cassidy said Tuesday of removing Rask. “It’s a decision we felt was the right one. We did it. We’re moving on and we’ll see who gets the net in Game 6.”

After Game 5, Cassidy said he assumed Rask would be ready to play Game 6.

“There are certain things that stay in house here,” Cassidy said. “We factored in a number of different things. First of all, with Tuukka, we’re happy with his performance. He’s been better than he was [Monday], but we weren’t good enough in front of him as well. Let’s face it.

“We’re not dissatisfied with Tuukka’s play. There are some health issues. We know that he missed some time this year. We’re not going to get into them, where it’s at, all those, does it affect his game. There’s a lot of games in a row he’s played. So that, at some point, could be an issue in the playoffs. There’s a lot of things that go into it.”

Rask missed six games after holding his back at the end of a game against the New Jersey Devils on March 7. He returned to play one period against the Islanders on March 25, then was out another 11 games.

Swayman, a 22-year-old rookie, was 7-3-0 with a 1.50 GAA, .945 save percentage and two shutouts in 10 regular-season games, and moved ahead of Jaroslav Halak on the depth chart. Prior to replacing Rask, Swayman last played May 11, Boston’s regular-season finale.

The Bruins were without forward Curtis Lazar in Game 6. He sustained a lower-body injury during Game 5 when he went into the boards trying to hit Islanders defenseman Adam Pelech.

Defensemen Kevan Miller and Brandon Carlo also are out for Game 6. Miller missed his seventh straight game with an undisclosed injury. Carlo (undisclosed) was sidelined for a third straight game.