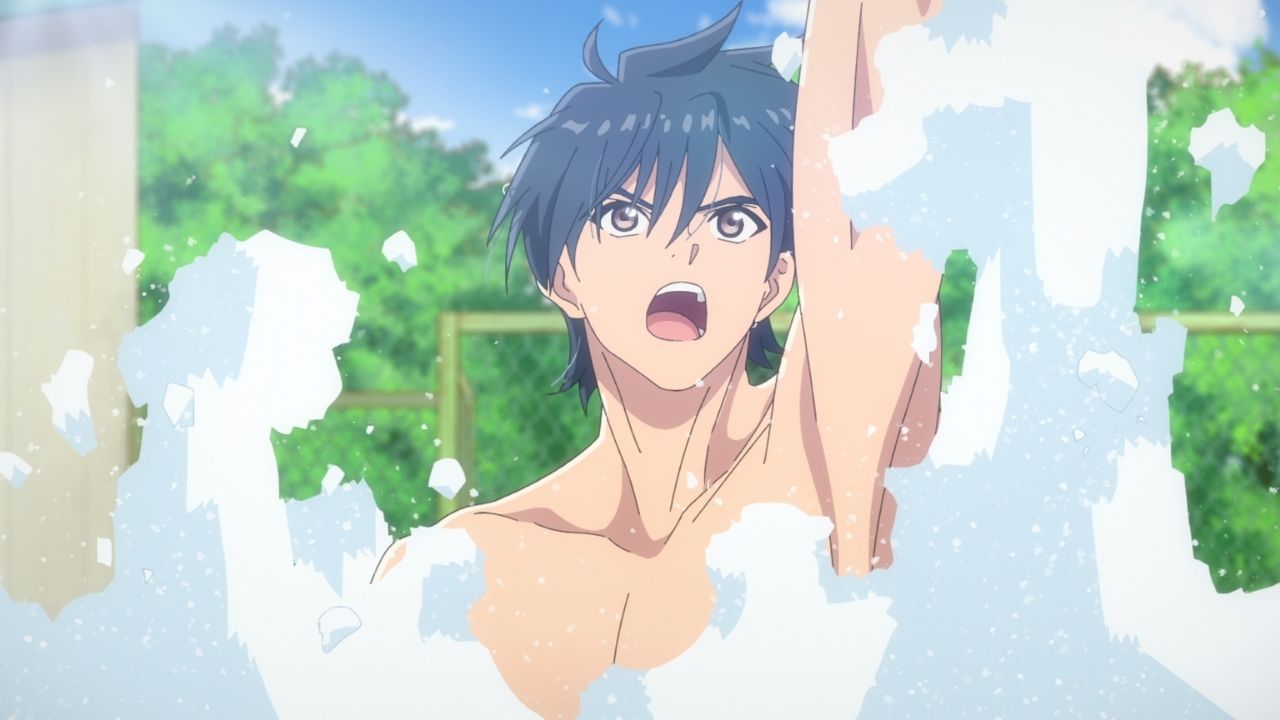 Episode 9 ended with Minato agreeing to give water polo another shot and coming back to Yamanami High with hopes of becoming the number 1 player in Japan.

Everyone’s effort and the video left behind by the “other Minato” have urged him not to leave his water polo club. For now, they are busy preparing for their upcoming prefectural, where Yamanami will face professional teams like Rikka and Shogakukan.

Now that Minato’s memories are back, will it be easy for him to get his form back too? Can he make his new team Japan no. 1 someday? We bring you the latest episode updates of this anime.

In Episode 10, Minato and his team will take their training session to the next level to make themselves tournament-ready within the limited time he has in his hand.

The previous episode was more like a reality check for Minato that made him realize how much he is lagging behind his former teammates.

Moreover, his physique is nothing compared to what it was in his peak days, so he needs to exercise a lot before the prefectural.

Episode 10 of the Re-Main anime will be released on Sunday, Sep 19, 2021. The episode title or preview has not been shown.

Episode 10 of Re-Main will be released as per schedule. No such delay has been announced.

Episode 9 continues with Yamanami High’s desperate efforts to bring Manato back to their team. Yet, it seems that the veteran Minato is cold enough to bluntly ignore everyone’s tears.

Later, he meets his former teammate, who took his position in Shogakukan after his car accident. Minato is surprised to see how Riku earned his place in the team through sheer hard work and determination.

Seeing everyone around him so serious about water polo reignites his urge to play the sport again. He gets the final push from a video that the “old Minato” left for him in a drawer.

Here, the “old Minato” explains his future self (with no high school memories), how serious the Yamanami High players are regarding water polo. He also gives himself a small introduction of each of his teammates.

Meanwhile, Chinu looks a bit disappointed in how cold and callous Minato has become. Not only Chinu, but all his family and friends are upset about him going back to his arrogant phase.

Just when Yamanami High was about to give up on bringing back Minato, he himself shows up near the pool. He shamelessly says that he wants to become the best in Japan using Yamanami High.

While everyone else has faith in teamwork and strategy, the current Minato relies completely on individual strength and power. Can he ever get along with his new team? We have to wait for the upcoming episodes to find that out.

RE-MAIN is an original water polo anime by MAPPA studio, and it will premiere in 2021. Kiyoshi Matsuda is directing the anime, and Shiho Tanaka is taking care of character designs.

Minato Kiyomizu, the protagonist of the story, had to leave competitive water polo in his middle school’s third year due to a traumatic incident. When he enters high school, he starts playing again while building up his own team.