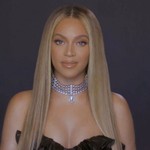 Ben Winston, executive producer of the Grammys, was also asked by the publication about Beyoncé’s absence: Viewers “might” find it strange that she’s not there, he said when prompted.

A number of artists have criticized the Grammys in recent years, including The Weeknd, who vowed to boycott the show moving forward after his hit album After Hours and its smash “Blinding Lights” were snubbed in this year’s nominations. After tweeting that “the Grammys remain corrupt” and that he went from planning to perform to being “not invited” in November, he recently said, “Because of the secret committees, I will no longer allow my label to submit my music to the Grammys.”

Kendrick Lamar, Drake and Childish Gambino reportedly declined invitations to perform at the Grammy Awards in 2019.

The 2021 Grammy Awards are airing on Sunday (March 14) at 8 p.m. ET/5 p.m. PT on CBS, Paramount+ and Grammy.com. A full list of all the performers and presenters who are set for the telecast can be found here.