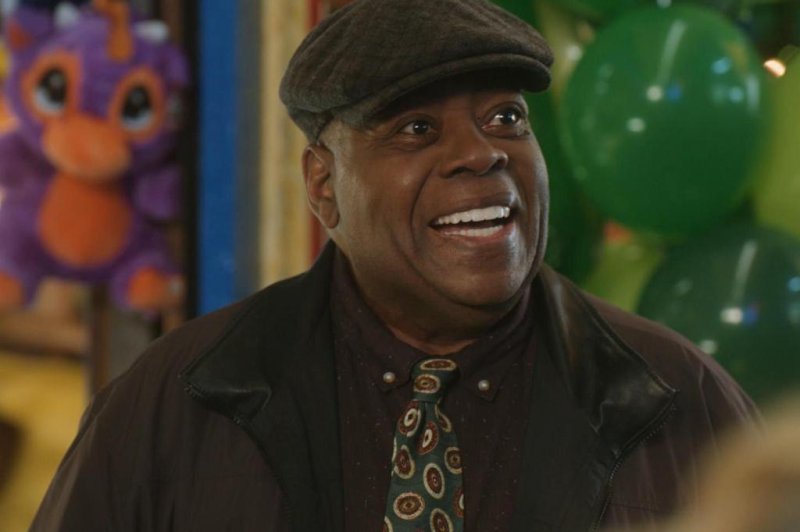 LOS ANGELES, July 21 (UPI) — Reginald VelJohnson said he asked the producers of the Disney+ Turner & Hooch series, which premieres Wednesday, if he could reprise his role from the movie. And they said yes.

“When I heard they were doing a series, I had my agent reach out to them,” VelJohnson told UPI in a phone interview. “They were happy to have me involved in it.”

The 68-year-old VelJohnson was the only actor from the movie to reprise his role in the series.

Sutton has changed careers in the time since the movie.

“I’m the mayor of the town now and not a cop,” VelJohnson said. “The character is a little older. He’s well respected.”

VelJohnson’s breakthrough role was 1988’s Die Hard. He played Sgt. Al Powell, a desk cop who becomes the contact for John McClane (Bruce Willis) outside the building where terrorists have taken over.

VelJohnson said he won the role in Turner & Hooch while he was filming Family Matters. The film had a director shakeup.

“Henry Winkler was the original director and he cast me in the role,” VelJohnson said. “Then Roger Spotiswoode took over later on.”

Winkler never got to film scenes with VelJohnson, the actor said. VelJohnson said he did not know the reasons for the replacement, and it was a challenge to play his role for a different director.

“I just did my job,” VelJohnson said.

VelJohnson said the new role of mayor suits him at his age.

In the new Turner & Hooch series, Hanks’ character died of a heart attack. He leaves behind a bull mastiff named Hooch, which his son, Scott Turner Jr. (Josh Peck), inherits.

“I think they’re just realizing that my character is important in the TV show, as well as the movie,” VelJohnson said. “I think that they’ll probably give my character more to do in terms of storyline.”

Die Hard made Willis a bona fide movie star while he was starring on TV’s Moonlighting. VelJohnson said the film remains pivotal in his career, especially because fans watch it every Christmas.

“I say, hey, if people watch it because of that, more power to them'” VelJohnson said. “When anybody asks me now, [I say] yes, it is a Christmas movie.”

In the film, McClane attends his wife’s (Bonnie Bedelia) company Christmas Eve party and saves the day when Hans Gruber (Alan Rickman) and his men take over. VelJohnson said Die Hard fans still try to give him Twinkies, Powell’s treat of choice.

“People come to me in the market and throw them in my shopping cart,” VelJohnson said. “People are always doing that.”

Before Die Hard, VelJohnson appeared in one scene as a prison security guard in Ghostbusters and played a supporting role in Crocodile Dundee. VelJohnson said Die Hard “made my career.”

The competition was stiff for the role of Powell. VelJohnson recalled meeting Wesley Snipes at his audition. Snipes would land a starring role in Major League a year later.

“He went in and I listened through the door while he was doing his thing,” VelJohnson said. “I went in and did something different.”

VelJohnson said he saw Snipes around Santa Monica, Calif., and remained friendly. He did not, however, have many scenes with Willis.

Since Powell is mostly speaking to McClane via walkie talkie, VelJohnson and Willis filmed their scenes separately. While VelJohnson filmed his side, Willis was filming Moonlighting.

“The director [John McTiernan] would read the lines because Bruce was still doing the TV show,” VelJohnson said.

Family Matters remains the longest job of VelJohnson’s career. It lasted nine seasons from 1989 to 1998 and was part of ABC’s Friday night TGIF lineup.

“It became like my family,” VelJohnson said. “I came a long way with that; watched the kids grow up.”

VelJohnson said White is the reason Family Matters lasted nine years. White was a guest star in the first season, and Urkel became so popular that they made him a series regular.

“The show was not a hit until he came on the show and I’m very grateful for that,” VelJohnson said. “If people come because he’s the star of the show, that was fine with me.”

Other shows from the TGIF lineup, such as Full House, have had recent revivals. VelJohnson said he’s not sure Family Matters could come back as a series, but he would be happy to appear on a reunion special.

“After the show, I was heartbroken,” VelJohnson said. “It took me a while to get over it, but now that I look back on it, I did a good job.”