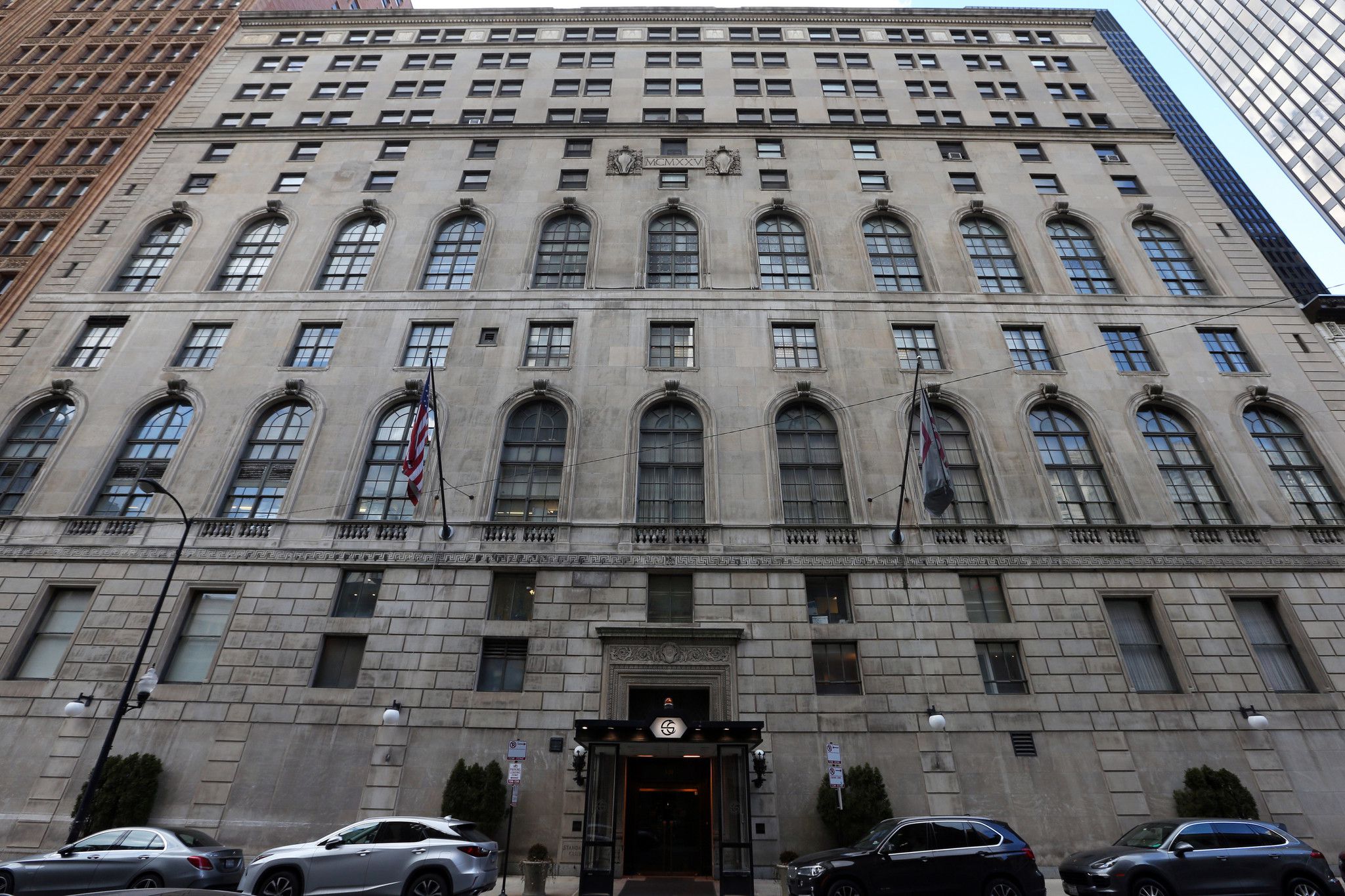 While Chicago was on COVID-19 lockdown, the Standard Club folded without the send-off due a bastion of high society. There was neither a black-tie banquet nor a final masked ball at the exclusive 151-year-old club. A band didn’t play “Auld Lang Syne” on May 1, 2020.

Yet chapters in Chicago history were written in its 10-story quarters at 320 S. Plymouth Court. It hosted a 54th birthday party for Albert Einstein and kept the University of Chicago from being stillborn.

As I frequented the Standard Club in its golden age, allow me to offer a belated eulogy. In the 1950s, I was a florist’s gofer, delivering bridal bouquets and centerpieces to wedding and bar mitzvah venues. This one was different.

It was a Jewish club, and I’m Jewish. But it seemed to me that one of us must be fibbing. For one thing, the club was eerily quiet.

Even when my relatives inched their way into the middle class, decorum wasn’t on the menu at family shindigs. Business partners berated each other for disastrous judgment calls, like hiring a son-in-law who didn’t know borscht about selling.

My people were Polish Jewish immigrants. The Standard Club was a redoubt of assimilated German Jews.

We were the poor relations. We spoke Yiddish, a Germanic dialect peppered with snatches of other languages. They scorned our mother tongue as “jargon,” speaking so pure a German that Goethe and Hegel would feel at home in the Standard Club.

It was an impressive place with a restrictive membership. The Tribune pronounced it the city’s richest social club. There were 38 bedrooms for permanent residents and visitors. If a guest lacked the suit jacket de rigueur in the dinning room, a cloakroom attendant would say: “Here is a 42 long, sir. Your size, I’d judge.”

At the age of 80, Jack Arvey explained the evolution of the Standard Club’s mores to another Tribune reporter. Arvey was the co-founder of the fabled Chicago machine, and the two were seated in the dining room of a club once off-limits to Polish Jews, like himself.

“It used to be that if you weren’t a German Jew — if you were an Eastern European Jew — you couldn’t get into the Standard Club,” he said. “Even if you had $10 million, you couldn’t.”

The club bore witness to a sociological fallacy. Pundits pontificate about the “Italian vote” or the “Black vote” or the “Jewish vote” as if each member of an ethnic group is the same.

Chicago had two Jewish communities whose origins differed as day does from night. Polish Jews were sweatshop workers. Standard Club members were captains of industry, like Julius Rosenwald of Sears Roebuck & Co. and Joseph Schaffner of Hart, Schaffner and Marx, the clothing manufacturers.

My maternal grandfather was a sweatshop worker, and I was born during the Great Depression. Clearly I’ve risen considerably above my family’s humble origins. Yet I romanticize them. It’s a street-corner boy’s way of hanging on to childhood. My buddy Marshall Ansell moved to Sweden and was in charge of acquiring books in Middle Eastern languages for the national library.

When he died, I sent a column of memories to his Swedish widow, who replied that the stories weren’t new to her. Marshall had regaled their friends with tales of boys named Yuddie and Hershel playing hide-and-seek in Chicago gangways.

But while he and I considered such urchins the “real” Jews, we might not have become a librarian and a journalist except for wealthy Jews. We went to the University of Chicago. Its founder, John D. Rockefeller, insisted that supplementary funds be raised locally.

The deadline was about to expire when an urgent meeting was called at the Standard Club.

“When hope was almost abandoned, Jews of Chicago made possible the success of the project,” President William Raney Harper told the university’s senior class in 1904. “Members of the Standard Club, composed of prominent Jews, came to our aid with a contribution of $50,000.”

So in an era when elite universities had strict quotas on Jews, Marshall and I knew we’d be welcomed at the University of Chicago.

The power of snob appeal was harnessed at the Standard Club and hitched to fundraisers for myriad charities. Its glittery bashes were perennial fodder for society columnists.

The Tribune wrote an 1886 field guide to the Standard Club that must have caught the eye of society matrons eager for their daughters to cross paths with appropriate suitors.

The article listed the club’s eligible bachelors and their vital statistics.

Over time, the club shed its founders’ xenophobia and accepted Polish Jews. The old animosities were fading in 1959, when Mount Sinai Hospital celebrated its 40th anniversary with a dinner dance at the Standard Club. Mount Sinai was established by Polish Jews who feared the food wasn’t kosher at Michael Reese Hospital, founded by German Jews.

Subsequently Jews discovered they could belong to non-Jewish clubs that had been off-limits to their forbearers. That started a countdown to the Standard Club’s demise.

One episode in the club’s long run shouldn’t be forgotten.

On Dec. 7, 1921, Jacob Loeb, its president, sponsored a fundraiser for the destitute Jews of European villages pillaged during World War I. As guests arrived, they found elegant place settings awaiting them. After a fine dinner, there’d be a call for pledges of financial support.

Instead, waiters moved through the ballroom, collecting the plates and silverware. Loeb explained what was going on.

“For so many to dine in this place would be an expenditure of thirty-five hundred dollars, which would be an unwanted extravagance, and in the face of starving Europe, a wasteful crime,” Loeb said.

“So that this money might be saved for them, you are brought here for this foodless banquet.”

In honor of those who went home hungry that others might eat, indulge me in saying a prayer that my grandparents said upon hearing of a death:

“May the Standard Club’s memory be for a blessing.”