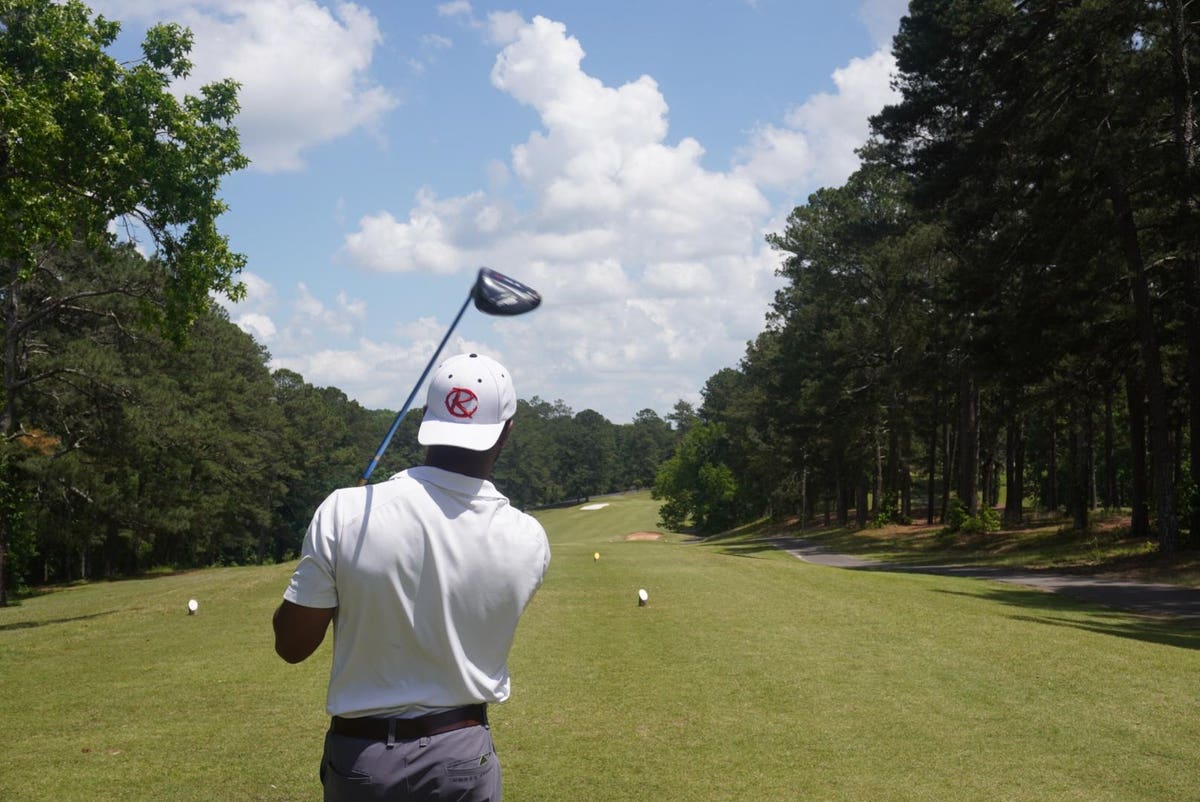 For Renegade Golf CEO Kenneth Duncan, growing-up with parents living in difference states created some challenges splitting his time between the Midwest and Southeast, but one solid plus was getting to experience a couple of the country’s peachiest golf locales. He learned the fundamentals at the First Tee at Atlanta’s famed John A. White Park golf course and would go on to play high school golf at Nicolet, a school in Milwaukee’s north-shore suburbs whose alums include PGA Tour pro Skip Kendall and hedge fund heavy hitter David Einhorn.

Duncan arrived at the University of Georgia just as future tour pros Harris English and Hudson Swafford were leaving. Despite the pedigree of the team, the finance major had the audacity to reach out to Bulldogs golf coach Chris Haack about trying out for the squad.

“I thought that as a single digit handicap golfer I might be able to potentially entertain the idea of walking-on,” Duncan says.

Haack politely responded, asking if Duncan had a record playing in American Junior Golf Association tournaments which he did not. He followed-up asking about USGA event finishes before recommending he perhaps elect to join the University’s club team instead.

The same level of gumption and fearlessness would serve him well in his concurrent roles as a management consultant for Accenture and the CEO of a golf startup looking to defy the status quo and make an impact in the sport and society.

Bootstrapped by himself and business partner Drew McLeod, a fellow Bulldog, and fueled by a desire to make golf more inclusive of all demographic and socioeconomic backgrounds, Renegade Golf burst onto the scene in 2019. Renegade started as a D2C golf bag play, offering cart and stand bags in custom color schemes and embroidery.

Duncan is big on buying used clubs and wouldn’t recommend new golfers go shell out $600 for a new driver or $2000 iron set, but bags are essential to lug your sticks around course while also providing a large canvas to showcase your personality.

“A bag can really show off your identity and who you are—like an art piece. Almost all our bags are customized because that’s how the PGA Tour players do it. You have your name, a logo and something that represents you,” he says.

They built a grassroots following with Black Greek Organizations and Historically Black Colleges and Universities, quick to embrace the ability to represent their fraternity affiliation amongst the early adopters. Of course, no product launch is all smooth sailing. Renegade suffered an expensive early hiccup on a presale of their now bestselling black and gold cart bags heading into Christmas of 2020 when a container ship carrying $20,000 worth of inventory (half of that presold), that would have taken them cash-flow positive, lost its cargo at sea in a tropical storm.

“That was awful. It was one of the biggest learning lessons we’ve had in entrepreneurship. At that time, we weren’t aware or abreast of freight insurance and it’s not expensive at all. We just didn’t know about it,” Duncan admits of the huge setback. They took the hit in stride and eventually were able to fill that order and get back on track.

Following a year of design, development and compliance grind, Renegade Golf’s three-piece Mbu golf ball, named after the Nigerian word “first of its line,” is now ready to roll in competition after being added to the USGA and R&A’s conforming ball list earlier this month. Renegade is the first black-owned equipment company to manufacture equipment that conforms with golf’s governing bodies rigid rules.

The company could have forgone jumping through all the requisite hoops to bring a new conforming ball to market by white-labeling an existing ball and just slapping their logo on it. Renegade pondered the fast pass route, fielding an offer from a manufacturer early on, but ultimately decided against it.

“That would have been attractive, but for us we’ve always tried to produce quality first. We feel you only get one shot in this game,” Duncan says, adding that they wanted to make sure they did everything right because in this industry second chances don’t come too often.

“It took a little longer to do it but we ended up with a golf ball that compares favorably to other 3-piece balls on the market and gives us a stamp of credibility for people that purchase our product initially because of our story and who we are and now they can say outside of the story of Renegade this is a quality ball and that has given us a lot of additional points,” he says.

Retailing at $33 per dozen, Mbu’s are purposely priced considerably lower than other mid-to-high compression spheres to give amateurs and aspiring pros alike a compelling reason to take them out for a spin.

“The balls that we get compared to most by our customers are Bridgestone Tour B RX, Callaway Chrome Soft and your Titlelist Pro V1—all premium level balls that each of the top manufacturers produce, but our price is more in-line with Vice or Cut,” Duncan says.

While gaining a toe-hold on the golf ball leaderboard could take years, they aren’t waiting to start giving back to the community. Philanthropy has been part of Renegade’s model from the moment the brand teed-up. They provide custom bags to golf programs in the Atlanta public school system and earlier this year kickstarted a junior golf scholarship program to equip promising youth in need of support, also supplying them with quarterly coaching credits and entry fees assistance.

Looking ahead to 2023, Renegade Golf is excited to see how brand partnerships in the works with NBC Sports and Invited (formerly Clubcorp) pan out. While widespread pro shop distribution is certainly the goal, for Duncan seeing his balls behind the counter at the UGA golf course for the first time will be a watershed moment.

“That’s a full circle moment where you are an alumni at a school, you’ve played the course that so many PGA legends have played so many times and now you have your red and black Mbu golf ball at the pro shop sitting there for all alumni to see, feel and play,” Duncan says.