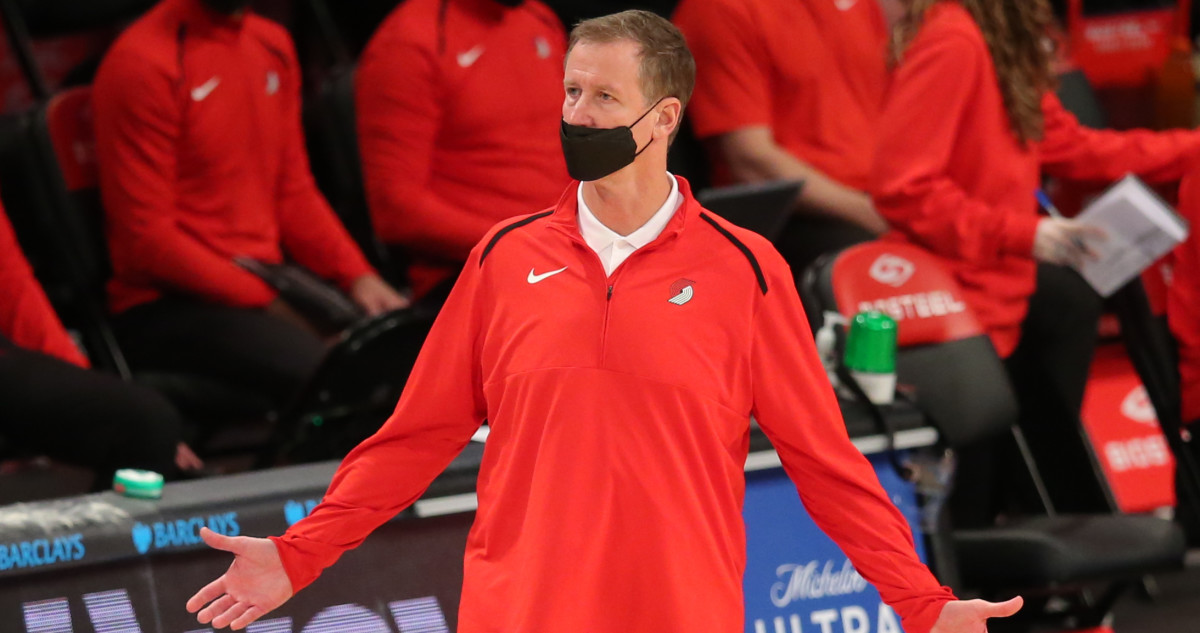 According to USA TODAY, the Blazers and Terry Stotts discussed a new contract before parting ways.

The writing was on the wall for Terry Stotts’ future with the Trail Blazers long before their season ended. Neil Olshey indirectly confirmed it during his inflammatory press conference a few days after Portland parted ways with Stotts, telling reporters that his departure came so soon after the Blazers’ first-round loss to the Denver Nuggets because they wanted Stotts to immediately be available for other job openings across the league as they became available.

The chances of Stotts remaining in Rip City beyond the 2020-21 season, basically, were always very low – at least barring the possibility of a “playoff miracle” that didn’t come close to passing. But the latest intel suggests the Blazers might have been more willing to move forward with Stotts than previous reporting and Olshey’s public comments indicated.

Portland and Stotts actually engaged in discussions on a new contract before their mutual separation on June 4, according to USA TODAY’s Jeff Zillgitt and Mark Medina.

The Trail Blazers and Terry Stotts didn’t come to terms on an extension so the two sides parted ways.

Talk of another contract extension between the Blazers and Stotts hasn’t been previously reported. Shortly after Portland was eliminated from the 2019 Western Conference Finals by the Golden State Warriors, Stotts inked an extension with Portland meant to keep him in Rip City through the 2021-22 season.

It’s telling that no further details on the contract negotiations were reported. If either side had any realistic hopes of getting another deal done once Portland was eliminated from the first round for the fourth time in five seasons, they surely would have been unearthed by now.

The more likely scenario is that Olshey and Stotts discussed a possible extension simply out of courtesy, both parties knowing exactly how fruitless they’d be following another disappointing playoff exit – and the reality that Stotts’ voice had grown stale in the locker room after nine seasons.

READ MORE: Where Does Blazers’ Job Rank Among Coaching Vacancies?