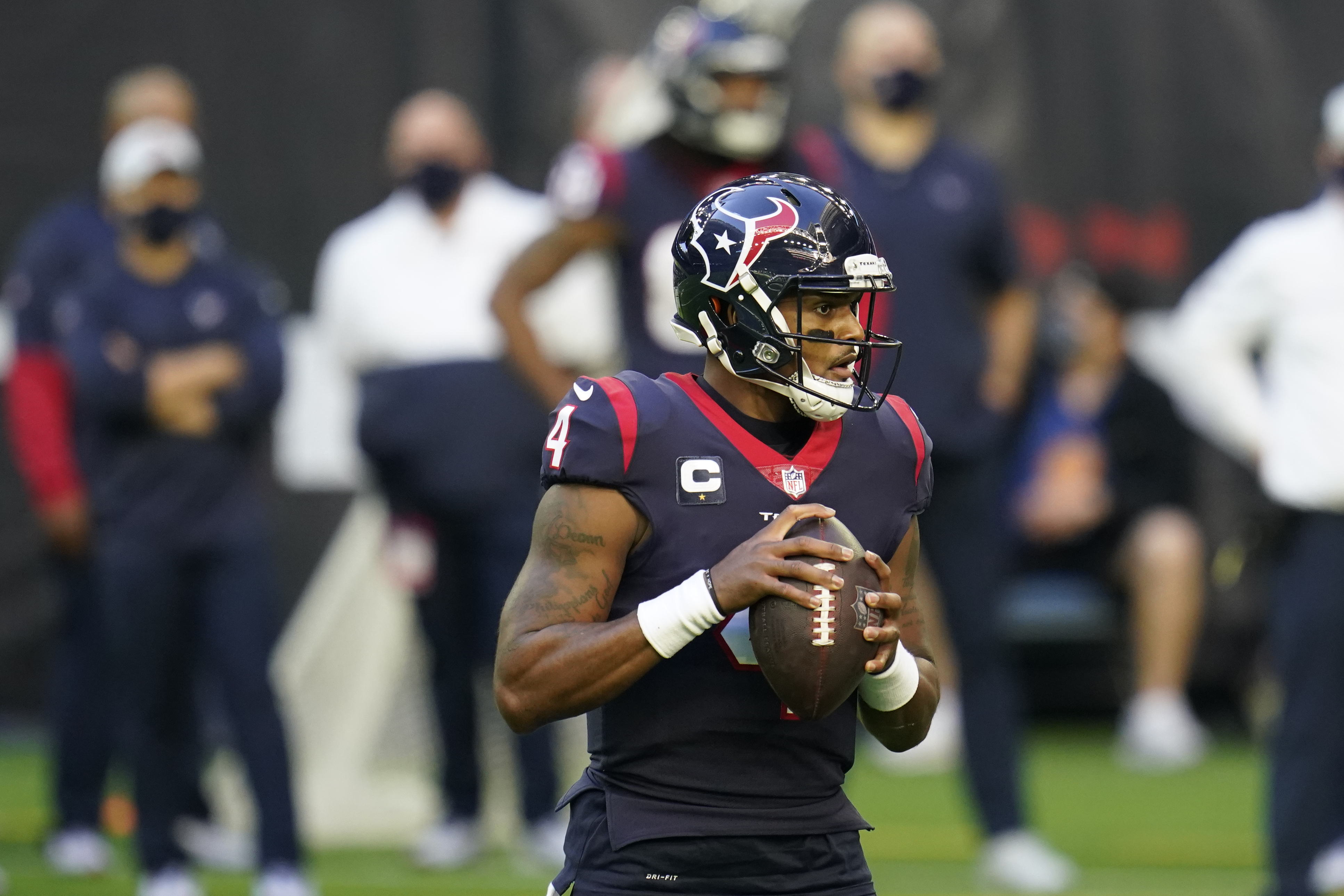 The Miami Dolphins would reportedly consider trading for Deshaun Watson if the Houston Texans quarterback’s ongoing sexual assault lawsuits are settled during the 2021 season.

Adam H. Beasley of Pro Football Network reported the Dolphins have “lingering questions” about Tua Tagovailoa’s ability to be a franchise quarterback and would consider an upgrade.

Watson requested a trade from the Texans earlier this offseason before he was the subject of 22 lawsuits alleging sexual misconduct and assault. It is unclear whether those civil suits will be resolved before the start of the 2021 season, and several accusers have spoken to Houston police.

The NFL would likely place Watson on the Commissioner’s Exempt List if the situation is not resolved by the start of the season. Watson would receive a salary but be barred from team activities if the league goes that route.

A three-time Pro Bowler, Watson led the NFL in passing last season (4,823 yards) and would under typical circumstances command a franchise-changing haul in trade talks. Even if Watson were to settle with his accusers and not face NFL punishment, there will likely be some teams that refuse to acquire him. There will likewise be a significant segment of a team’s fanbase that will struggle to embrace Watson.

ESPN’s Jeremy Fowler reported the Texans are “slowly moving on” from Watson regardless of his status. The team signed Tyrod Taylor and drafted Davis Mills this offseason, signs they do not envision Watson being under center for Week 1—even if he’s still on the roster.

Tagovailoa, the fifth pick of the 2020 NFL draft, had an up-and-down rookie campaign as he attempted to bounce back from a leg injury that ended his career at Alabama. He threw for 1,814 yards and 11 touchdowns against five interceptions while adding 109 yards and three scores on the ground in 10 games.

Those numbers would be impressive for a typical rookie, but the Dolphins replaced Tagovailoa mid-game on multiple occasions in favor of veteran Ryan Fitzpatrick. His performance also did not fare well in comparison to fellow rookie quarterbacks Justin Herbert and Joe Burrow.