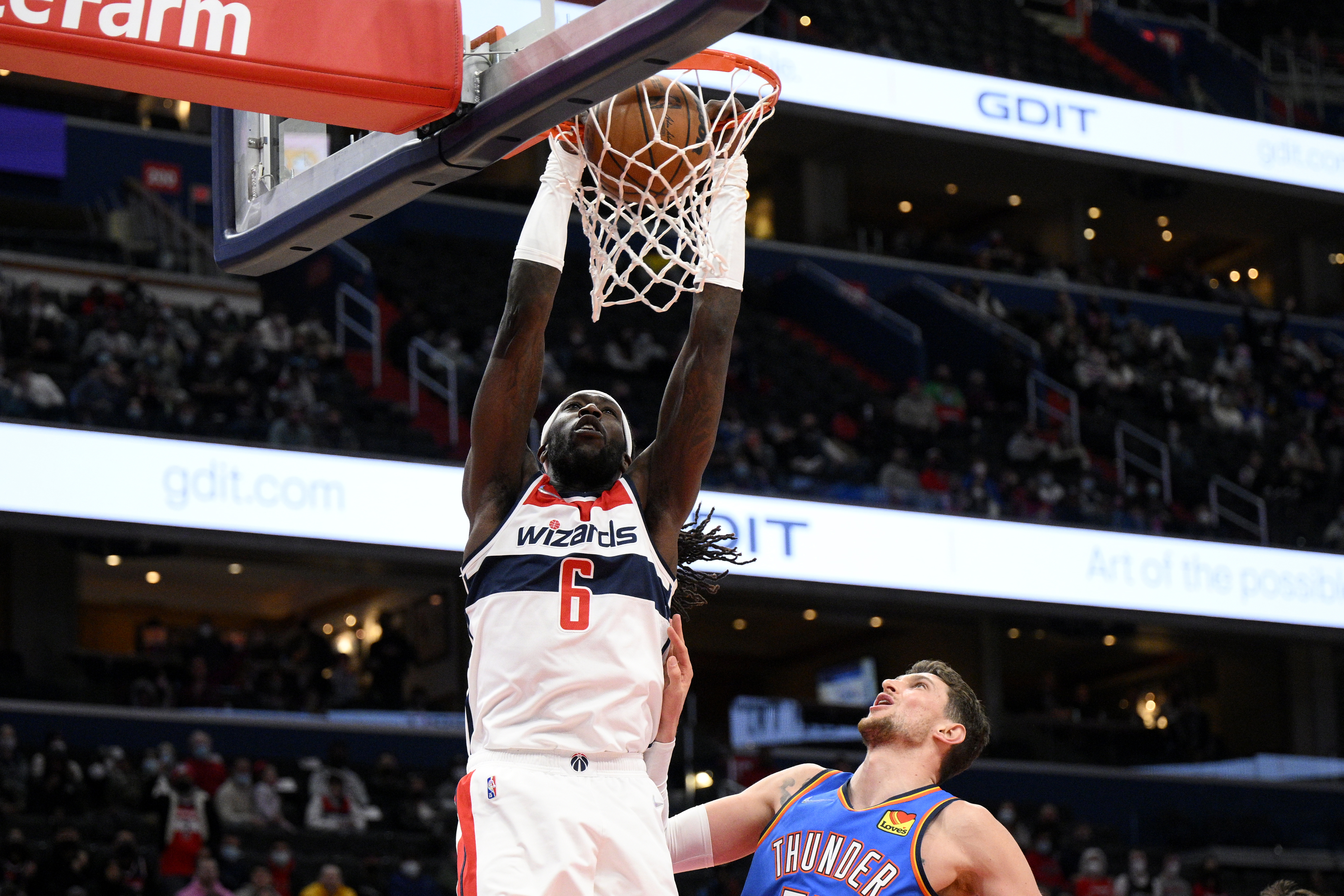 The Washington Wizards defeated the Oklahoma City Thunder in Tuesday’s game, but it reportedly was far from smooth sailing.

According to Shams Charania of The Athletic, “guard Kentavious Caldwell-Pope and center Montrezl Harrell got into a physical altercation at halftime” before their teammates ultimately separated them.

Harrell was reportedly upset Caldwell-Pope didn’t pass him the ball on a specific play, which led them to exchange words and eventually swing at each other.

The teammates are plenty familiar with each other considering they were also members of the Los Angeles Lakers last season.

The Lakers sent them to Washington as part of the trade that landed them Russell Westbrook, and the pair are part of a Wizards core that has the team in playoff position. The fight wasn’t enough to slow Washington down Tuesday with a 122-118 win, and both Harrell and Caldwell-Pope played significant roles.

The big man finished with 12 points, seven rebounds, two assists and one block off the bench, while the guard posted 16 points, three assists, three rebounds and two blocks as part of the starting unit.

Kyle Kuzma, who also played with them on the Lakers and was part of the Westbrook trade, spearheaded the scoring effort with 29 points, five rebounds and three assists.

Washington is now 21-20 overall following a second straight win and fighting for playoff positioning as the No. 9 seed in the Eastern Conference. The Nos. 7-10 seeds will participate in the play-in tournament, and the Wizards are just two games out of the No. 6 seed after Tuesday’s victory.

Next up is a Wednesday matchup against the Orlando Magic, and Harrell and Caldwell-Pope will likely be under the spotlight when they are on the floor together.