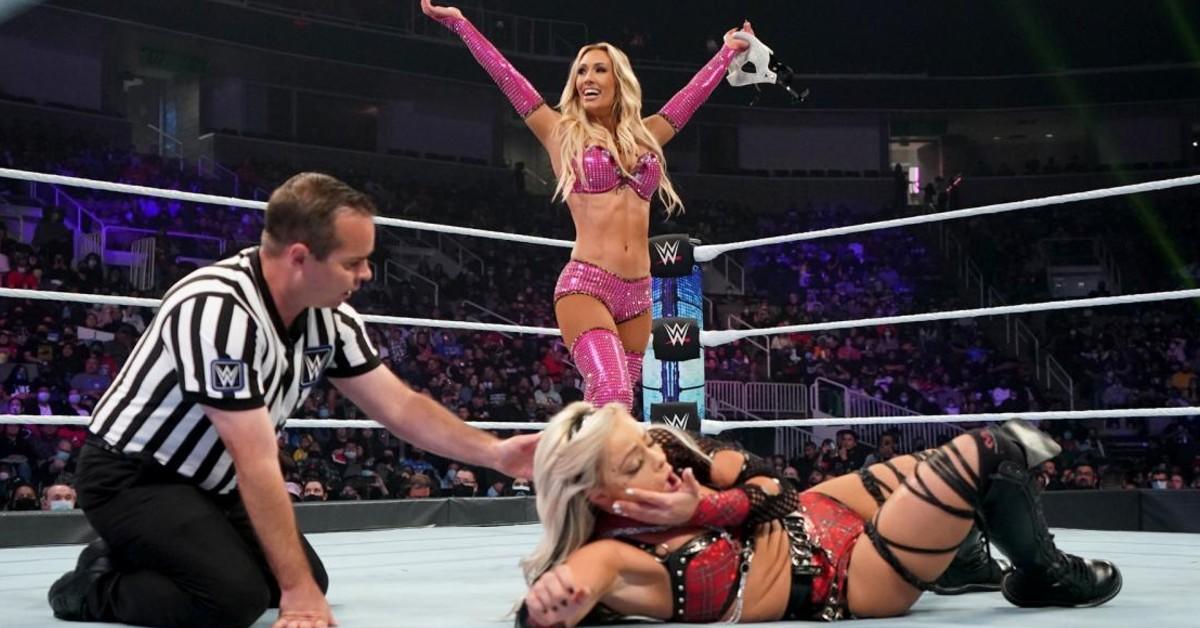 WWE officially began its first Queen’s Crown Tournament on this past week’s edition of Friday Night SmackDown with Liv Morgan taking on Carmella and Zelina Vega facing Toni Storm. Unfortunately, both matches were only given roughly two minutes of TV time, and a report dropped shortly after about the growing frustration surrounding the booking of the Women’s Divison. Fightful Select‘s Sean Ross Sapp reported that Morgan (who has been building up strong support with fans online) was originally penciled in to win her first-round match, then added, “We’ve heard significant frustration from talent and staff alike about the booking of the women’s division of late, and the time given in multiple situations.”

Without naming names, Sapp also mentioned that several women on the roster expressed their concerns about how the division would be booked “when the talent relations turnover was happening.” John Laurinaitis, who oversaw the talent relations department from 2001-12, was re-hired as Head of Talent Relations back in March.

One of the recent controversial decisions surrounding the division was the choice to have Becky Lynch make her surprise return to the company at SummerSlam and beat Bianca Beliar (winner of both the WrestleMania 37 main event and the 2021 Women’s Royal Rumble) in under 30 seconds. Both Belair and Lynch have since gone on the record talking about how last-minute the decision was.

“I mean, look, it was very last minute. I mean, very last minute. It’s so hard, especially when you’ve been a babyface for so long — and the crowd likes you and they’re endeared to you and you’ve gone away — and they’ve seen some of the stuff that I went through in the year. I’m a new mom, and I’m coming back, and they’re excited. And there’s this girl who’s been doing awesome,” Lynch said. “That’s a great rivalry. We like both these guys. How do we make them not like one of them? She’s a company girl. Like let’s do this quick, you know?

“So, I know a lot of people were upset,” she continued. “Like, ‘Well, if they were going to do this, then they should have had a long match!’ Well, if we had a long match and then I beat her, then I just beat her. That’s not good. That’s not good for her! But if she’s robbed, and we take something from her, and she doesn’t expect it … then we want to see her succeed? Oh, we want to see her succeed! We don’t want the person with it to have it anymore. We want that person to succeed. We want that more. I think we’re doing just fine.”