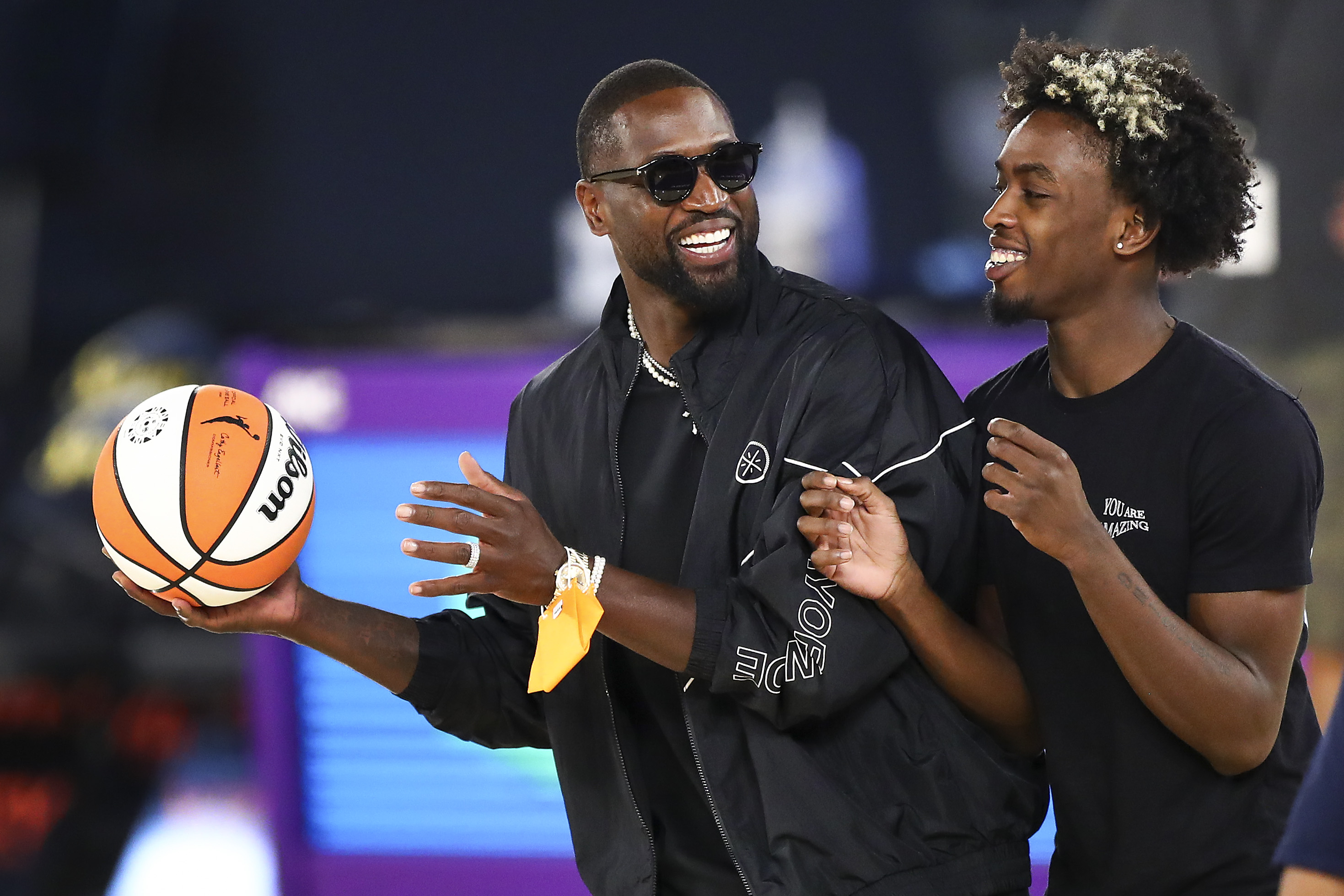 Zaire Wade, the son of Dwyane Wade, has reportedly signed a G League contract and is expected to play for the Salt Lake City Stars, the affiliate of the Utah Jazz.

Shams Charania of The Athletic and Stadium reported the deal. Dwyane Wade is a part-owner of the Jazz.

Zaire Wade played high school basketball at Sierra Canyon in Califonia and was a 3-star recruit, according to 247 Sports rankings. The combo guard had scholarship offers from Rhode Island, Toledo and South Carolina but is taking the pro route.

While Zaire would seemingly have few pro prospects based on his high school career, the same was said about his father before he attended Marquette and blossomed into a superstar. It’s possible the new environment will allow Zaire to thrive and eventually reach his NBA dreams.

Dwyane Wade bought into the Jazz as a part-owner in April and was a fixture at Jazz games late in the 2020-21 campaign.