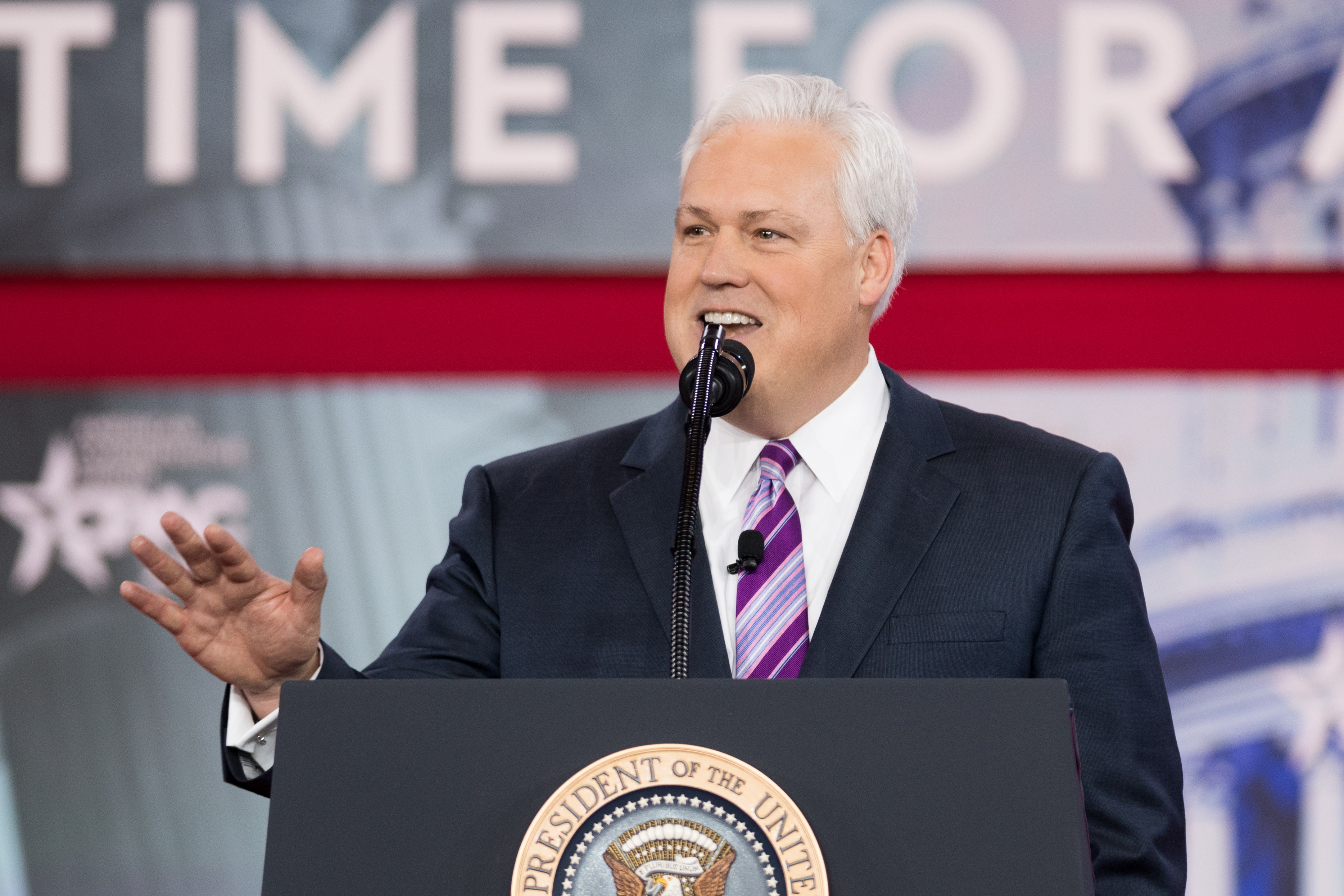 Last November, during the onset of Donald Trump’s push to portray his election defeat to Joe Biden as illegitimate, American Conservative Union chairman Matt Schlapp carried water for the former president on national TV. “We have literally 9,000 people who voted in this election who don’t live in Nevada,” Schlapp said during a November 8 appearance on Fox News—an allegation that Trump himself shared on Twitter. The CPAC organizer, who presented no evidence to back his allegations, went on to claim that Trump only lost due to widespread “fraud” and “illegality.”

Months later, Schlapp was still denying Biden’s victory. In February, during a debate on CNN over the failed election lawsuits filed by Trump’s allies, Schlapp told Chris Cuomo that “Just because you fail in court doesn’t mean you don’t have a good case. It means you lost in court…. I’ll sit down and show you the proof [of voter fraud].”

Which is why it was noteworthy that, on Sunday, nearly a year after Election Day 2020, Schlapp finally capitulated—albeit with some caveats. “Look, [Biden] is in the White House, he won the election,” he said in a joint Axios interview with his wife, former Trump administration communications official Mercedes Schlapp, before suggesting that his victory over Trump carries an asterisk: “You also have to acknowledge that we had a presidential election…unlike any we ever had because we suspended the rules because of the terrible pandemic, and that resulted in us not following the verification of voters in these states.” When confronted with the fact that there has been no evidence to suggest widespread voter fraud, Matt put his foot down. “That’s not true,” he insisted. Mercedes conceded that fraudulent votes did not “change the outcome of the election,” but she asserted that many Americans are still concerned “about election integrity.”

That buzzword—“election integrity”—has become firmly entrenched in the Republican playbook, first by Trump, then by others who hoped to echo his success in drumming up uncertainty around their defeat. And the Schlapps discussed it in tandem with another hot topic regarding future elections: whether the former president will reenter the political arena not by proxy, but wholesale. “I think it’s a greater than 50% chance that he runs,” Matt said of Trump, noting that they speak periodically. “I think, for him, he wants to know that it’s a doable thing, to win the presidency again.” Mercedes added that he could be swayed by midterm election results. If Republicans wipe the board with Democrats, as historical precedent and current data suggests they might, a Trump 2024 run will be “more likely,” she said.

Matt Schlapp, who has positioned himself as someone close to the former president, has said before that Trump is “seriously” considering a 2024 run. Of course, the will-he-or-won’t-he question is the one currently haunting the conservative world, and perhaps especially Republican presidential hopefuls, whose calculus would change completely if Trump decided to throw his weight around. “Balancing Trump with the rest of the Republican voters is becoming a high art,” a former Trump campaign aide told Tom LoBianco last week for Vanity Fair. “Look at [Virginia Republican gubernatorial candidate Glenn] Youngkin: You can’t embrace Trump and you can’t ignore him. You need to have the best of both worlds, and with Trump, he won’t let you.” If Trump’s presence in the race is still uncertain, at least the GOP strategy isn’t. “I know what the Democrats are trying to do,” Republican state senator Amanda Chase told Youngkin supporters at a rally in Virginia earlier this month, unconsciously echoing the Schlapps. “If things happen again like this past year, they will be caught.”

Later in the Axios interview, the couple refused to say whether or not they’ve gotten the COVID-19 vaccine. “It’s none of your business,” Matt Schlapp fired back when asked if he’d been vaccinated, before—tellingly—acknowledging the backlash he would face as a conservative leader if he did admit to getting it. “You know damn good and well what’s gonna happen [if I share my vaccination status]––it becomes a political question about what the head of the CPAC has done vis-à-vis COVID.”

— Mike Pence Is Already Cashing In on His Potential 2024 Run
— Katie Porter and Her Whiteboard Are Just Getting Started
— Trump’s New Social Media Company Is His Biggest Scam Yet
— Former Bush Guy Matthew Dowd Is Trying to Turn Texas Blue
— Joe Manchin Is About to Make Life Worse for His Own Constituents
— David Zaslav Is Angling to Become America’s King of Content
— Colin Powell’s Death Has Officially Been Hijacked by Anti-vaxxers
— Rigged State Governments Are Steadily Undermining Democracy
— From the Archive: Rupert Murdoch’s Tumultuous Third Marriage
— Not a subscriber? Join Vanity Fair to receive full access to VF.com and the complete online archive now.