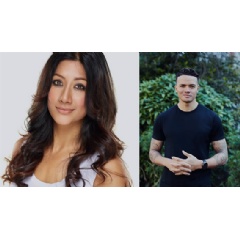 Jermaine Jenas, is certainly one of England’s most recognisable footballers and a successful broadcaster, columnist and football pundit. During his football career (he has played for Nottingham Forest FC, Newcastle United FC and Tottenham Hotspur FC), Jermaine played in the Premier League and played 21 games for England. Since retiring from the game, Jermaine has established himself as a respected pundit for BBC and BT Sport.

The crowning of The Best of the season will be held at the Home of FIFA, in Zurich, on 17 January, (19.00 CET) and will be streamed live on FIFA.com and FIFA’s YouTube channel.

To keep up with the latest news about The Best, check FIFA.com, Facebook and Twitter.com.

Join the discussion about who should win this year’s prizes, by using the hashtag #TheBest.