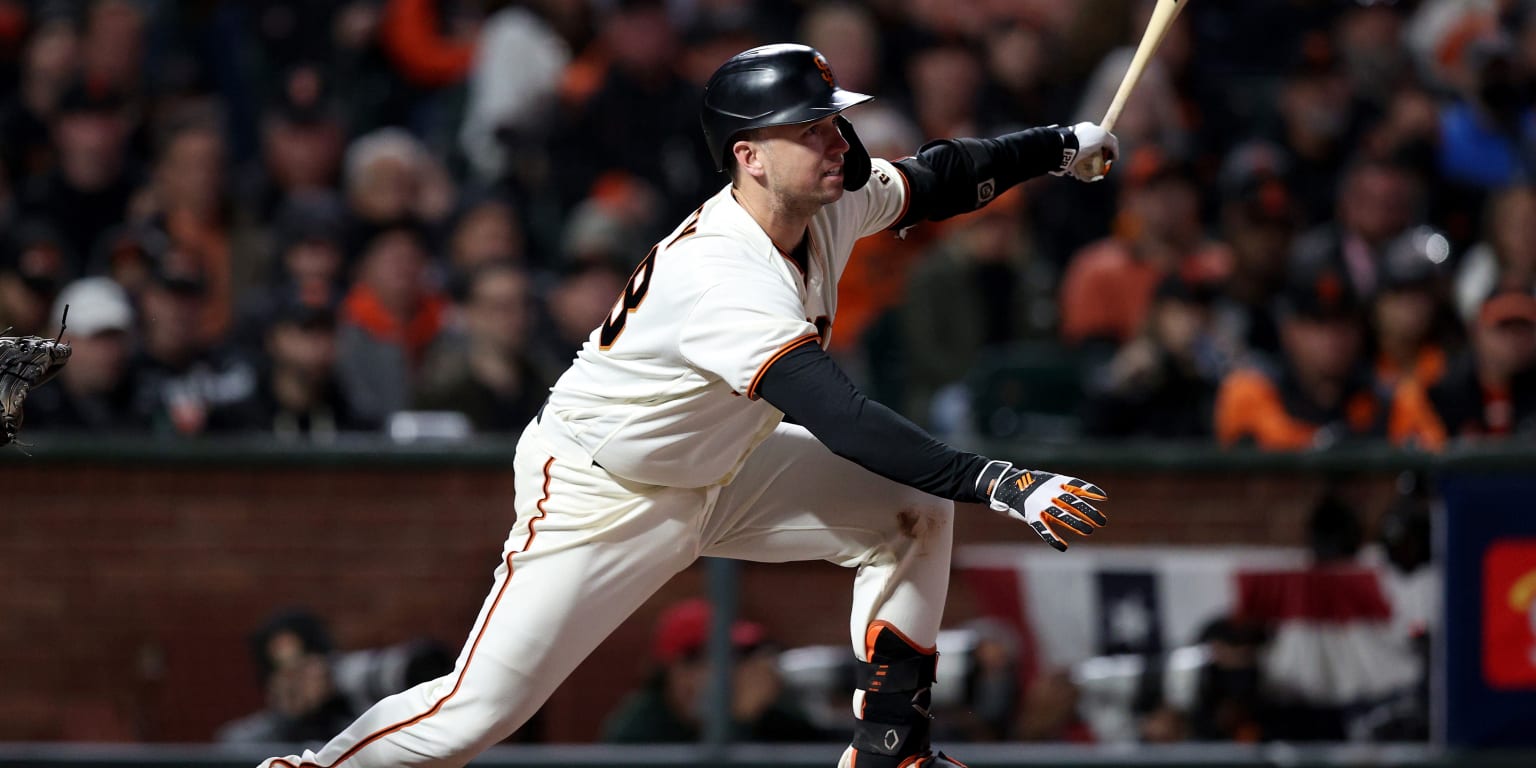 LOS ANGELES — When the Giants decided to take a conservative approach to Buster Posey’s workload during the regular season, they did so with an eye toward October.

Realizing a healthy Posey would be key to fulfilling their goal of playing meaningful baseball as deep into the season as possible, the Giants stayed disciplined with their 34-year-old catcher’s usage, typically starting him only two out of every three games to give him the best chance to stay fresh and productive down the stretch.

The plan seems to be working as intended.

Back in the postseason for the first time in five years, a rejuvenated Posey is once again leading the charge for the Giants, going 4-for-8 with a home run and a double over the first two games of the National League Division Series, which is tied at one game apiece heading into Game 3 on Monday night at Dodger Stadium.

“He’s just a special player,” left-hander Alex Wood said. “He’s just an absolute professional. He’s one of the best pure hitters I’ve ever played with. You can see it when he wants it — some guys just are able to go to that next gear at will, and he’s one of those people. I think you’ve seen it the first two games. You’ve seen it all year.”

Posey is no stranger to the October stage, as he’s the Giants’ leader in postseason games (55) having led San Francisco to World Series titles in 2010, ’12 and ’14. On Saturday night, he reached yet another milestone, eclipsing former teammate Pablo Sandoval as the franchise’s all-time leader in postseason hits with 55.

Posey, who crushed a two-run home run onto the right-field arcade off Walker Buehler on Friday, tied Sandoval with his 53rd career postseason hit, a double off Dodgers lefty Julio Urías in the fourth inning of the Giants’ 9-2 loss in Game 2 on Saturday. He took sole possession of the record with a sixth-inning single, then added another knock in the ninth to cap his three-hit night.

“For Buster, he has a slow heartbeat,” shortstop Brandon Crawford said. “He doesn’t change from regular season to postseason.”

Still, Posey acknowledged that he felt some jitters when he took the field on Friday for his first postseason game since 2016, when the Giants were eliminated in four games by Kris Bryant’s Cubs in the NLDS.

“There’s definitely butterflies, but I think those can be helpful and kind of heighten your focus,” Posey said.

Posey certainly isn’t taking these moments for granted, especially after watching the coronavirus pandemic upend the world’s collective sense of normalcy. When the Giants clinched their first NL West title since 2012 on the final day of the regular season, Posey said he felt particularly grateful to be able to look up at the stands and see thousands of rejoicing fans at Oracle Park.

“It made me happy to see people share in moments together like this,” Posey said. “I think that’s what’s obviously so great about sports — it allows people, families, communities to come together. What the whole world has endured the last two years, having to really just isolate, it was a great feeling to see everybody enjoying the moment together.”

Posey elected to sit out the shortened 2020 season due to COVID-19 concerns, staying home to care for his family after he and his wife, Kristen, adopted twin baby girls who were born prematurely last July. He was coming off a career-worst season in 2019, but president of baseball operations Farhan Zaidi and manager Gabe Kapler maintained that Posey’s return would be just as impactful as any free-agent addition the Giants could make over the offseason.

“Extremely talented, kind of outlier athletes, I don’t get surprised by,” Kapler said. “Buster sort of falls into that category. World Series trophies, MVP, Rookie of the Year, leadership characteristics, intensity, all of the intangibles — so no surprise there, particularly given how much work he put into making this happen.

“Part of that year was spent A) recovering, but also B) starting to work toward 2021. He came to camp and continued that diligence and all of the preparation that has made him who he is throughout his career. Those are the type of athletes and people that you bet on. I think there’s a lot of people around here that would have pushed a lot of chips in on Buster’s resurgence given how he prepared for it.”

The Giants were careful not to wear down Posey during the regular season, but they’ll be prepared to push him a little more now that October has arrived. With the built-in off-days in the postseason, it wouldn’t be a surprise to see Posey start every game behind the plate for the remainder of the month if his body — particularly his surgically repaired right hip — allows it.

“I think that’s a possibility,” Kapler said. “Assuming he’s healthy, strong, feeling good, I don’t see any reason why [not]. I don’t think we have to plan out every postseason game, but I think he’s a great choice to be in as many lineups as possible.”

If history is any indication, it’s a winning formula for the Giants.