Rio de Janeiro to Invest 1% of Its Treasury in Bitcoin 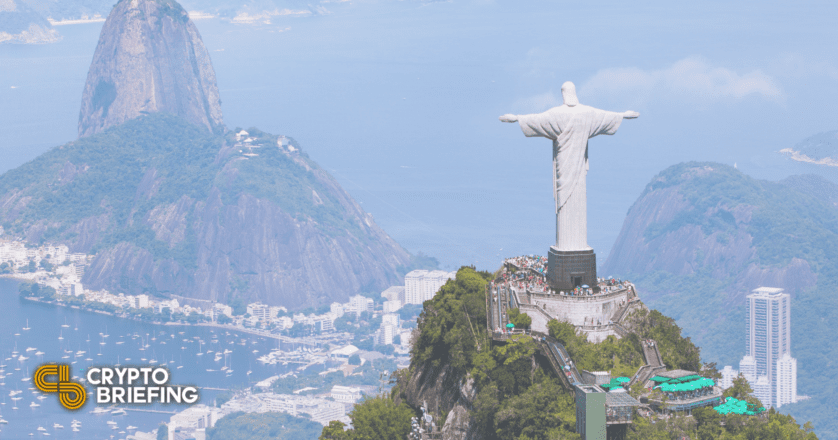 At the Rio Innovation Week, Mayor Eduardo Paes spoke on how he wants to transform Rio de Janeiro into a cryptocurrency hub. This plan is set to include holding small amounts of treasury reserves in Bitcoin.

The mayor spoke on a panel alongside his American colleague Miami Mayor Francis Suarez. He said, “We are going to launch Crypto Rio and invest 1% of the treasury in cryptocurrency.”

Mayor Suarez announced a similar move for the city of Miami last year. In a January FOX Business interview, he said, “We are looking at the possibility of diversifying our investment portfolio and having and holding a percentage of our investments in Bitcoin.” Miami never proceeded with that plan but instead launched its own coin—dubbed MiamiCoin—in August last year.

Following in Miami’s footsteps, Rio now wants to become the next technological and cryptocurrency hub in South America. Speaking of this at the conference, Mayor Paes said:

“Rio de Janeiro has everything it takes to become the tech capital of South America. Events like the Rio Innovation Week come to strengthen the city’s image as the perfect place to work, live, and innovate.”

According to Rio’s Finance Secretary Pedro Paulo and Secretary of Economic Development, Innovation, and Simplification, Chicão Bulhões, the city’s administration has also considered offering additional discounts for tax payments paid in Bitcoin. Today, residents of Rio already enjoy a 7% discount on property taxes, but according to the new rules, that discount could be as much as 10% if paid with Bitcoin. According to the representatives, the goal of the tax incentive is to entice crypto companies from the region to migrate to Rio.

Rio de Janeiro is expected to publish a decree later today establishing a working group that would handle all of the issues surrounding the city’s intended Bitcoin purchases.

Disclosure: At the time of writing, the author of this piece owned ETH and several other cryptocurrencies.

Francis Suarez, Mayor of Miami, suggested in an interview this morning that a “Bitcoin yield” for city residents may soon be on the way. The initiative is part of Suarez’s…

How SocialGood Is Offering 100% Crypto Cashback on Online Shopping

In recent years, the rise of Bitcoin and tokenized assets has made the cashback vertical ripe for disruption. Within the cashback market, blockchain-based loyalty networks are rising in popularity among…

Miami Mayor Will Accept Next Paycheck in Bitcoin

Miami mayor Francis Suarez has committed to taking his next paycheck in Bitcoin along with other city workers. Suarez Will Be Paid in Bitcoin In a Twitter comment today, Suarez…

Miami Mayor Francis Suarez is considering allocating a portion of the city’s treasury reserves into Bitcoin. He wants to turn Miami into the country’s friendliest crypto city. Miami Mayor Warms…