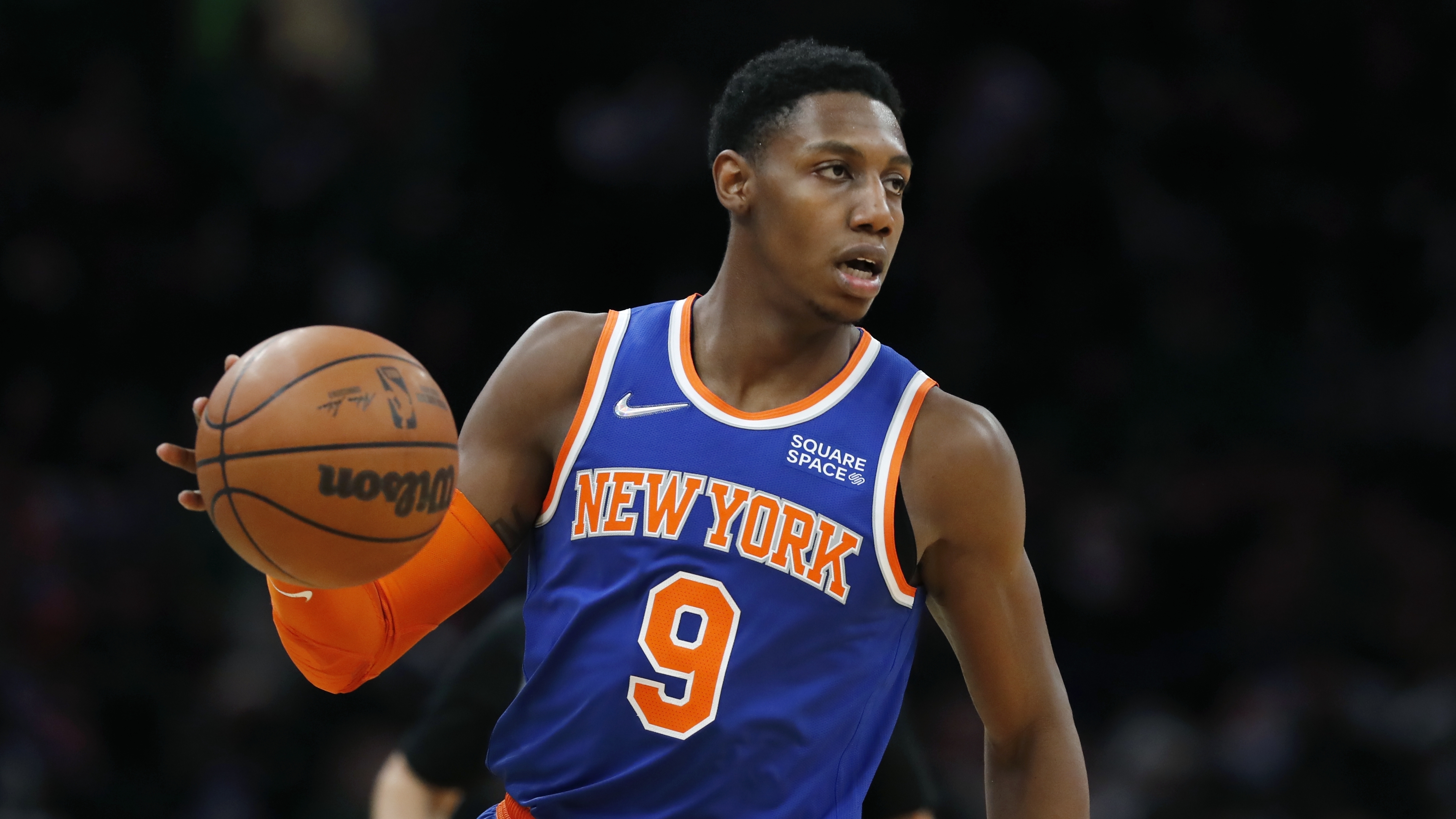 The New York Knicks got back to .500 with a 108-85 victory over the Dallas Mavericks at Madison Square Garden on Wednesday. RJ Barrett had 32 points as New York improved to 21-21.

Knicks say Barrett is the youngest player in franchise history with consecutive 30-point games – removing Porzingis from the record book.

The Mavericks fell to 22-19 and had their six-game win streak come to an end. Luka Doncic led the team with 21 points and 11 rebounds in the loss.

Dallas was without head coach Jason Kidd and power forward Kristaps Porzingis, who are both in the NBA’s health and safety protocols.

For much of the season, New York’s starting five has struggled to find a rhythm together. That wasn’t the case on Wednesday, as all of the starters scored in double figures for the Knicks.

New York did a great job of sharing the basketball early on with 13 assists on their 20 field goals in the first half.

If you throw it up, Mitchell Robinson is going to throw it down!

Watch the @nyknicks on ESPN! pic.twitter.com/ENKZwE2V5s

Everybody eats. Stay locked in. pic.twitter.com/zoxtRE4TtU

The Knicks built a lead of as much as 25 in the second half thanks to some efficient play. New York attacked the rim relentlessly and shot 12-of-17 (70.6 percent) in the third quarter with only three of their field goal attempts coming from outside the three-point line.

Veteran guard Alec Burks was excellent in his role as distributor and finished with six assists. Randle made some nice passes on the interior and he also made good decisions on when to look for his own offense. Barrett was consistent from both inside and outside.

RJ throws it down at MSG 💥

Knicks lead after the first on ESPN 📺 pic.twitter.com/rZEA0iMeGs

Mitchell Robinson muscles in for the dunk 💪 pic.twitter.com/Erx63XVhkD

Mitchell Robinson had 19 points on 9-of-10 shooting with 10 rebounds. Evan Fournier added 13 and Burks finished with 10. The Knicks also played a relatively clean game, finishing with 24 assists against just eight turnovers.

New York has not had the first half of the season that it had hoped for, but this recent stretch is something to build on going forward. The Knicks have scored over 100 points in each of their last four wins. If New York continues to play like this, it will be in position to fight for a second consecutive trip to the postseason.

The Mavericks had their opportunities on Wednesday but quite simply, they didn’t make shots. Dallas shot a horrendous 8-of-37 (21.6 percent) from three-point range in the loss.

The peculiar thing about it is that the Mavericks ran good offense and consistently had good looks. Doncic and company used good ball movement to generate open shots for one another, but they just didn’t connect.

Doncic shot 1-of-9 from beyond the arc. Swingmen Tim Hardaway Jr. (1-of-7) and Dorian Finney-Smith (0-of-4) didn’t hit the shots they normally make. Maxi Kleber was second on the team behind Doncic with eight three-point attempts, but he only made three of them.

Dallas’ defense also faltered against the Knicks. Wednesday’s game was just the second time in their last seven contests that the Mavericks have allowed an opponent to score more than 100 points.

Dallas has shown the ability to shoot at an efficient rate, so Wednesday’s dismal performance was likely an anomaly. But the Mavericks will have to find a way to adjust their game plan when their outside shots aren’t falling. Instead of jacking up threes, the team would do better if it pushed the pace and attacked the basket.

The Knicks will enjoy a couple days of rest before traveling to face the Atlanta Hawks on Saturday. The Mavericks will remain on the road to take on the Memphis Grizzlies on Friday.