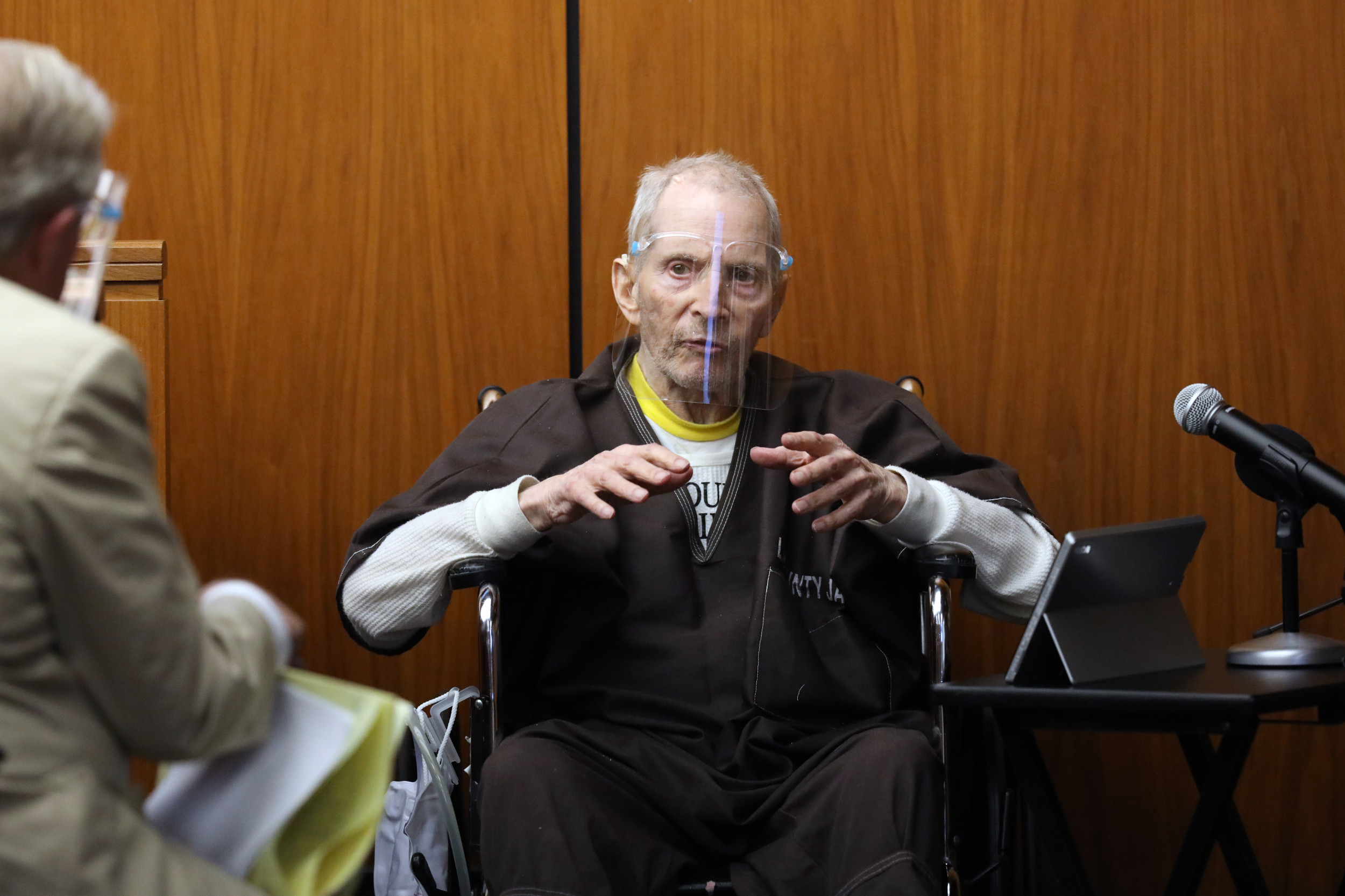 The jury is set to begin deliberating Tuesday in the case of millionaire real estate heir Robert Durst who has been accused of several violent crimes but is now charged with the murder of his best friend.

Durst, 78, drew massive public attention as the subject of a 2015 HBO true-crime docu-series, The Jinx, in which he allegedly confessed to killing his wife and others, though this has been disputed. The show prompted his current first-degree murder charge of his closest friend, Susan Berman, 55, in 2000, at her Beverly Hills home, with a bullet to the back of her head.

A key witness, Nick Chavin, who was a friend of both Durst and Berman, testified that Durst told him, “It was her or me, I had no choice.”

Prosecutors argued that Durst shot Berman to prevent her from incriminating him in the death of his first wife, Kathleen Durst who disappeared in 1982. They allege after he confessed killing Kathleen to Berman, she helped Durst conceal the murder, and that Durst didn’t want Berman to share what she knew with the police. Durst also faces special circumstance allegations of killing a witness and lying in wait.

“Did you kill Susan Berman?” lead prosecutor John Lewin asked Durst on the stand according to court documents and reporting by CNN.

“But if you had, you’d lie about it, correct?” asked Lewin.

“Correct,” Durst answered, admitting he would be willing to perjure himself in court.

Dick DeGuerin and David Chesnoff, two attorneys working for Durst, argued in court that the prosecutors’ premise has not been proven or supported by evidence. Durst has not been convicted of killing his first wife, nor has a body ever been found.

On the stand, Durst denied killing both Berman and Kathleen Durst. However, jurors had the unusual experience of watching video footage of Durst seemingly confessing to the murders.

The filmmakers of The Jinx famously caught Durst incriminating himself on a hot mic following taped interviews, speaking out loud to himself in the bathroom:

While he is undergoing his first-degree murder trial, which has been postponed and restarted because of COVID-19, Durst has been serving a seven-year prison sentence for illegally possessing a .38-caliber revolver; this came down in 2016 as part of a plea bargain arrangement.

Newsweek reached out to Durst’s attorneys for comment but did not hear back before press time.