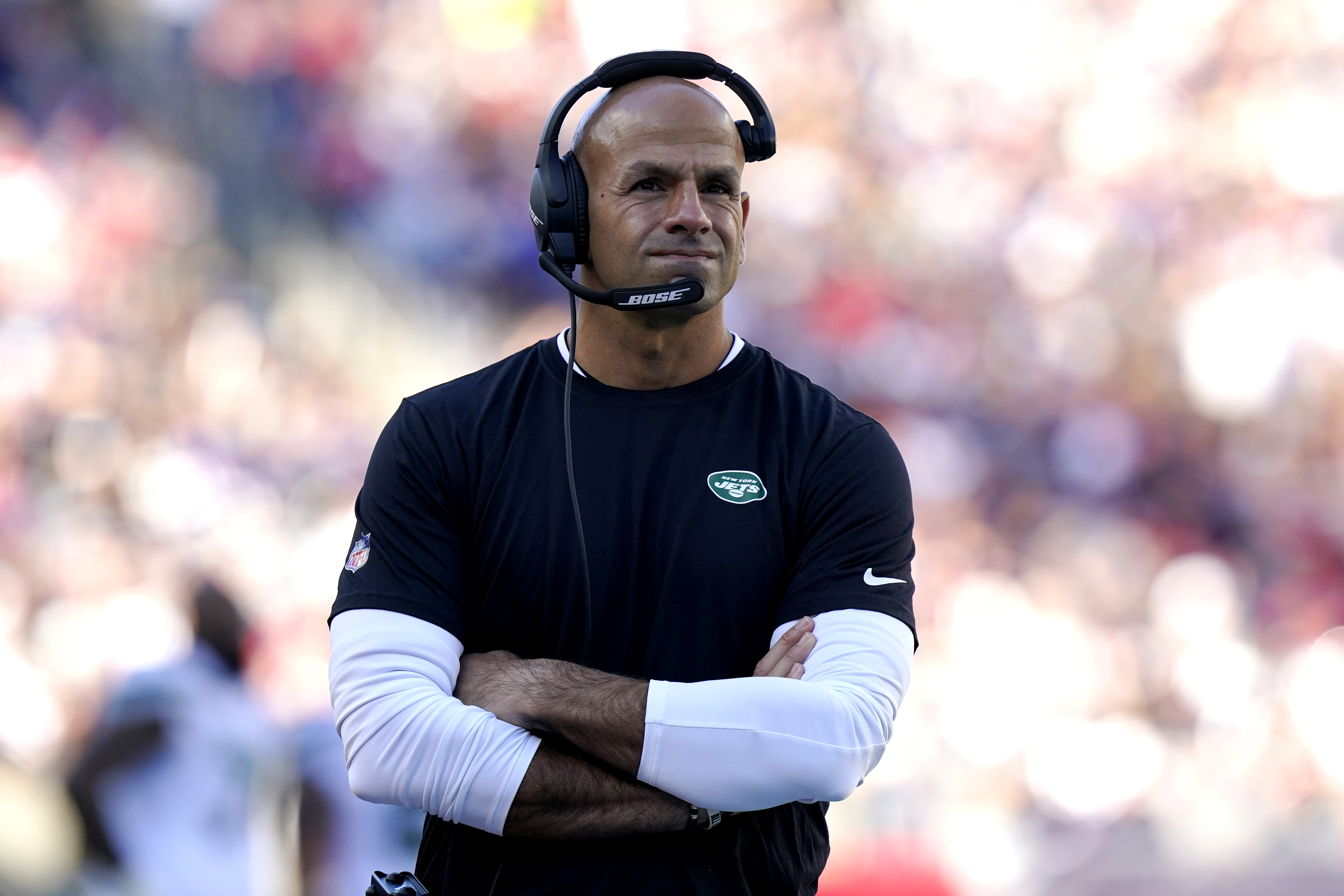 According to NFL Network’s Mike Garafolo, Johnson said at the NFL fall meeting that he has “unwavering, steadfast confidence” in Douglas, Saleh and the rest of the coaching staff amid a 1-5 start.

Johnson added:  “We will get it right. … Just a very young team with a 22-year-old quarterback. He’s seeing things for the first time.”

Johnson referenced rookie quarterback Zach Wilson, who was the No. 2 overall pick in the 2021 NFL draft out of BYU.

Wilson has had an up-and-down rookie campaign thus far, completing just 57.5 percent of his passes for 1,168 yards, four touchdowns and a league-high nine interceptions, but he has shown flashes of brilliance as well.

In a Week 4 upset of the Tennessee Titans, Wilson threw for a career-high 297 yards to go along with two touchdowns and one pick.

Wilson suffered a sprained PCL in Sunday’s 54-13 loss to the New England Patriots, and he is expected to miss two to four weeks. That means the inexperienced Mike White will likely start in his place with recently reacquired veteran Joe Flacco serving as the backup.

Saleh, who is in his first season as an NFL head coach, was widely heralded as a great hire by the Jets.

Prior to joining Gang Green, Saleh was the defensive coordinator of the San Francisco 49ers from 2017-20, and he helped lead the Niners to a Super Bowl appearance in 2019.

The Jets hired Douglas as their GM two years ago after he served as the Philadelphia Eagles’ vice president of player personnel from 2016-19.

Some of Douglas’ biggest moves since becoming GM include trading safety Jamal Adams to the Seattle Seahawks and drafting the likes of Wilson, offensive tackle Mekhi Becton and guard Alijah Vera-Tucker in the first round over the past two years.

There is understandably some impatience in New York regarding the Jets because they haven’t reached the playoffs since 2010, which is the longest active playoff drought in the NFL.

That drought isn’t likely to end any time soon, and it will indeed require patience to see if Saleh, Douglas and Wilson are the right ones to get the Jets back on track.