Rocket Lab now targeting Jan. 24 for 1st-ever launch from US. Here’s how to watch live.

Home /Science/Rocket Lab now targeting Jan. 24 for 1st-ever launch from US. Here’s how to watch live. 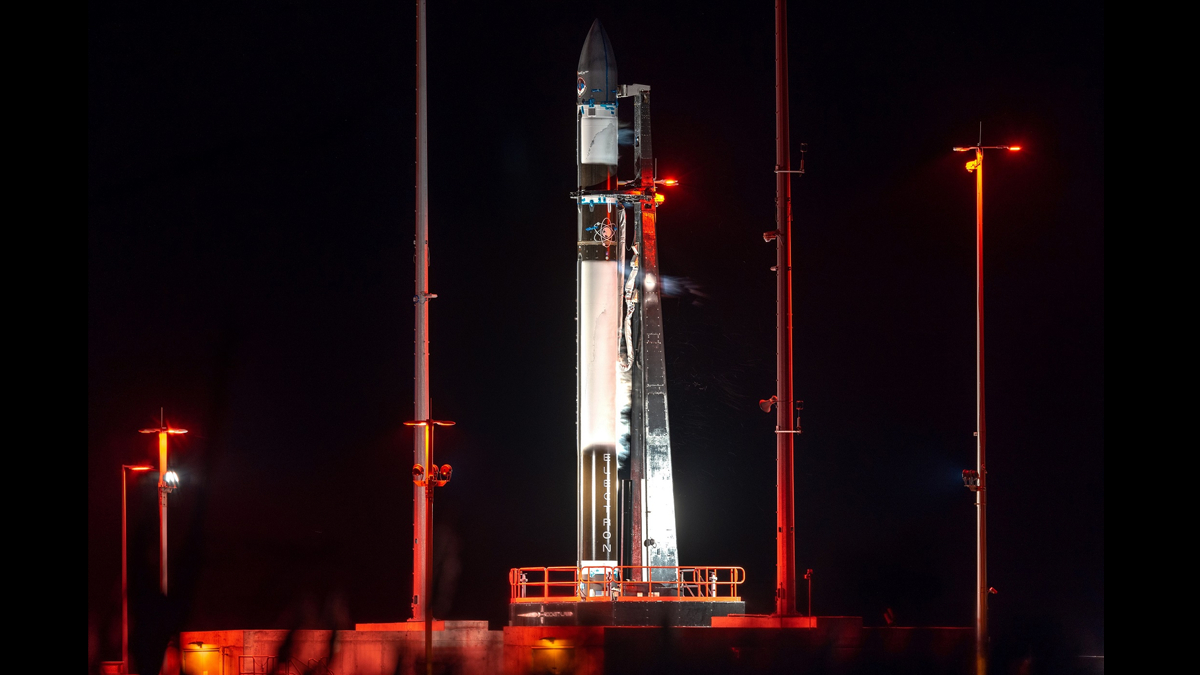 Rocket Lab had been targeting Monday (Jan. 23) for its “Virginia Is for Launch Lovers” mission, which will send an Electron rocket aloft from NASA’s Wallops Flight Facility in Virginia (hence the name). But Mother Nature didn’t cooperate.

Related: Rocket Lab’s 1st US launch may be visible along East Coast

People on or near the U.S. East Coast might be able to see “Virginia Is for Launch Lovers” with their own eyes, weather permitting. “From a distance, Electron will appear like a bright, fast-moving star in the sky,” NASA Wallops officials said via Twitter earlier this month, in a post that included a visibility map (opens in new tab) for the upcoming launch.

The 59-foot-tall (18 meters) Electron has launched more than 30 orbital missions to date. All of them have lifted off from Rocket Lab’s Launch Complex 1 on New Zealand’s North Island.

“Virginia Is for Launch Lovers” will end that antipodean monopoly, ushering in a new era for California-based Rocket Lab. The mission will launch to orbit three radio-frequency surveillance satellites for HawkEye 360, a Virginia-based company that provides customers with geospatial analytics data.

Rocket Lab will launch 12 more HawkEye 360 satellites over the course of three additional flights in 2023 and 2024.

Rocket Lab has recovered the first stage of the two-stage Electron during several previous missions, in one case even snagging the descending booster with a helicopter. Such work advances and informs the company’s quest to make the Electron first stage reusable, something it aims to achieve in the relatively near future.

There will be no recovery effort on “Virginia Is for Launch Lovers,” however; the first stage will ditch into the Atlantic Ocean, giving up its ghost at sea.

This isn’t the first time the elements have interfered with this highly anticipated launch. Rocket Lab had planned to fly “Viriginia Is for Launch Lovers” in December 2022, but bad weather pushed the mission into January.

Michael Wall is a Senior Space Writer with Space.com (opens in new tab) and joined the team in 2010. He primarily covers exoplanets, spaceflight and military space, but has been known to dabble in the space art beat. His book about the search for alien life, “Out There,” was published on Nov. 13, 2018. Before becoming a science writer, Michael worked as a herpetologist and wildlife biologist. He has a Ph.D. in evolutionary biology from the University of Sydney, Australia, a bachelor’s degree from the University of Arizona, and a graduate certificate in science writing from the University of California, Santa Cruz. To find out what his latest project is, you can follow Michael on Twitter.